November 24 2017
51
Britain decided to deploy in the Falkland Islands a new air defense system. According to a report from the defenseworld.net portal, the British Defense Ministry has officially announced the purchase of the Israeli Sky Saber missile system.


Sky Saber air defense system was created on the basis of the Israeli “Iron Dome” (Iron Dome). The main contractor for the contract, whose value is estimated at £ 78 million ($ 92 million), is Rafael Advanced Defense Systems. 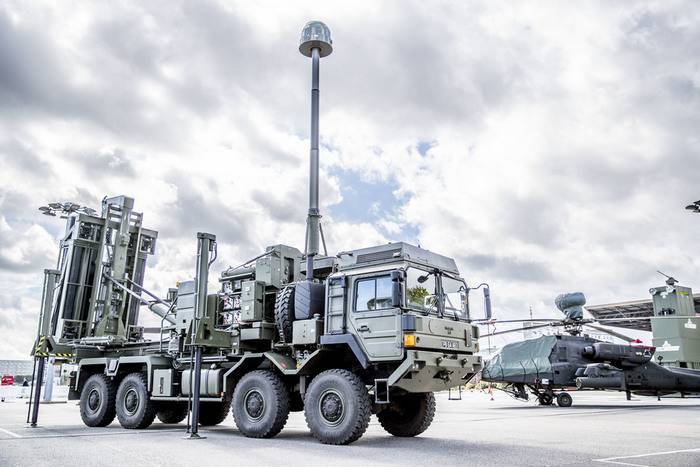 Land Ceptor Launchers used in Sky Saber air defense system
The purchase of the new air defense system was carried out within the amount of £ 280 million, which the Minister of Defense of the United Kingdom Michael Fallon promised to allocate for increasing the defense capability of the Falkland Islands. The military department indicates that Sky Saber should make full money already in 2020.

The Iron Dome system is designed to intercept unguided tactical missiles at a distance from 4 to 70 km. Its development began in 2006 year, and the first successful tests took place a year later. In 2011, the battery was deployed in Israel between Beer Sheva and Ashkelon, where it demonstrated 100% efficiency by shooting down all eight Grad rockets launched from the Gaza Strip in the aforementioned cities, reports "Warspot"