November 24 2017
64
The commander of the battalion "Ghost" of the armed forces of the self-proclaimed Luhansk People's Republic (LNR), Aleksey Markov, announced the destruction of the sabotage group of the Armed Forces of Ukraine (APU) near the city of Svetlodarsk. About this he wrote on his page on the social network "VKontakte".

Today, dill once again tried to move to our position. The end was a bit predictable: four “two hundredths” on their part, two “three hundredths” from ours
- said Markov. He added that the soldiers of the APU jumped on two enemy machine guns. 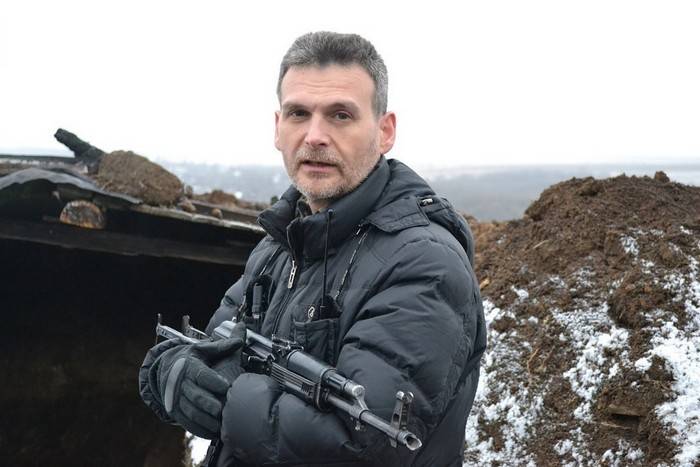 I still can not understand what they expected
- noted the battalion commander "Ghost".

In turn, the Ukrainian volunteer Semen Kabakayev on his Facebook page reported that there were many dead and wounded in the Ukrainian Armed Forces.

Called from the front line, the mood is disgusting. There are a few missing people who are currently evacuating.
- he said.

The press center of the ATO headquarters reported that in just one day, the APU had lost five people killed.

On November 22, Ukrainian volunteer Yury Mysyagin said that the Ukrainian army had launched an offensive in the Svetlodarsk area. According to him, the Armed Forces of Ukraine seized several villages and strategic heights, reports "Lenta.ru"

Ctrl Enter
Noticed oshЫbku Highlight text and press. Ctrl + Enter
We are
Reports from the militia of New Russia for 27-28 September 2014 of the year
64 comments
Information
Dear reader, to leave comments on the publication, you must to register.