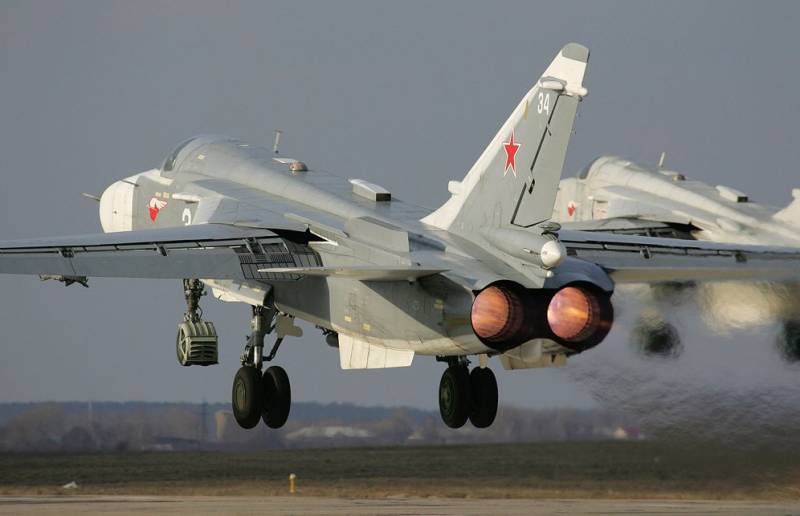 The entry into service of the Belarusian army of the latest models of missile weapons, such as the Polonez MLRS, does not at all remove the issue of updating the aircraft fleet from the discussion. And here the situation is just very pitiable.

It’s no secret that aviation Belarusian Air Force and Air Defense Forces require replenishment with new aircraft. And if it’s all the more or less normal with fighter jets - the existing MiG-29s, together with the Su-30s planned for purchase, are able to ensure the fulfillment of tasks for destroying an air enemy, then with bombing and attack aircraft everything is much more complicated. Not to say that it is very bad.

Su-24 bombers are written off, Su-25 attack aircraft already have a significant amount of time (some aircraft have exchanged 40 years), and their decommissioning is due soon due to moral and physical deterioration. However, strike airplanes for Belarus are necessary, as modernized MiGs and Su-30 planned for purchase, in spite of their versatility and versatility, cannot become a full-fledged replacement for decommissioned bomber and attack aircraft. Even the new Yak-130 combat training aircraft, which can be used as light attack aircraft, will not be able to cover the entire range of shock missions necessary to support the ground forces.

It cannot be said that the new Belarusian MLRS “Polonez” are bad, but they cannot completely replace strike aviation. Yes, and when issuing technical specifications for their development was not such a task. Moreover, in modern combined-arms combat, it is bomber and assault aircraft, in cooperation with the missile forces, that are capable of inflicting the most noticeable casualties on the enemy’s strike forces.

Unfortunately, the modern society of Belarusian “military-couch” experts, looking at the military conflicts of the last decades in Afghanistan, Iraq, Syria, and southeastern Ukraine, suggest that the era of wars by the full-fledged armies of the opposing countries has already sunk into oblivion. And, blindly copying such an "invaluable" experience, they offer our Air Force, in exchange for bomber and attack aircraft, to master a new type of "anti-guerilla" aviation, considering as an example the light turbo-prop aircraft "Super Tucano" manufactured by the Brazilian company Embraer.

I will not quote the fantasies of such “pseudo-experts”, but I will say that if you follow their ideas, you can ensure that in the event of a full-fledged conflict, the Belarusian army can remain without air support. And in which case, the positions of operational-tactical missile systems of the Atakams type attached to the NATO army corps will have no one to strike. As well as the command posts of the same associations, their rear units will also remain unaffected. One "Polonaise" all these tasks can not be closed. To prevent this in no case be impossible. Especially considering the pace of building up the Alliance groupings at the borders of the Union State of Belarus and Russia.

By the way, anti-partisan missions, together with air support of the ground forces, can perfectly perform fire support helicopters. To quickly respond to requests for support from motorized rifle units and units, jump platforms are equipped where helicopters can be refueled and equipped with ammunition. Booking rotorcraft as much as possible so that they perform the functions of fire support of the ground forces and fought with tanks and other armored targets of the enemy.

Here are just new strike airplanes and helicopters for the Belarusian military budget are still a very heavy burden. The option of replenishing the aviation of the Air Force and the Air Defense Forces of Belarus exists - the aviation of the Russian VKS is actively replenished with new machines, replacing the old aircraft.

If the pace of deliveries to the Russian military units of the new Su-34 multi-purpose fighter-bomber remains the same, by the 2020, they may well replace the “old men” Su-24 (M, M2, MR). But many of these airplanes to be written off will still retain a sufficient resource for the airframe and engines, which can be actively used for at least another ten years. What are these bombers, we saw the results of their combat use in Syria.

Just due to the supply of upgraded Su-24 bomber (M, M2, MR), Su-25 SM attack aircraft, as well as Mi-24 helicopters, you can save the strike aircraft of the Belarusian Air Force and air defense forces. And not the invention of some highly specialized and expensive "anti-paris" "Super Tucano".

Ctrl Enter
Noticed a mistake Highlight text and press. Ctrl + Enter
We are
About Stalin and KhrushchevWhat you didn't want to know about England
50 comments
Information
Dear reader, to leave comments on the publication, you must to register.