Training with sappers began at the Russian base in Armenia

November 24 2017
4
Instructor-methodical studies began with the soldiers of the engineering and sapper unit of the Russian military base located in Armenia, reports RIA News message of the press service of the Southern Military District. 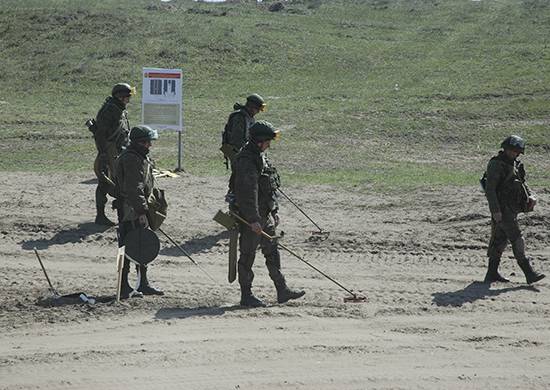 Sappers training camps are conducted under the direction of the head of the engineering service of the compound in preparation for the new training period and will last for a week,
said the head of the district press service Vadim Astafiev.

According to him, “during theoretical studies, military personnel will study the tactical and technical characteristics of modern mine detectors, the composition and nature of various explosives, an algorithm for searching, detecting and eliminating explosive items during combat training.”

It is reported that "when learning practical actions, sappers will learn to perform more than 30 of various standards for searching for ammunition at the Kamkhud and Alagyaz ranges." Classes will be held as part of engineering and sapper groups and departments using modern mine detectors, protective suits and trained mine search dogs.

More than 100 military personnel and more than 20 units of military equipment were involved in the events.