A warning has been made to the West: the Kremlin is shifting the economy onto a war footing

November 27 2017
202
The expeditious transition of large Russian enterprises of any form of ownership to the military rails will be the key to ensuring the military security of the state. This was stated by President Putin. What does it mean? The Kremlin is preparing for war? Or is it just about the insufficient pace of the necessary modernization? 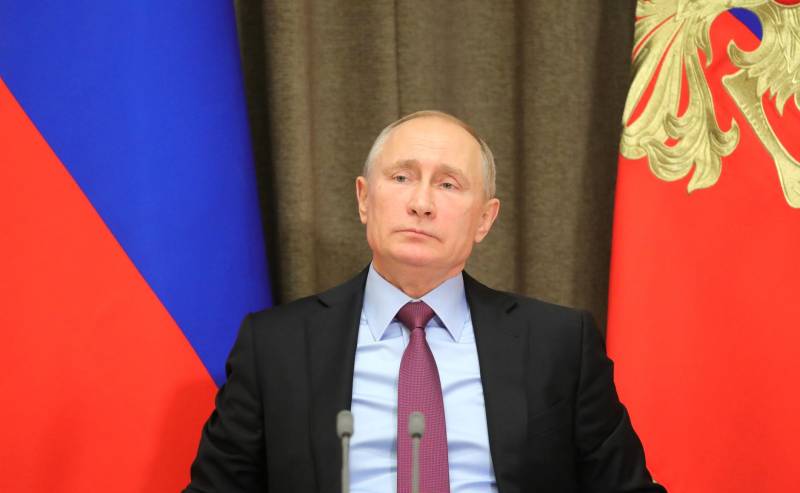 According to Russian President Vladimir Putin, large Russian enterprises, private or state-owned, should be ready for an operational transition to military rails and the manufacture of military products.

The ability of the economy to “rapidly increase the volume of defense products and services at the right time is one of the most important conditions for ensuring the state’s military security,” the president said. “All strategic and simply large enterprises, regardless of their form of ownership, should be ready for this,” added he.

V. Putin expressed such an opinion at a meeting with the leadership of the Ministry of Defense of the Russian Federation, the defense-industrial complex, heads of ministries and regions.

The president said that in 2015 — 2016, “we have already discussed this topic in some detail”. And the instructions concerned "the modernization of production facilities, the formation of a reserve of material and technical resources, ensuring the transportation of troops." According to the Russian leader, the relevant work "is carried out by ministries and departments under the leadership of the board of the Military Industrial Commission and in close cooperation with the Ministry of Defense."

At the meeting, the president proposed to sum up the results of this work, to report on the deficiencies of the past years and on “what problems could not be eliminated”. “Let's talk about all this in more detail and draw the appropriate conclusions for the future,” Putin concluded. 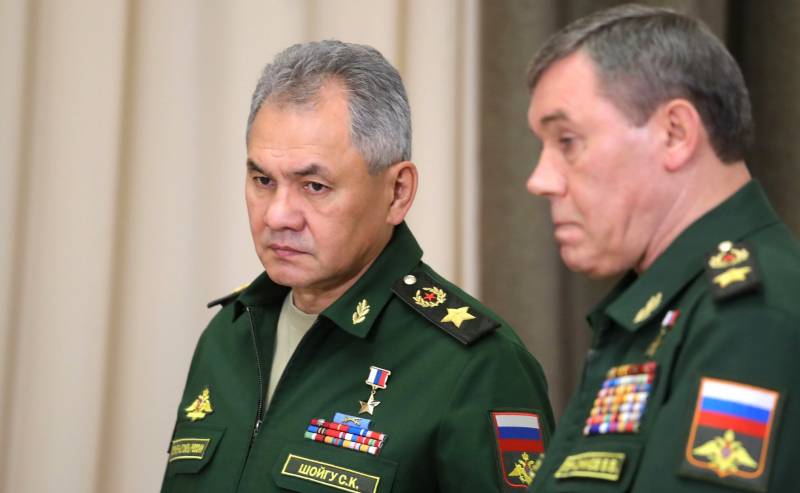 The reason for the statements about the modernization and increasing the volume of "defense products and services at the right time" were the recent military exercises of Russia and Belarus "West-2017", including, according to the president, the "civilian aspects" of the exercises. The leader of Russia, among other things, noted that "a comprehensive assessment of the provision of troops with transport and logistics services, food and medicine was carried out." However, as a result of the exercises, “certain shortcomings were identified”, which should be “carefully” examined, as well as “additional measures to improve mobilization readiness should be developed.”

“We need to once again analyze the capabilities of defense enterprises to rapidly increase the volume of military production,” said the President of the Russian Federation.

On the eve of the teachings of the state of NATO, they vividly expressed their discontent. In the Western press, there were statements by some European politicians and defense experts that the Russians had allegedly gathered to practice exercises in the lightning-quick seizure of the Baltic countries. In fact, similar joint maneuvers were carried out before, in 2009 and 2013. And this is surprising: the Baltic countries are still free from the “Russian yoke”! However, the European and American giants of strategic thought, the unwillingness of Russians to conquer anyone, does not prevent them from accusing Moscow of "World conspiracy". The Russians are operating in Malta, the Russians are intent on “annexing” Catalonia, etc., etc. In Poland and the Baltic States, the invasion of the Russian army has been waiting every day for a year already.

At a meeting with military leaders and representatives of the military industrial complex by the president, some specific details were expressed regarding the provision of permanent combat readiness with modern weapons to the Russian units. In particular, the president saidthat, thanks to administrative pressure on arms manufacturers, it can be hoped that the proportion of modern weapons and equipment in the units of constant combat readiness by the end of 2017 of the year can be brought up to 60%.

The emerging positive trends in the planning, deployment and implementation of the state defense order should be consolidated: it is necessary to ensure that the links of the interconnected system work effectively.

To date, 170 anti-aircraft missile systems and 1950 multi-purpose vehicles have arrived in the troops. According to the President, “within the framework of the tasks already completed, the troops received 3400 units of the main types of the latest and modernized weapons, including 16 warships and ships, 190 modern planes and helicopters, 800 tanks and armored combat vehicles. "

V. Putin specified that all new samples were tested in Syria, that is, in a combat situation. “Work in combat conditions confirmed the high characteristics of Russian weapons,” the president said. “Its traditional advantages are ease of operation and reliability in use.”

It should be recalled, we note that after the Ukrainian coup and the beginning of the Kiev crisis, the NATO bloc strengthened its forces in Europe, primarily in the Baltic region. In addition, missile defense is “settling down” in the Czech Republic, Romania and Poland. Poland becomes a kind of American “outpost” in the European Union, and not only economic (Warsaw began to buy American gas on a regular basis: signed an agreement for five years), but also defense. Both Poland and the three Baltic republics are making plans to strengthen air defense. And, be that as it may, in reality, all these plans and projects carry a threat to Russia, which the Kremlin cannot ignore.

Columnist MIA "Russia Today" Rostislav Ischenko notes that when President Putin speaks of the need to increase the level of enterprises' readiness for the transition to military rails, it is about providing the country's armed forces with materials, a repair base and maintaining mobility. “The latter is especially important for Russia: a potential military confrontation with the West is guaranteed to develop in two remote theaters (western and eastern). It is necessary to ensure resource self-sufficiency of groups of troops in remote regions (Far East, North), as well as in exclaves (Kaliningrad, Crimea), which, if a military scenario develops, may be temporarily cut off from the main territory of the country, ”writes a columnist.

There are grounds for such an opinion: in the case of the beginning of a military conflict, not a single state can fundamentally increase the production of tanks, aircraft and warships due to the complexity of modern military equipment. In addition, “after a year or two since the outbreak of hostilities, due to the depletion of stocks, the army is lacking spare parts, ammunition, uniforms, fuel and lubricants, personal protective equipment, vehicles, as well as specific equipment such as sights, thermal imagers, artillery radar and so on, ”recalls the browser.

The analyst does not admit thoughts like slogans and does not say that the said transition to “rails” will be achieved immediately after the meeting with the president. On the contrary, Ischenko is sure that the “main burden” of such a message from Putin is “still a political and diplomatic one”. The objective of this statement is to demonstrate to the opponent states that Russia takes into account the possibility of worsening relations, including the loss by Western elites of control over the process and the breakdown of military blackmail policies into military conflict. A political demonstration “should cool down hotheads in world capitals and make us think about the possible consequences of inadequate policies not only for the American elites, but also for their European partners,” adds a columnist.

Obviously, we add that the Kremlin is not prepared to turn the whole country into a military camp preparing for a third world war, whose topic is artificially inflated in the USA and in Europe (often in the Baltic States and Poland, rarely in Sweden and Denmark). Another thing is noticeable: Moscow intends to put the industry on a kind of Soviet rails, when the defense process was of paramount importance: to organize the activities of enterprises in such a way that they could produce products not only for military but for dual use.

Hence, the president’s theses on the need for enterprises to switch to defense production, which will ensure the military security of the state. With this approach, enterprises, including private ones, will be able to switch to the production of weapons, equipment and ammunition.

This is a kind of step towards the Soviet planned economy, for without plans, without planned defense orders, such a “modernization” is unthinkable. How realistic are these Kremlin plans? Is the military-industrial complex, including private business, ready to eliminate shortcomings, solve existing problems and move onto a war footing?

Today is premature to talk about it. This, in fact, is acknowledged by the president himself, when he notes that “it is necessary to once again analyze the capabilities of defense enterprises in rapidly increasing the volume of military production”.

Nevertheless, a new vector of development of the national economy is verbally designated: the defense industry. And the government seeks to give this new direction a serious pace of development.

Observed and commented on Oleg Chuvakin
- especially for topwar.ru
Ctrl Enter
Noticed oshЫbku Highlight text and press. Ctrl + Enter
We are
Situational analysis of the death of the MH17 flight (Malaysian Boeing 777), made on the basis of engineering analysis from 15.08.2014Bashar al-Assad: In Syria, not the “revolution” that the enemies are talking about, but the revolution of the army and the people against terrorists
Military Reviewin Yandex News
Military Reviewin Google News
202 comments
Information
Dear reader, to leave comments on the publication, you must to register.