Lugansk, November 2017: hibernation in Ukraine is over 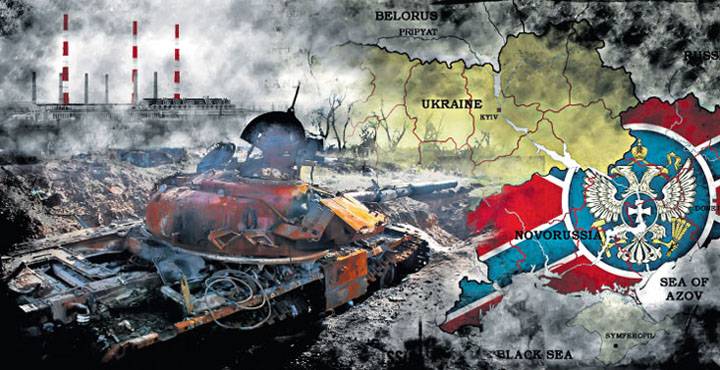 If you want to win the battle, you have to manage it. The 20-23 November 2017 events in Lugansk showed that Moscow’s actions here were timely. For three days Igor Plotnitsky resisted and did not want to surrender power. And this means that it was impossible to talk about 100% controllability of processes in the LC from Moscow. And this has been fixed. For three days.

Igor Plotnitsky lost. And he lost, not when a column of military equipment from the territory of the DPR entered Lugansk, but much earlier. He lost when, having started his game, he could not remain necessary to the system.

Ukraine and Donbass are waiting for change

The fact that Ukraine as a whole, and in particular the Donbass, is waiting for a change, is not only said by the lazy one. In recent months, a lot of iconic events have happened and more should happen in the very near future. 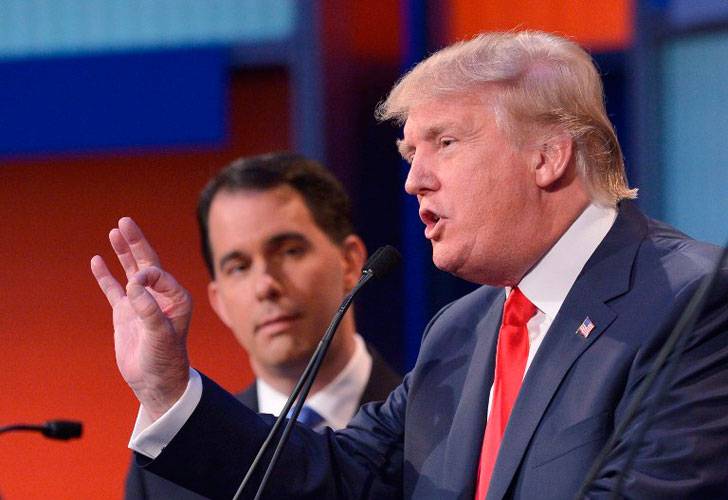 Donald Trump gradually enters the course of affairs in Ukraine and begins his game there. Kurt Volker literally lives on a plane, jerking between Washington, European capitals and Kiev. He is trying to build the new relationship matrix for Trump so that it does not interfere with the chief’s main foreign policy task: reach an agreement with Russia and untie his hands against China and Iran. And here Washington is ready to make any "sacrifices." Until the complete withdrawal from Ukraine.

Of course, temporarily, the next “pro-Russian” president will not put all the negatives of the current pro-American “pan-Armenian” onto the head of Moscow.

Although it can not be excluded that Trump is playing with Putin and honestly.

This game really does not like the American "democratic" opposition that has lost power. She considers it a "zrada" and every time hints Trump to impeach. She still manages to put a spoke in the wheels of the new administration in the White House, but she wants more. The “Opposition” wants to blow up the situation in Ukraine, in order not only to drive a wedge between Trump and Putin and prevent them from reaching an agreement, but also to create a situation when any agreements between them will become impossible.

Anticipating provocations and possible complications, Moscow began to prepare the counter-play toolkit “for all occasions”.

To this end, in the summer of 2017, the idea of ​​creating “Little Russia” was thrown into the information space. Why is this done? If suddenly hotheads in Washington still risk starting a risky game of revolution against the “legitimate” Poroshenko, then Ukraine will quickly be constructed on the basis of Donbass, which will start the fight not for the former Donetsk and Lugansk regions (the LC and the DPR do not see themselves further ), and for the whole "Nenko." That is, until the Rava-Russian. 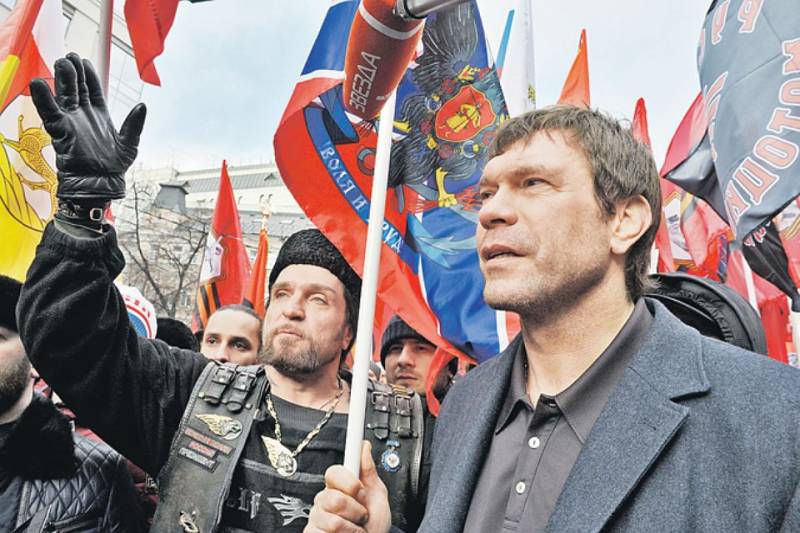 By the way, the project “Novorossiya” has not been forgotten either. He was laid on the shelf until the moment when Kiev started playing and finally disrupting the Minsk process. That, as we remember, was in the spring of 2015 of the year at the same time that the speaker of the Novorossiya parliament, Oleg Tsarev, and the Minister of Foreign Affairs of the DPR, Alexander Kofman, simultaneously reported on a temporary freeze of their “brainchild”.

And there is also the Minsk process itself, which so far is verbally committed to all parties to the conflict and all the “guarantors” behind them. And here too, according to the Kremlin strategists, nothing should prevent Moscow from pursuing its line. 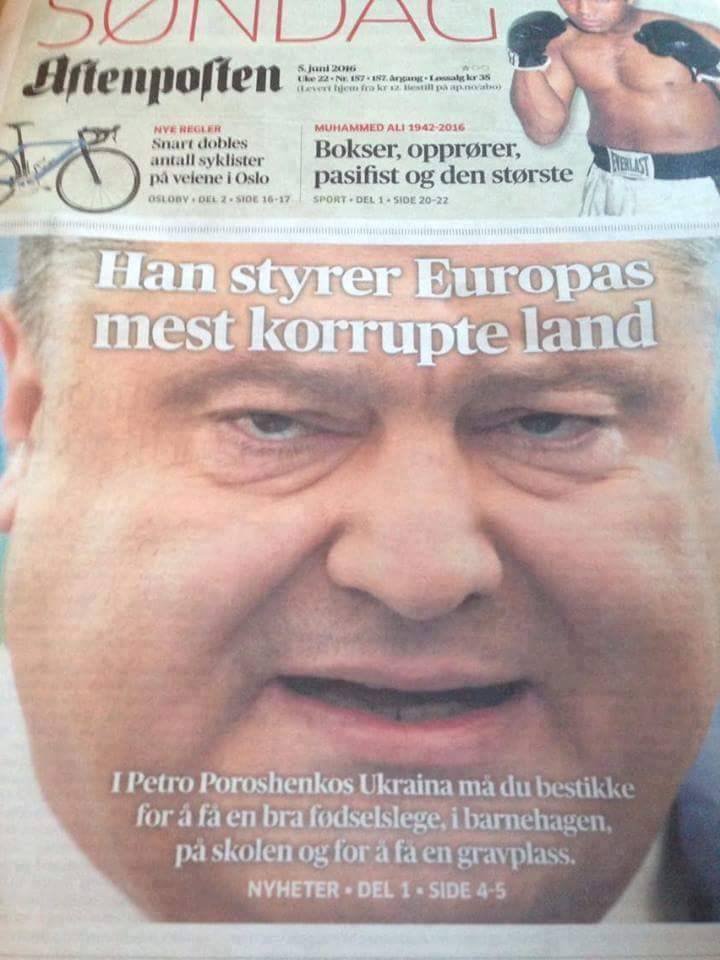 It is already obvious that the two-year “hibernation” in Ukraine has come to an end, and therefore both Moscow and Washington must be completely sure that no local initiative will ruin their big game. And it is not by chance that we both in Kiev and Lugansk saw almost simultaneously similar processes. Washington and Moscow are beginning to restore the controllability of their “tools” in order to expand the fork of possible solutions for themselves in the future.

The US is not succeeding yet. Mykhomaydan loading, so plainly and not starting, and the anti-corruption scandals in the United States and Europe against Poroshenko have not yet given the expected result. The regime in Kiev tenaciously holds power in its hands and is not even going to share it with its American allies, which is great to prevent it from leading the Ukrainian party.

Moscow in Lugansk put things in order quickly, in just a few days. And by the end, she did not create any problems for herself and today she can appoint practically any person to the position of the “leader of the LPR”. Thus, the fork of further decisions she has dramatically expanded, and process control is fully restored. Today, Russia is ready from the republics of Donbass to blind everything that it needs. From fully obedient and sharpened under the Minsk process, the LC and the DNI to "Novorossiya" and "Little Russia" (or whatever they might be called). And most importantly, as quickly as possible. 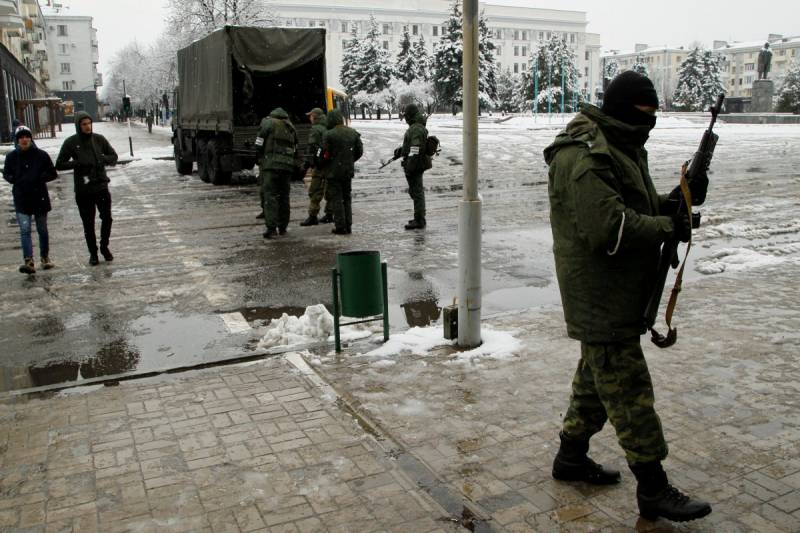 And at the same time, they chased the local officials who were snickering, who disgrace her and those ideas that she personifies.

Which scenario will be historywill see. Why is it now pointless to guess about this? The fact is that Moscow does not need to hurry. She is completely satisfied with the processes that are happening in Ukraine today. She is ready for any development of events and has prepared for this a variety of tools.

Americans need to hurry. But they cannot start a meaningful and clear game, since they cannot regain full control over Kiev. There are too many ifs. "If" Trump can push his line ... If the American "opposition" can blow up the situation in Ukraine ... And so on. And therefore anything can happen.

The main result of the “optimization” of management in Lugansk is that Moscow is ready to respond quickly to any change in the situation. And even strike a blow on the enemy, if he makes a big mistake in his actions (and this is despite the chaos that is happening in Washington, it is quite possible) and will give her that opportunity.