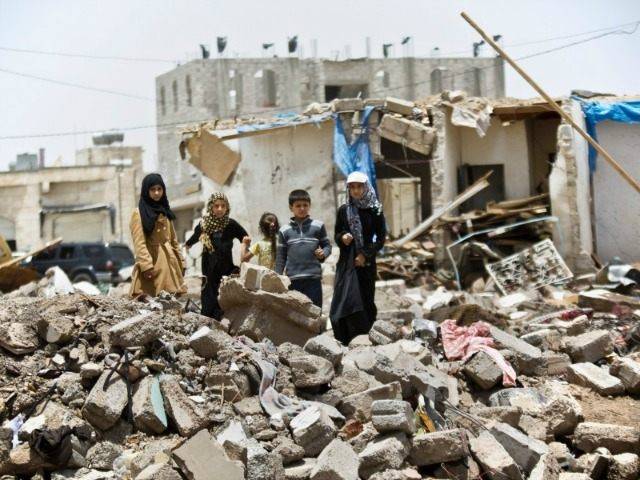 Seven years ago, a Tunisian street vendor set himself on fire in defense of his dignity, triggering an avalanche of public demonstrations in the Middle East. People in the region wanted what they were denied for almost a century - a fair order, a better life and a bit of freedom.

All that people got in return is an improved version of despotism and chaos.

Talking with a taxi driver is not the most trusted source of information about world politics. But a few weeks ago in Istanbul, a talkative driver said: “They say there will be war. This is what everyone whom I brought up lately say. ”
Speculations on the theme of "regional war" are becoming popular and to a large extent this is due to the death of the idea itself. This can be called progress and democracy, but people no longer believe in the linearity of historical progress and that over time all nations will become freer and more prosperous. All hopes that Turks, Arabs or Persians will live under free regimes have long died on the streets of Cairo and on the world stage.

It has been seven years since the beginning of the Arab Spring. The Middle East has nothing to wait. The demands of democracy in Bahrain, Turkey and Egypt have long been crushed by regimes. Economic reform has been replaced by corruption. Liberalism drained of blood; secularism has no supporters; Ba'athism, Arab nationalism and, as some argue, Islamism failed. Ideologies are no more, but there is no hope for change.

Even countries like Turkey, which once had good chances of creating a democratic order, are giving up. The late Fuad Ajami talked about the exceptional characteristics of this region: the global spread of democracy and prosperity has bypassed the Middle East for several generations. Freedom is also likely to do the same.

Of course, this sense of hopelessness does not lead directly to war. But this means that there is still something to lose.
“I really don’t know what will happen,” I told the taxi driver in Istanbul. Could a coup in Saudi Arabia be a harbinger of the war against Iran? Is Israel preparing for another battle with Hezbollah? Will Baghdad continue to fight Iraqi Kurds, or will Turkey’s internal Kurdish war move to Syria?

But can all this happen at the same time, after a convenient occasion, similar to the assassination of Archduke Franz Ferdinand in Sarajevo in 1914, as a result of which the Middle East turned into a Gobbes trap for the first time since the collapse of the Ottoman Empire?

The Middle East has not always been like this. Back in 2011, when the whole world believed for about ten minutes that this region was on the verge of a democratic revolution, I was at the Munich Security Conference, listening to Hillary Clinton. The then Secretary of State expressed a hot request from the leaders of the region to reform: “In the Middle East, we still do not see a combination of security and democratic development,” she said. “For decades, governments have not sought political and economic reform, which would make their states more democratic and responsible.

The status quo is unstable. Therefore, for all our friends, for all friends in the region, including governments and people, the challenge is to help our partners take systemic steps towards a better future, where people’s voices and respect for their rights and aspirations will be heard. This is not idealism. This is a strategic necessity. ”

But somewhere along the way, after the successful counter-revolution in Egypt, the unrest in Libya and Iraq, the civil wars in Syria and Yemen, the Arab spring has become a joke. In the West, everyone began to calmly say that the Middle East is not subject to democratization. No Western leader will say something like Hillary Clinton's speech in 2011, including her. Despots confidently sit in their places and are ready to make deals with the West. Western leaders no longer have the motivation to promote democracy.

When it comes to the Middle East, it has become fashionable to use the word “stabilization” rather than “transition.” No one else puts on democracy.

But has anything changed since 2011, when Clinton said that dictatorships are inherently unstable? Not. Monarchies and repressive regimes are always associated with the creation of instability. The gap between the people and the governments is still wide. Regional tyrants still lack good governance. Society is still heterogeneous.

Worse, the Middle East is now uninsured. The concept here of armed conflict is not newsBut a new round of tensions is developing against the background of an ever more crumbling liberal world order that is no longer so confident in its ability to transform the world. The self-absorbed United States no longer sees the need to maintain regional stability or try to improve the living standards of the Arabs. Russia is in the Middle East only to support the Syrian regime and maintain its own sense of national pride. Turkey is too vulnerable internally to fulfill its promise to be a “model”, and Iran just wants to expand the boundaries of its sectarian policies.

Nothing good will come of it.

Let's return to the idea of ​​war. Unfortunately, all the conditions for it. Borders can change, countries can become uncontrollable, and non-state actors can undermine the regime in Iraq, Syria or Lebanon. Sectarian wars could well continue in the region for another decade while the world watched the destruction of the most ancient stories.

If the idea of ​​democracy is dead, what else can you hold on to?