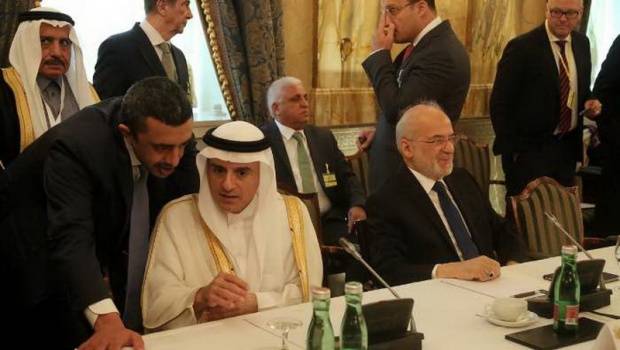 These days, a meeting of Syrian oppositionists is taking place in Riyadh, the declared goal of which is to develop options for resolving the crisis in Syria, as well as defining a further form of interaction of participants with the authorities of the Arab Republic.

The statement on the results of the conference, published on Thursday, in general, gave an idea of ​​the views and principles prevailing in the camp of the delegates from different groups and platforms present in the capital of Saudi Arabia. In particular, the opposition advocated the unity of the country's territory and declared the impossibility of secession of any part of it, while confirming "Syria’s commitment to a multiethnic and multi-cultural state, in which the constitution guarantees the rights of all national components." The document also contains a number of requirements, including the restructuring of national security agencies, the end of the “discriminatory policy” against the Kurds, the withdrawal of foreign armed groups and, most importantly, the withdrawal of Bashar al-Assad from the presidency at the beginning of the transitional political period.

It is worth noting that this forum started immediately after the meeting of the heads of Russia, Turkey and Iran in Sochi, where the problem of Syrian settlement was also discussed, the continuation of cooperation in the fight against terrorists was confirmed and a wide inter-Syrian dialogue was supported.

At first glance, the two aforementioned events are designed to serve one purpose — to preserve Syria as a state, to stop hostilities on its territory and to achieve consensus by all interested parties. However, the approaches voiced in Russia and Saudi Arabia differ significantly from each other. So, if in Sochi a key message was the need for the closest interaction of all representatives of the political process, first of all, the official Damascus and the opposition, then in Riyadh the conference participants continued to insist on changing the country's leadership, transforming key government bodies and transferring all further discussions to Geneva format. And this is despite the fact that the final post-war structure of Syria will obviously be discussed precisely in the framework of the Astana talks, in which real field commanders are present, and not in Geneva, where political emigrants, who call themselves representatives of the Syrian people, arrive.

However, the forum participants in the capital of the kingdom, no doubt, have an idea about the real balance of forces in the current situation and about their, to put it mildly, fragile positions. Moreover, since the US’s influence in the Middle East region has weakened considerably, one of their main allies, Ankara, has turned into opposition to Washington, being on one side of the barricades with Moscow and Tehran, Saudi Arabia, Qatar and their less influential partners and at all were in a very awkward position.

The fact is that the long-term support of the terrorist organizations by the countries of the Persian Gulf did not produce any tangible results due to the defeat of the latter by the government forces of Syria. However, disabling the Syrian settlement process is fraught for monarchies with a loss of influence in the region, which, in the future, could threaten their polity. In this regard, with some confidence we can assume that such excessive demands made during the talks in Riyadh are another attempt of their participants to fill their own price and try to extract the maximum possible benefit from the losing party.

In any case, the peace process has just begun and it is unlikely to be fast. The most important thing now is to implement it correctly and in stages. And here it is exactly the same that full involvement of all interested parties will be required.

Ctrl Enter
Noticed oshЫbku Highlight text and press. Ctrl + Enter
We are
Comparison of the current Constitution of the Russian Federation and the Stalin Constitution 1936 of the year.Kurdish question in modern Syria
Military Reviewin Yandex News
Military Reviewin Google News
5 comments
Information
Dear reader, to leave comments on the publication, you must to register.