"Boyars are bad", or Why you can not ignore the points of social tension

November 24 2017
194
Not much time remains until the moment when the candidates (party, non-party and near-party) enter the election race for real - with registration, slogans, airs. And then the composer is still that ... From Sobchak and Kati Gordon to the guardian of the people's interests of Mr. Polonsky. Naturally, this is in addition to the “opposition giants” Gennady Zyuganov and Vladimir Zhirinovsky, who essentially turned into heads of such segments of the ruling party’s partisan structure - such as the opposition, but it’s such a parliamentary one - “everyone ran and I ran”. 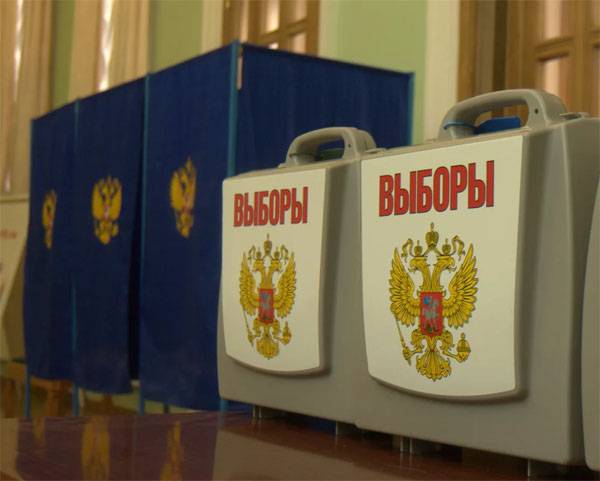 At the same time, citizens are well aware that the main candidate, although he has not yet officially announced entry into the race, has a deliberately huge rating advantage over all those who end up on the candidate’s paths. Understand this and those people whom the main candidate himself calls "partners." After conducting their own analysis, the “partners” realized that the 2018 year is not the option when it is necessary to embed hundreds of millions of “greens” in a non-system-opposition candidate, because if they succeed in being in the final list of candidates, this is only statistically. And just for the "tick" partners are not accustomed to work. They need a result.

Therefore, the chosen strategy is supposed to consist in actions from the opposite: not in financial and informational support of “their” candidate, but in financial and informational support and promotion of the anti-rating of the candidate “main”.
At the moment, there is a tactical game between the Kremlin and the "partners", in which one side pulls time, trying to declare the nomination as late as possible, while the other is in standby mode and save money in order to prevent a false start. And it can be assumed that as soon as the nomination of the main candidate will be announced officially, the “affiliate program” will start using implementation mechanisms.

All statistical monitoring services cite data on more than convincing presidential ratings of Vladimir Putin. It would seem that this automatically unhooks all the possibilities of foreign “well-wishers” to influence the outcome of elections in Russia. However, the training of "well-wishers" is such that the year 2018 meets them in the "succeed - great, not succeed - move on to the new cycle with an eye on the 2024 with received luggage." In other words, a long-term (medium-term) game.

At the same time, the current president’s political consultants, by definition, cannot fail to understand what the “partners” are, what to catch on in terms of rating undercutting attempts. Nor can they fail to understand that amid the obvious geopolitical victories won by Russia under President Vladimir Putin, there is a considerable number of unsolved problems in the country, to put it mildly.

It is quite clear that those who want, if I may say so, to work on reducing the electoral prestige of Vladimir Putin will decide to strike these painful points. And if the presidential team really intends to resist such blows effectively, then it is hardly necessary to build an election campaign on the thesis “Everything is fine with us, but if someone sees serious problems, then he is a scoundrel and generally a representative of the fifth column.”

So what are the points of social tension in the country, and in which of them is there still a concentration of social negative for a number of reasons? One of these points is the distrust of the local bureaucracy, the notorious local officials. This manifests itself in the course of any Straight Line with the President. The overwhelming majority of calls, SMS, video messages, questions via social networks are what can and should be solved on the ground.

Unfortunately, while building a strict vertical of power, something still went wrong, and there is no harmony and solidity when it’s not the president who decides problems with crumbling plaster in the stairwell, but a representative of the management company or an official in the district ( district administration). It is clear that people themselves often try to announce their problems louder, "jumping over their heads and positions." But this is precisely a question of trust for those who are trying to integrate into the vertical or have already built in on this or that hierarchical level. Moreover, it is also a question of the responsibility of those who undertook to make the life of an ordinary citizen in a particular city or village better — on their own as if they wished. Nobody dragged them there for their ears, and therefore, if they took it themselves, then they themselves should be answered.

Extremely painful point - the actual lack of personal responsibility in the government, even for the most serious mistakes. Most often, the person responsible for the obvious miscalculation "at best" gets reprimanded, or even completely transferred to the position with a smaller "headache", but with greater financial security. Nashkodil in one corner - go to another corner and do again what you want ...
In the same list, the fight against corruption. In fact, it seems to be being conducted - mayors, governors, and even ministers fall under investigation.

Some lose their jobs. But bad luck - a month goes by, a second, a third, a year, a second, a third - and the very understanding of responsibility is blurred by this clearly protracted time. Some get off by washing the bones in the media, others with a fine, thousands of times less damage, others with a suspended sentence and pardon. This causes a wave of indignation in society, but the wave subsides - and everything remains, in fact, in the same format. Extra expanse for those “partners” and their various henchmen who shout at all angles about the lack of results in the fight against corruption. And they can at least ten times be called henchmen of the "Washington Regional Committee", but they themselves give a reason. Or is it so difficult to admit, trying to convince ourselves that fighting corruption is generally “not ours” ... Or, the authorities have convinced themselves so much that they are seriously taking what is happening as anti-corruption measures.

Point of tension - the laws and their execution. Our laws are not for everyone, and this is a fact. The letter of the law, or rather its relation to it, can directly depend on the number and size of stars on shoulder straps, on the number of floors in a mansion, or on the degree of kinship with one or another servant of the people.

Enumerate, in fact, all this can be a long time. As long as possible to list and what has been done in the country in recent years is truly remarkable. It is important that aspirants to the presidency do not try to block the points of social tension with success and not only keep these points on a pencil, but also take steps to, if one can put it that way, de-escalation. After all, endlessly dragging a train of theses “boyars are bad” and “but 25 back was much worse and 125 years ago was even worse” is impossible by definition, even if it seems very convenient to many. After all, the "partners" have a dog's scent on all this - if the order is not periodically rebuilt by itself, then they will throw such garbage in a "neighborly" manner, which in the end will not be raked out with all the collective desire. History teaches

Ctrl Enter
Noticed oshЫbku Highlight text and press. Ctrl + Enter
We are
Project "ZZ". Sobchak and the front "dissatisfied." The people are "tired" from PutinSituational analysis of the death of the MH17 flight (Malaysian Boeing 777), made on the basis of engineering analysis from 15.08.2014
Military Reviewin Yandex News
Military Reviewin Google News
194 comments
Information
Dear reader, to leave comments on the publication, you must to register.