November 23 2017
2
The military engineers of the 58 Army of the Southern District completed a complete clearance of unexploded ordnance from the Dzartzi mountain range at the Russian military base in South Ossetia, reports press office YuVO. 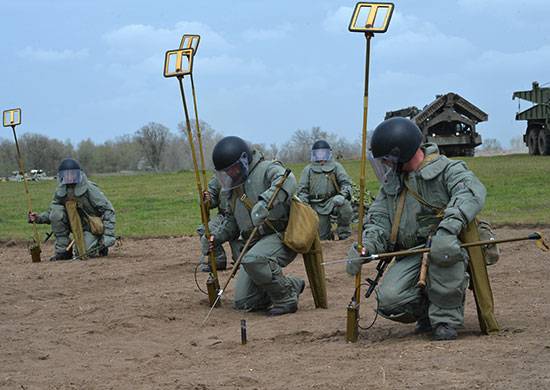 It is reported that "during the month, more than 3 thousand hectares were cleared at the range and military shooting ranges of the military base."

Detected explosive objects were destroyed on the spot by the method of detonation by an overhead charge. In total, more than 4-x thousand GPs were destroyed.

Ctrl Enter
Noticed oshЫbku Highlight text and press. Ctrl + Enter
We are
About 200 military personnel and 20 units of special equipment of the Central Military District attracted to the demining of the landfill near Samara
Military Reviewin Yandex News
Military Reviewin Google News
2 comments
Information
Dear reader, to leave comments on the publication, you must to register.