Living space for the elite. Ukraine wanted to clean up from the previous population

November 24 2017
84
17 January 1946 of the year in the Kiev House of Officers of the Red Army began a meeting of the military tribunal of the Kiev Military District, dedicated to the atrocities and atrocities of the German fascist invaders in the territory of the Ukrainian SSR. As is known, it is the territories of modern Ukraine and Belarus that have suffered the most from the war crimes of Nazi Germany. When 6 November 1943, the Red Army liberated Kiev, the soldiers and officers were amazed at the devastation, the horrors that came before their eyes. Tens of thousands of civilians in Kiev were killed, thousands - captured in German captivity.


Now in Ukraine, fairy tales are popular that Hitler Germany almost carried the liberation from the “horrors of Bolshevism” to the Ukrainian people. But then, in the distant 1946 year, all the actions of the “liberators” stood before the eyes of people who survived the horrors of the occupation. The defendants told about what was waiting for Ukraine - 15 war criminals from the number of officers and non-commissioned officers of the nazi police and special services appeared before the tribunal of the Kiev military district. 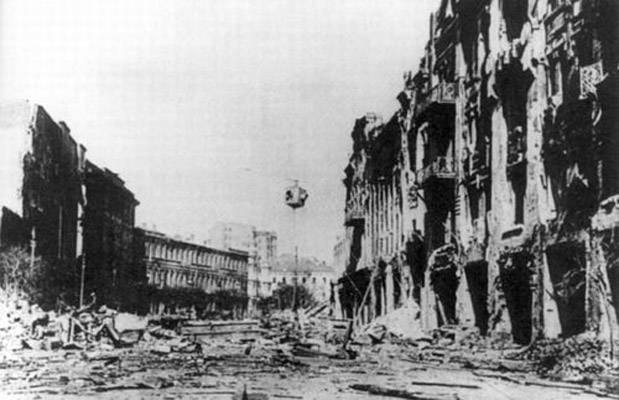 Before the start of World War II, about 910 thousands of people lived in Kiev. As in many other Ukrainian cities, a significant part of the population of the city were Jews - their number in percentage ratio exceeded 25% of the total population of the city. After the start of the war, 200 thousands of Kiev residents were mobilized to the front - almost all able-bodied men. About another 35 thousand people went to the militia. Approximately 300 thousand people were evacuated. Worst of all was those who remained at the time of the capture of the city by the Germans. Hitler's troops entered Kiev 19 September 1941, and hosted it for more than two years - until November 1943. Soon after the capture of the city began massacres of civilians. 29-30 September 1941, at Babi Yar, Hitler's executioners killed 33 thousands of 771 Soviet citizens of Jewish nationality. 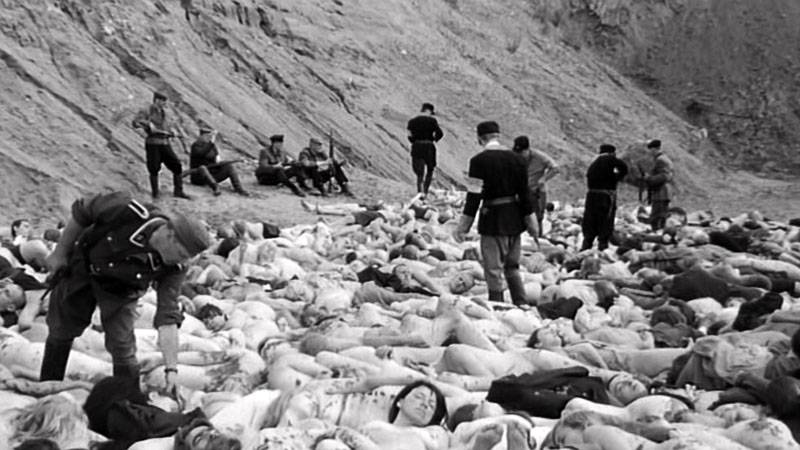 The liberation of Ukraine not only saved most of its population from the prospect of total annihilation, but also brought the long-awaited retribution to the executioners. The trial of the executioners of Kiev took place after the war.

The main defendant at the trial was, of course, Police Lieutenant General Paul Scheer. From 15 in October 1941 to March 1943, Lieutenant General Scheer led the security police and gendarmerie in the Kiev and Poltava regions, being the direct executor of the criminal orders of the Hitler leadership on the genocide of the inhabitants of Ukraine. Under the direct command of Scheer, punitive operations were carried out to destroy thousands of Soviet citizens, thousands of Soviet citizens were hijacked to Germany, and a struggle was being waged against the partisan movement and underground workers. It was he who gave the most interesting testimony - not only about the circumstances of the destruction of Soviet citizens on the territory of Ukraine, but also about what awaited Ukraine as a whole - if Hitler had defeated the Soviet Union.

It was the meeting at the main SS man that prompted Scheer, in his words, to proceed to the more cruel destruction of not only the Jewish and Gypsy, but also the Slavic population on the lands of Kiev and Poltava regions. 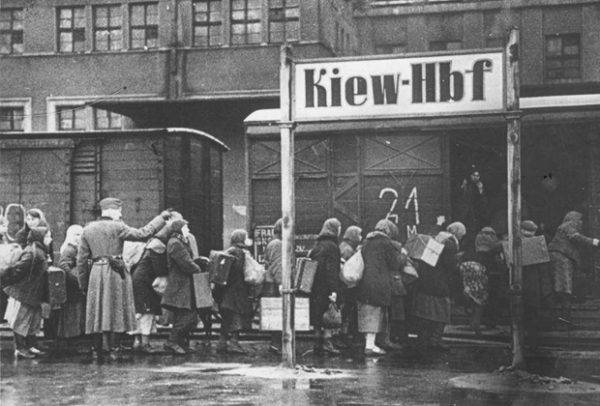 In fact, the plans of the “German world” (because it is not only the policy of Hitler’s Germany, but also the earlier aspirations of Austria-Hungary) included the establishment of control over the vast and rich lands of Ukraine for a long time. The idea of ​​separating Ukraine from Russia was fostered precisely in Austria-Hungary, since the Habsburg empire owned Galicia and counted, relying on the Russophobic part of the Galician nationalists, sooner or later to gain control over Ukraine. At the same time, the Austro-Hungarian leadership was not going to include all of Ukraine in the empire - it was counting on the creation of an independent Ukraine under the control of Vienna. Such a quasi-state would be a buffer between Austria-Hungary and Russia. But these plans failed to become a reality - in 1918, the Austro-Hungarian Empire, which lost the First World War, fell apart.

Unlike the Austro-Hungarian leadership, the Nazis viewed Ukraine not even as a buffer country for political games against Russia, but as a “living space” for the German people. It was to the east that the sphere of vital interests of the Germans was to expand. It should be noted that among the representatives of the political elite of Hitler's Germany there was no unity on the question of the future of Ukraine. Two points of view prevailed - “traditional” and “extremist”.
The "traditional" point of view was shared by the official ideologue of Hitler's Germany, Alfred Rosenberg. He saw in Kiev and in Ukraine a counterbalance to Moscow and the Russian civilization and insisted on creating a semi-independent Ukrainian state under German control. This Ukrainian state was supposed to be absolutely hostile to Russia. Naturally, the task of creating such a state required, firstly, the physical destruction of all "non-Ukrainian" and "unreliable" peoples on the territory of Ukraine - Russians, Jews, Gypsies, partly Poles, and secondly - support for Galician nationalists with their anti-Russian ideas and slogans .

The leader of the SS, Heinrich Himmler, adhered to the “extremist” point of view, and it was to her that the Fuhrer Adolf Hitler himself was ultimately inclined. She was in relation to Ukraine as a "living space" for the German nation. The Slavic population had to be partially destroyed, and partly to become slaves for the German colonists, who were to settle the lands of Ukraine. To accomplish this goal, Hitler chose a suitable candidate for the post of Reich Commissar - the governor of Ukraine - he was appointed honorary Obergruppenführer SS Erich Koch. 45-year-old Erich Koch, who came from a working-class family and was himself a simple railway employee in the past, was a rude and cruel man. On the sidelines, party members called him "our Stalin."

Alfred Rosenberg wanted to see Koch as Russia's Reich Commissar, since Russia planned to establish a more stringent regime than in Ukraine, but Adolf Hitler decided to appoint Koch to Ukraine. Indeed, it was difficult to come up with a candidate more suitable than Erich Koch to accomplish the task of “freeing living space”. Under the direct supervision of Erich Koch, incredible atrocities were happening in the territory of occupied Ukraine. During the two years of occupation, the Nazis destroyed more than 4 millions of people in Soviet Ukraine. Over 2,5 million people, again on the instructions of Koch, were taken into slavery in Germany. 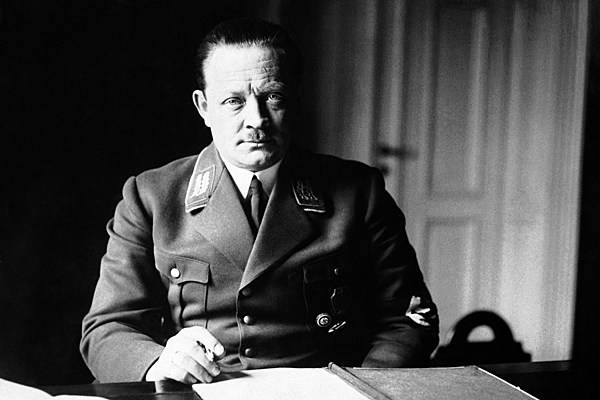 “Some extremely naively imagine Germanization. They think that we need Russians, Ukrainians and Poles, whom we would force to speak German. But we do not need neither Russians, nor Ukrainians, nor Poles. We need fertile lands, ”these words of Erich Koch best characterize the position of the Reich Commissar of Ukraine regarding the future that the Slav population was waiting for.

Koch's subordinates, the same generals, colonels, majors, captains, lieutenants and non-commissioned officers of the German punitive services, regularly put this position of their boss into practice. About the testimony of Lieutenant-General Scheer, we wrote above. Lieutenant General Burckhardt also confirmed that the mass extermination of the civilian population in the territory of occupied Ukraine was due to the fact that the German command believed that the more people were destroyed, the easier it would be later to pursue a colonial policy on the development of the “new living space”. When the Kiev Military District Tribunal interrogated Captain Oscar Wallizer, a former Ortkomendant of the Borodyan Interdistrict Commandant's Office, he asked why it was necessary to brutally kill civilians and, as a German officer, “had to destroy the Soviet population to ensure a wider living space for the Germans ". 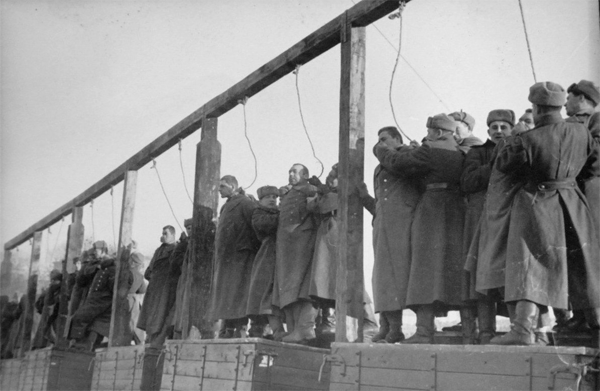 29 January 1946 of the year on Khreshchatyk was carried out the death sentence imposed by the main defendant tribunal of the Kiev Military District. Twelve German officers and non-commissioned officers were hanged on Khreshchatyk. But Erich Koch managed to escape the death penalty. He fled to the British occupation zone, where he lived under a false name. Koch took up farming, cultivated a garden, and maybe he could have avoided punishment. But the former high-ranking official unwittingly himself promoted his exposure - he began to actively speak at meetings of refugees. He was identified and soon Koch was detained by the British occupation authorities. In 1949, the British gave Koch to the Soviet administration, and she handed it over to the Poles, because under the leadership of Koch, there were atrocities on Polish territory. For ten years Koch spent waiting for a sentence, until 9 of May 1959 was sentenced to death. However, taking into account the state of health, they did not execute the former Reich Commissar of Ukraine, but replaced him with the highest measure with a life sentence. Koch lived in prison for almost thirty years and died only in 1986, at the age of 90.

History atrocities on the territory of Ukraine-a clear indication that the Nazis were not going to create some kind of independent Ukrainian state. The Slavic population was for the ideologues and leaders of Nazism "superfluous" on these fertile lands. Unfortunately, today, not only in Ukraine, but also in Russia, many people - and young people, and even the middle generation - are not quite aware of what the Soviet country would have had if Hitler Germany had won.