Faroese separatism, or, and where are you?

November 24 2017
9
What is the most northern region of the European region that carries separatist disputes in its society? Most probably will call Scotland with its kilts hoarfrost. And they will be wrong. The northernmost will be Lapland (no joke) and the Faroe Islands. The author decided to leave Lapland for a snack closer to the New Year holidays - the rebel Santa Claus, I think, is a fun combination for a festive mood. So look at the Faroes.


The Faroe Islands officially belong to the Kingdom of Denmark, consist of 18 islands (inhabited by 17). The population is about 50 thousands of people, the vast majority of whom (over 90%) call themselves Faroese, not Danes. Faroese language is more common on the islands, which is considered by the Faroese themselves as a language, not a dialect. In the 19 century, the Faroese received its own literary tradition, which strengthened its position. In 1938, this language became official in education, later in worship and, eventually, in official proceedings within the Faroe Islands. In the Faroese comes the press, television and radio broadcasting, all sorts of literature. The distance between the islands and Copenhagen - 1300 kilometers from the capital (or about 1000 kilometers from the Danish coast) also works to preserve the “Faroese” way of life and the culturing of moods for separation.

Despite their relative "youth", Faroese consider their culture, language and way of life to be very ancient. The main brick in the foundation of this faith is the Saga of the Faroese, a traditional literary work for the region relating to the 13 century.

The first attempt to break free of Denmark’s embrace was made by the islands immediately after World War II in 1946. The plebiscite held that year gave the right to the Faroes to declare the independence of the islands to parliament. Denmark instantly stopped the legitimacy of the archipelago’s parliament and announced re-election to form a new parliament. The islanders vibrated so much from their own independence that the new legislature of the Faroes was for the most part represented by members of the unionist parties. And already with this parliament, Copenhagen, in order not to inflame unnecessary sentiments, signed an agreement on granting limited sovereignty to the Fareram.

At the moment, the Faroe Islands have their own parliament (Lögting), the Prime Minister (now Axel Wilhelmsson Johannesen, a representative of the Unionist Social Democratic Party), the right of broad self-government, up to external economic contacts, even its own currency tied to the Danish krone.

At the moment, even though the Prime Minister of the Faroes is the unionist Johannesen, almost half of the parliamentary seats are left to supporters of independence. At the same time, while in the political independence movements in other regions of Europe (Flanders, Sardinia, Bavaria, etc.), there is at least some general ideology, for example, the completely separatist Sardinia parties of the left wing, then the Faroes are simply an ideological bazaar . What just is not there!

The Republic Party (Tjóðveldi), which stands for complete independence from Denmark and has 7 seats in parliament from 33, is openly of a socialist nature.

The New Self-Government Party (Sjálvstýri), previously adhering only to regionalism, after an alliance with more radical parties, began to advocate for full independence. At the moment, this party has two seats in Lögting. The very same sticks brightly liberal, with a roll to the left, views.

The Faroese People’s Party (Fólkaflokkurin), which has 6 seats in parliament, advocates liberal-conservative ideas. And, like other separatist colleagues, he sees the future of the islands outside the Danish crown.

After the split in the People’s Party of the Faroe Islands, another political force emerged that took a couple of seats in parliament - the Progress Party (Framsókn). The new party decided to take a fancy to the vacant patrimony of classical liberalism, remaining on the positions of the independence of the Faroes.

It is also worth emphasizing that all the other parties in Lögting, one way or another, are in positions of moderate regionalism, and their members periodically jump from party to party, without hesitation concluding alliances with yesterday's opponents. Partly because of this and the general parochialism and situational character of the political life of the islands, some parties and political groups have sunk into oblivion. Some were artificially reformed, and some lost their ardor. For example, the radical political group “Red May Day” (Den røde 1. Maj-gruppe), which ridden dissatisfaction with the NATO bases on the islands, did not last long. And the movement died down, because nothing more effective horror stories "red go" has not yet been invented.

However, the separatist sentiments on the islands are very much alive. Why? Tradition? A century of struggle? Economic benefits? Well, the tradition and the age-old struggle automatically disappear, since the Faroese themselves have not done or seen anything more courageously than the Faroese saga in the last hundred years. For their own sense of brutality and separatism of the islanders, there is enough reading of the ancient saga and the periodic extermination of dolphins at one of the mass events that are of a ritual nature for them. The entire ritual consists of driving a dolphin into the fjord and slaughtering helpless beasts with a sense of fulfilled male duty.

So, the economy cares about Faroese? The islands are a subsidized region with many privileges granted to the Fareram after the next bout of independence. For example, unlike Denmark, the Faroe Islands are not part of the EU. This little trifle allowed the islanders to carry out fishing without any restrictions in the form of quotas in the EU. On the contrary, the Faroe Islands issue quotas for European ships that they fish in their economic zone. Moreover, taking advantage of such broad privileges, despite EU sanctions, the Faroe Islands are actively exporting fish products to ... Russia. 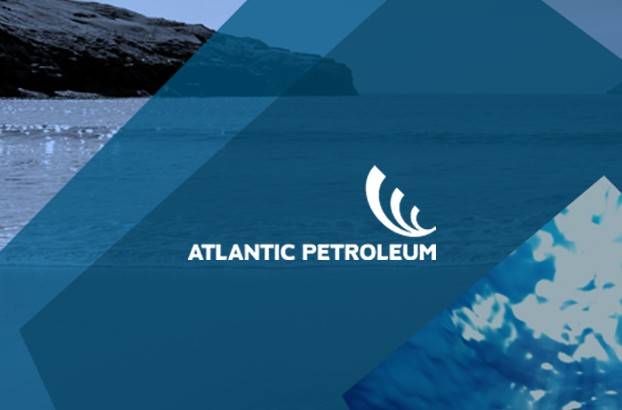 At the same time, ubiquitous hydrocarbons, which often make a significant contribution to the “centuries-old dreams of independence,” have been discovered in the region of the Faroe Islands. Despite restrained forecasts in terms of the development of this industry, the oil and gas company Atlantic Petroleum, registered in the Faroe Islands and founded in 1998, still exists today. And she even had subsidiaries in Norway, the UK and Ireland, that is, Atlantic Petroleum is developing not only the Faroese shelf. 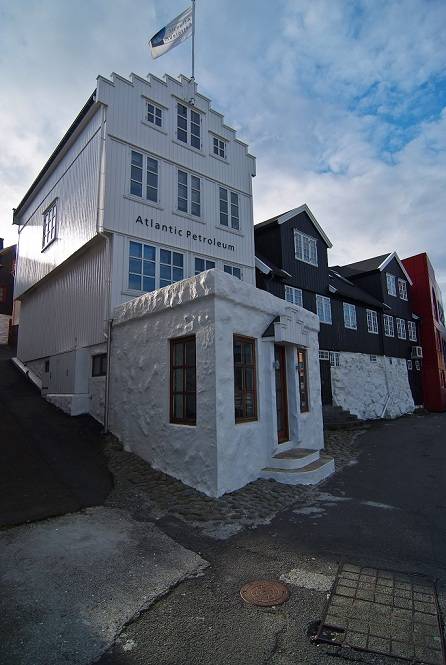 The oil company’s office is modestly so ...

However, until now, the Faroe Islands are not shy about patching holes in the budget at the expense of Denmark, accepting subsidies favorably. These same subsidies have become, in fact, the hydrant with which Copenhagen floods the centers of separatist sentiments of the islanders. How much this hydrant is calculated is unknown, as the mood to gain independence, also signed by proven oil reserves, began to actively ferment in Greenland, which also belongs to Denmark.

Therefore, looking at the various separatist movements in Europe, we can distinguish, for example, the separatist romantics (deep roots and ideas of cardinal changes for the better), separatist stubborn people (recall at least uncompromising Sard Salvatore Meloni) and separatist pragmatists (the latter want to get rid of subsidized regions like Flanders from Valonia). In this section, the Faroese separatists look like separatist blackmailers. This is evidenced by a political leapfrog on the islands themselves, the presence of almost half of the representatives in parliament, allegedly inclined to independence, and the tireless drawing of funds from the Danish budget.

One gets the impression that until the Copenhagen hydrant is dry, there will be no progress. And there will be petty blackmail with threats of a referendum so that the center only increases the size of subsidies (the figure has already exceeded the Faroese’s 10% of GDP). But Denmark already has a headache from Greenland alone, and it’s just ridiculous to expect the “hot” Faroese guys to go further than breaking through the heads of dolphins. Blackmail, he and blackmail on the islands.

Ctrl Enter
Noticed oshЫbku Highlight text and press. Ctrl + Enter
We are
Reports from the militia of New Russia for 27-28 September 2014 of the yearResults of the week. "Well, do not change me because of every idiot!"
Military Reviewin Yandex News
Military Reviewin Google News
9 comments
Information
Dear reader, to leave comments on the publication, you must to register.