November 24 2017
29
The theme of the world “Russian conspiracy” was revived in foreign media in the spring of 2017, when a scandal broke out with a statement by the Prime Minister of Malta, Joseph Muscat, who decided to cover up the corruption allegations with “Russian trace” and citing data from the CIA and MI6. True, in the homeland of Mr. Muscat for some reason called stupid. Nevertheless, the list of countries that have found a “Russian trace” is constantly growing. Not to be noted in it means to break away from fashion. 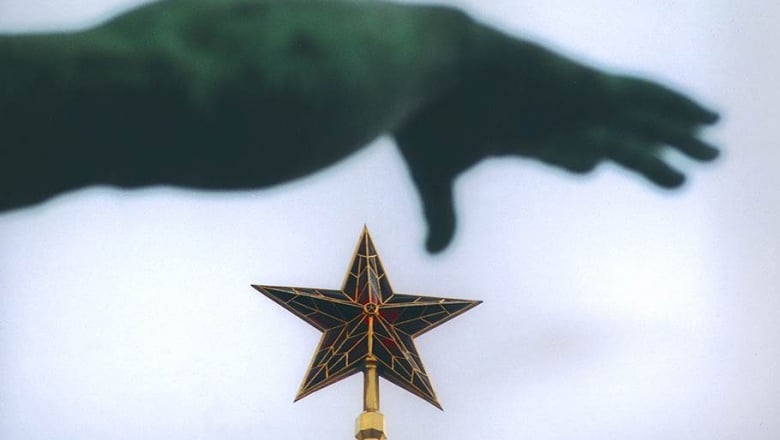 In May in Malta was found long "hand of the Kremlin." This very hand “intervened” in the political process in a small EU state. The “Russian conspiracy” was revealed with the help of the omnipresent agents of the CIA and MI6.

Local Prime Minister Joseph Muscat was at the center of a corruption scandal. Against the background of the announcement of early parliamentary elections, the mentioned Muscat hurried to report on the “Russian conspiracy” that was growing on the island. The prime minister spoke about the threat of Kremlin interference in the election campaign. As arguments, he referred to the data of the Security Service of Malta, which was warned by colleagues from the CIA and MI6.

According to Muscat, we are talking about the Kremlin’s intention to take revenge on his government in October 2016, when Malta refused ships of the Russian Navy carrier group to refuel in its port, and in May 2017, when the legislation on visa-free entry of citizens of Ukraine into the EU was approved . The last decision, signed by 17 in the European Parliament in May, was largely due to the efforts of Malta, the presidency of the EU Council.

At the local level, Muscat’s conjectures were ridiculed: Simon Buzuttil, the leader of the opposition Nationalist Party of Malta, called the Prime Minister’s statements “absolutely ridiculous and absurd”. According to him, Mr. Muscat made a stupid statement and "completely lost touch with reality."

In June, the “Russian conspiracy” was “uncovered” in Montenegro.

"The hackers associated with Russian intelligence, set their sights on Montenegro at the beginning of this year" - reported FireEye, a cybersecurity company.

The mentioned “FireEye” connects the “Russian attack” with the members of the hacker group “APT 28”. This is supposedly they launched a "malware". Earlier, in the 2016 year, these same people “are supposed to have intervened in the elections in the United States.”

The 2017 summer attack of the year is attributed to the fact that Montenegro “officially joined NATO”. “The expansion of NATO is often viewed by the Russian Federation as a threat to its security, and Montenegro’s application for membership was strongly challenged by Russia and pro-Russian political parties in Montenegro. It is likely that this activity is part of the ongoing attention of APT 28, which focuses on various NATO member states, as well as on this organization itself, ”said Tony Cole, vice president and chief technical officer of FireEye, at the briefing.

It is also reported that "APT 28" is known by the names "Fancy Bear" and "Sofacy". This group "regularly uses phishing attacks to gain access to systems."

The next “victims” in the summer of 2017 of the year were two countries at the same time: Denmark and Sweden.

The defense ministers of the two countries made a couple and stated: Denmark and Sweden should step up defense cooperation to counter the “growing threat from Russia”, including from “dangerous” fake campaigns and cyber attacks.

Swede Peter Hultqvist and Dane Klaus Hjort Frederiksen said that the Russian hybrid war is “cyber attacks, misinformation and fake news". And such a campaign can give rise to "uncertainty": the peoples under attack "cannot clearly distinguish false news and misinformation from the truth." Security may suffer as a result. The ministers believe that both countries "were subjected to the forms [of this intervention]", and therefore they want to "better protect" their societies from the new scourge.

Earlier, the Stockholm Institute for International Relations accused Russia of using fake news and conducting a “coordinated” disinformation campaign that influenced public opinion and decision making in Sweden. The relevant study stated that Sweden was for the Russians the goal of a "wide range of active measures", including the use of the "army of trolls". Moscow’s main goal allegedly was to “maintain the geostrategic status quo,” forcing Sweden to stay away from NATO’s military alliance.

Talk about the Russian intervention was conducted in Sweden before. For example, in January 2017, Swedish Prime Minister Stefan Leuven stated at a national security conference that he could not rule out Russia's attempts to influence the next Swedish elections, which will be held in 2018.

In the hot summer of 2017, curious statements were made about the Russian trace and in the advanced country of world democracy - the USA.

In July, CIA Director Mr. Pompeo сообщил publicly speaking that the Russians did not interfere only in the 2016 presidential election of the year. Not everything went smoothly with Barack Obama either: the Kremlin’s interference ’took place in the 2012 elections of the year. Yes, and before this happened: Muscovites intervened "in previous electoral cycles." “They were doing it for a hell of a long time,” he admitted, carefully avoiding any evidence.

Hot summer was replaced by a truly hot autumn.

In November, 2017, it turned out that the desire of Catalonia for independence was also organized by the Russians. This time, enterprising Moscow hackers have teamed up with the Venezuelan ones.

Official madrid stated: “Intervention” in Catalonia is arranged by “hackers” from Russia and Venezuela.

According to the Government of Spain, the version of the intervention of hackers, "prescribed" in Russia and Venezuela, is "convincing". It was the hackers that caused the “institutional crisis in Catalonia”. There are no specific arguments pointing to the traces of hackers leading from somewhere in the suburbs of Moscow.

Nevertheless, according to government spokesman Iñigo Mendez de Vigo and Defense Minister Maria Dolores de Cossedal, the topic is serious. “This is a serious topic,” said Mendez de Vigo, “because democracy must face the challenges posed by new technologies.” Such technologies, the government spokesman added, “know no boundaries,” and therefore “the problem must be solved at the level of the European Union.”

It is strange that this lady did not stamp her foot.

That same November Theresa May in the UK saidthat the parliamentary committee on intelligence and security will examine the alleged interference of the Russians in the referendum on the withdrawal of the United Kingdom from the EU. She also reported that Moscow “is trying to turn information into weapon", Giving the go-ahead to state-run media: they were allegedly ordered to launch" fake stories"And photos corrected by Photoshop to sow discord in the West.

All the examples, as we see, are far from accidental and add up to a hysterical series, shown by the West under the common name “Cold War”.

Western exacerbation on the theme of “Russian footprint” does not take place throughout the year: it happens in winter, in autumn, in summer, in spring.

In the spring of this year, during the presidential race, the Frenchman Monsieur Macron complained about certain “attacks” on his campaign headquarters.

The spring aggravation was especially acute in the Netherlands: there, against the background of the fear of "Russian hackers" in parliamentary elections, they refused to process votes by computer.

Sluggish hacking against the Germans was observed in the summer and autumn of 2017: in Berlin they believed in the Kremlin’s desire to “intervene” in the autumn elections and to conduct a “disinformation” campaign using “cyber attacks”. However, neither the arguments nor the evidence subsequently, Berlin was not found.

In September, 2017 was a huge list of "Russian intervention" led edition USA Today.

Here are data from analysts of the non-profit organization Alliance for Securing Democracy from the German Marshall Foundation, according to which Russia has been interfering in the affairs of "at least 2004 in European and North American countries" since 27. The intervention "ranged from cyber attacks to disinformation campaigns." Russian trace is noted everywhere - from the former Soviet republics to Canada and the United States. As one of the tools of Russian propagandists is called "Twitter." Through him, the people of Moscow “spread messages useful for the Kremlin.”

Soon there will be no place on the political map of the world, which the experts from non-profit organizations, CIA and MI6 would not have stuck with red flags. Around the Russians.

"The World Conspiracy" Kremlin opened. Trump is a Kremlin agent. Obama is also an agent of the Kremlin. Apparently, the German chancellor also serves Putin. Well, about Catalonia in Madrid, it is said that with her the Russians will do the same thing, that with the Crimea they “annex”.

Observed and commented on Oleg Chuvakin
- especially for topwar.ru
Ctrl Enter
Noticed oshЫbku Highlight text and press. Ctrl + Enter
We are
"The hand of the Kremlin" is found in MaltaEurope turns migrants home
Military Reviewin Yandex News
Military Reviewin Google News
29 comments
Information
Dear reader, to leave comments on the publication, you must to register.