November 23 2017
2
Cierva W.9 - British experimental light auxiliary helicopter, developed in the first half of the 1940s by engineers of the company Cierva Autogiro Company. The rotorcraft existed in a single copy, which was used for testing by the Ministry aviation UK.


Like airplanes, their appearance was largely due to the invention and widespread use of the gasoline engine. It was the gasoline engine, which possessed much greater power with less weight in relation to steam engines, and became the main cause of the appearance of helicopters, which learned to break away from the earth's surface. First in stories vertical flight occurred 24 August 1907 of the year (according to other data - 29 September), it lasted only a minute, while the helicopter designed by Louis and Jacques Breguet took off on a leash without a pilot and control to the height of all 50 centimeters. The first ever sustained helicopter flight took place only in 1922, when Professor George Botezat, who emigrated to the United States from Russia, built the first sustainably controlled helicopter by order of the US military. His car was able to rise into the air with a load of 5 meters in height and was in flight for several minutes.

But the real impetus for the creation of rotary-wing machines was the Second World War, which greatly accelerated technical progress. During the war years, helicopters were actively designed in many warring countries, some of them even managed to launch some models into mass production. For example, the German light helicopter Flettner Fl 282 managed to release a small series in the 24 instance. Their models of helicopters were created in the US and the UK. In Britain, one of the companies that was actively involved in the design of helicopter technology was the Cierva Autogiro Company. 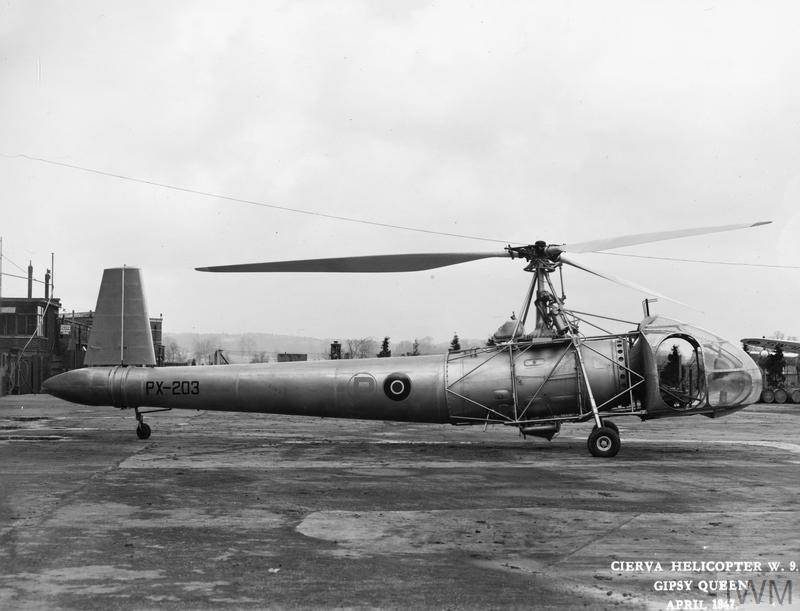 The Cierva Autogiro Company was created back in 1926, and, as the name suggests, initially specialized in the design and production of autogyros. Autogyras are called rotary-wing aircraft, which use a rotor that can be freely rotated in autorotation mode to create the necessary lift force. It is worth noting that the company has achieved notable success in the creation of such technology. It was the engineers of Cierva Autogiro who designed and built one of the most massive pre-war gyroplanes, the Cierva C.30 (the first flight in the 1933 year). This project was implemented with the participation of the British company Avro. In total, the 150 order of such autogyros was built, which were produced not only in the UK, but also produced under license in Germany and France.

It is not surprising that representatives of the Ministry of Aviation of Great Britain, who were interested in creating various models of helicopters for the needs of the army in the country, appealed to the services of Cierva Autogiro during the Second World War. Work on the new aircraft began in the year 1943 according to the issued specification E. 16 / 43. The result of the work within the framework of the issued specification was the Cierva W.9 helicopter (with the assigned serial number PX203). Work on the helicopter was completed at the end of 1944 of the year. In this case, the helicopter was slightly damaged during the ground testing phase, so the flight tests of the new items were postponed until the start of the 1945 year.

The experimental lightweight auxiliary helicopter Cierva W.9 was distinguished by the following design features. When looking at this helicopter in the eye, a large, fully glazed cockpit located in the front of the car was immediately thrown, which was connected to a long cone-shaped fuselage, in the tail of which there was a stabilizer. The helicopter was installed one 6-cylinder piston aircraft engine de Havilland Gipsy Queen 31 horsepower 205. The maximum take-off weight of the helicopter did not exceed 1200 kg. The helicopter could take on board no more than two people. 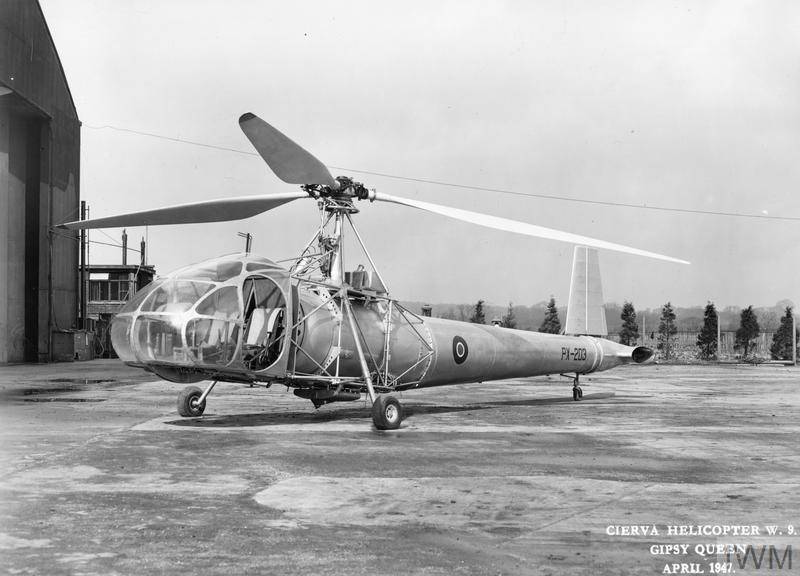 A remarkable feature of this experimental British helicopter was an unusual scheme, which is quite rare today. It was a helicopter without a tail rotor. The engine rotated only a three-blade main rotor, there were no more propellers on the aircraft. Today such a layout is known as NOTAR - from the English expression No Tail Rotor (without a tail rotor). This is the system for compensating the torque from the rotor and controlling the yaw helicopter, used instead of the more traditional tail rotor. Control of the helicopter in the horizontal plane was the main feature of the experimental model Cierva W.9.

The control of such a helicopter was carried out with the help of a variable pitch fan that cooled the power plant and directed the air flows through a special tunnel located in the tail boom to special nozzles. The main advantages of such a single-rotor design include an increase in safety (as the tail rotor is a rather vulnerable node of helicopters). Another significant advantage they call low noise in flight. Helicopters equipped with the NOTAR system are considered to be among the “quietest” ones.

For the first time, a new British helicopter was demonstrated publicly during the Southampton air parade, which passed 22 on June 1946. Also in 1946, the car took part in an aviation show in Radletta. At the same time, his flying career was virtually ended. The pilot light helicopter Cierva W.9 crashed in an accident during the tests, it happened in the second half of 1946. After that, the helicopter was not restored, and the project for its development was closed. In addition, some structural elements of the crashed helicopter were then used when Cierva Autogiro created a prototype of the new helicopter, designated W.14 Skeeter. 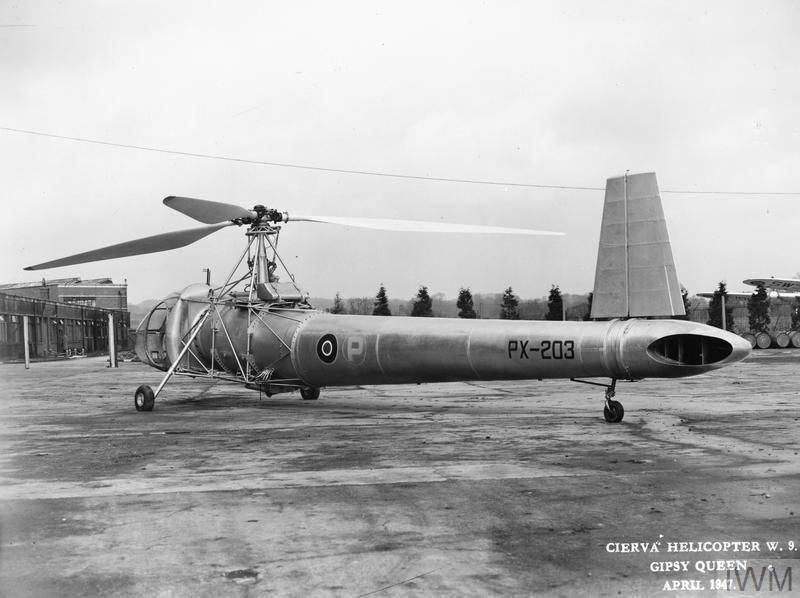