On the same rake. Is it possible to "plant" democracy all over the world? 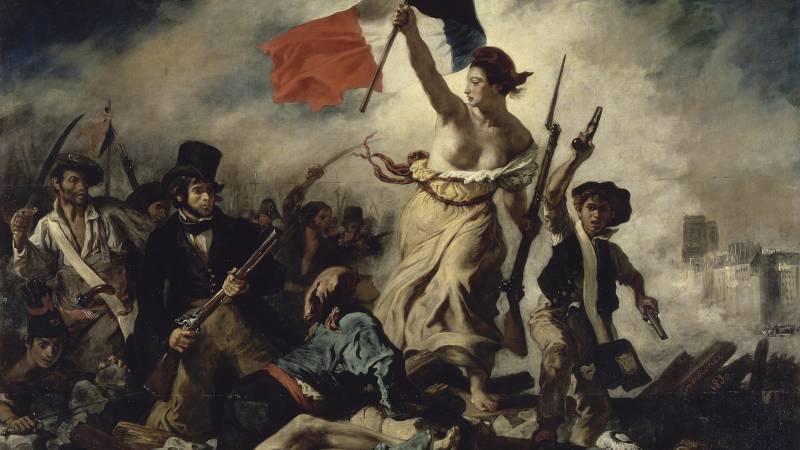 Today, in the conditions of confrontation of the Western world (NATO block and its allies are meant) and Russia, many people angrily resent the United States because of the constant "imposing" (read "plantings") American values ​​to third countries.

But often, many people forget that the idea of ​​“imposing values” on third countries and peoples, to put it mildly, is not new (we mean imposing our ideology on the outside world). All Soviet people remember well the International, the Comintern and our "fraternal" communist bloc, and the support of revolutions in other countries - Cuba is a clear example.

Therefore, in order not to seem pretentious, everyone adds one detail to their indignation - “imposing democratic values”, they say, how to impose “democratic values”. But with socialism, communism, fascism, Nazism and other “aggressive” ideologies everything is clear, it is typical of them, but the “imposition” of democracy contradicts its very nature. For democracy, proceeding from the democratic tenets themselves, must be peaceful and cannot be “intrusive.”

And here historians start to smile awkwardly: first, of all the “ideological structures” of the state ever created by man, democracy was one of the most ancient. One can argue for a very long time about when it appeared, but understandable to us (let us miss Greece and the Ancient World) —in today's form — democracy appeared in the 18th century in America and during the French Revolution in France. For reference, the “remaining” ideologies — again, one can argue long about the dating of their appearance — emerged in their present form in the 19th and 20th centuries. Secondly, what is most interesting, the idea of ​​bringing the “light of God” (in the sense of its values ​​and ideals) to everyone who asks and does not ask, arose not at all from “aggressive” ideologies, but from “peaceful” democracy. And, moreover, socialism, communism, Nazism, fascism and other “ideological aggressors” took over the tools from a peace-loving and “unobtrusive” democracy.

But there is also a third detail: more often “democracy” brought other countries and peoples “more often”, moreover, if we consider the ratio of population and number of people killed during the attempts to “introduce” democracy, then it turns out that the most “bloody ideology” ( it can be called so) - democracy.

Here we have to make a reservation: firstly, at different periods in different countries there was a different population, for example, during the French Revolution (1789-1799 or 1815, depending on how you count), the population of France was about 26 million people, and in the Russian Empire Before the revolution, about 174 million people lived. Correspondingly, the number of victims will not be appropriate, but the population / victim ratio is appropriate. And secondly, by the “bringing” of democracy it is necessary to understand the attempts (both successful and not) to establish democratic regimes, and the history of democratic (even bourgeois) revolutions is much more known than socialist or any other.

And by the end of the XVIII century we have several democratic countries and the most important of them is France, in fact, we will talk about it. One can argue about who is more important than the United States or France in the establishment of democracy, but only at the end of the XVIII century, France (unlike the United States), being a “great” power, was perceived by all “old” countries as a real threat to their existence. Of course, the creator of today's "democratic ideals" is the United States, but "today's ideals" are a hybrid of American ideas and their French implementation and development.

But what matters to us is not how the revolution took place in France or the course of hostilities, but what in 1790s in the minds of the revolutionary leaders (who changed often - Robespierre, Danton, Marat and others) and the common people of France have the idea of the need to spread the ideals of the French Revolution (Liberté, Égalité, Fraternité) to other European countries.

And, as a result, during the wars with revolutionary France (to restore historical justice: anti-French coalitions fought against revolutionary France — there were seven in total, but six of them fought, in fact, against Napoleon and his empire, and not against Republican France) The territories captured by the French army, were created republic. France has created a lot of republics, the most famous of them - the Ligurian, Tsizalpiyskaya, Parthenopeyskaya.

These republics “got” constitutions (“got” not quite the correct term - constitutions of course were written individually for each country), almost completely copied from the French. Regimes in these newly minted republics held on bayonets of French soldiers and French aid.

The problem was that these republics were short-lived and unviable for a number of reasons.

First, because of a number of objective historical socio-economic foundations - mental unpreparedness of the population, the economy, the army, and so on and so forth.

Secondly, due to the lack of (mostly) support of the population. French revolutionary troops in most countries, especially in Italy, were perceived as invaders, this was due to historical reasons accumulated over many centuries (by which is meant a whole layer of contradictions France - Italy, from a geographical point of view, because legally and politically there was no such country) .

Thirdly, for objective foreign policy reasons: by the end of the 18th century, one France was at war with the “old world” (monarchical or the so-called old order), and none of the established republics simply had such power as revolutionary France had period For a clearer understanding of the situation, let us explain: by 1795, the French army, by the most conservative estimates, had more than 1 million soldiers, recall that the population of France was 26 million people (for comparison, there are about 2 million soldiers in the Russian army today).

And, fourthly, on the "artificiality" of their creation. Within the territories that formed these republics, there were practically no prerequisites for the emergence of these countries. In addition, the artificiality of their creation was explained by the tactical necessity, supported by ideological roots, to create a “buffer” between the “old world” and the new France, and a buffer from economically weak and, therefore, dependent states. But you should always remember that artificially created states (especially if they are naturally economically weak due to geo-economic or geographical reasons) are short-lived.

Another point that is important to us is that all these republics were ruled by French proteges. Let us give the most obvious example - the Tsizalpinsky Republic was not simply governed by France’s appointees, and the first directors (the term “director” means members of the “directory”, there were five of them) were appointed by him - even at that time, the general - Napoleon. The situation was similar with the rest of the republics.

And the republics instantly “collapsed” either at the time of the cessation of French aid, the Lido withdrawal of French troops, or the approach of stronger Allied forces — members of anti-French coalitions.

In the story you can find a lot of similar examples, but much more interesting is what is happening today.

In the 21st century, some democratic countries “attack the same rake” as France several centuries ago.

I believe that without me everyone knows the examples (which were not the most successful attempts) of “bringing democracy” to other countries: Iraq, Afghanistan, Sudan, an attempted coup in Equatorial Guinea, Libya, Egypt, Ukraine, and so on.

If we evaluate these events on the “happiness” scale, then very few people, or rather only those who gained power in the course of these “actions”, found it within these countries.

One may argue about whether the US governments of Iraq or Egypt are under the control of the United States, but in these countries military operations are taking place today, and they even “do not smell” with peace and tranquility.

But these are the examples that the “US-haters” constantly cite - for they are “unsuccessful” in terms of the outcome, and practically ideal for demonizing the West.

An example of a successful solution for the West (from the point of view of “expansion” of its values) at the beginning of 1990 is Yugoslavia, which not only wanted to integrate into the Western world and lead an independent policy, but, most importantly, had the potential and resources for its reference.

And precisely because this country is no longer there, historians can trace how the Western world, based on the age-old experience of “carrying democracy,” has destroyed it.

After a very difficult and painstaking work, it turned out to divide the Yugoslav people into Serbs, Bosnians, Croats and others. But the most important thing is that on the spot of Yugoslavia no “artificial” countries were created, but “national” countries appeared - Bosnia and Herzegovina, Croatia, Macedonia, Serbia, Montenegro. And the project of a national country, unlike a federation, is much more durable, although, as a rule, it is economically weak, if not to say - not solid.

For any national country, a historical concept is needed, and the history of the Balkan countries is very rich. And if you look at the local history textbooks, you can see what huge sums were allocated to finance historians who are examining individual nationalities. And on the basis of their research, “historical concepts” of Croatia, Serbia, Montenegro, and so on were created. And the important thing is that these concepts are not “sucked from the finger,” but supported by real sources and facts. Actually, because they were viable.

And in the "new" countries appeared pro-Western politicians and governments, most of which (or rather, all except Serbia) "turned" to the West, becoming part of the European world.

The only thing you should not forget is the price of this plan. Over the decade of the Yugoslav wars, more than one hundred thousand people died, and Dubrovnik, which was filled with American napalm, will probably not be forgotten for a long time.

But in order to explain the reasons for the decisions made, including based on the historical memory and experience of the same Europe, it is necessary to understand:

First, the United States and the West in general (we mean decision makers) think only in a practical sense and only in the interests of their countries, and perhaps in each specific case of each country (or territory) they have achieved their practical goals.

Secondly, for the USA, it was always more important than a strategic, but a tactical goal. There are a lot of examples of this - just look at the history of the United States: for example, national debt, decisions about the growth of which are made only on the basis of the current situation, without looking at the future (realizing that this debt will never be returned to anyone).

Third, the Western world is led by educated people who are well aware of the “power” and lessons of history, in the sense that history is not only a textbook on mind control, but also a manual on what and how to do.

And then we realize that any of the “scenarios,” as successful as the unsuccessful ones, were implemented to achieve specific “goals of the powerful.” In the old days the French, now the Americans followed the same path. And looking at history this way can be explained very simply - the so-called “democratic” countries (especially newly-minted) are much easier to control and it is much easier for such countries to “explain” the purpose of creating such organizations as the Rhine Union in the era of the French Revolution or NATO today.

And what is at stake - about the infinite power over the world and “democracy” as an instrument of political manipulation or about blind faith in the need for democratization, as the only recipe for the happiness of all peoples without exception - this has yet to be clarified.

Ctrl Enter
Noticed a mistake Highlight text and press. Ctrl + Enter
We are
About Stalin and KhrushchevWhat you didn't want to know about England
21 comment
Information
Dear reader, to leave comments on the publication, you must to register.