Uranus to the top 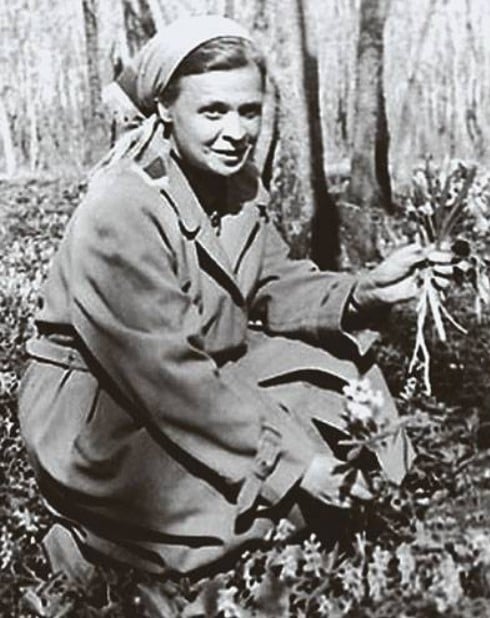 The Resolution of the State Defense Committee of the USSR “On the extraction of uranium” obliged the People's Commissariat of the non-ferrous metallurgy to organize, by May 1943, not only the development of mines, but also the receipt of uranium salts. With this decision, aimed at the implementation of the decree of the State Defense Committee “On the organization of work on uranium” signed by Stalin two months before, история domestic nuclear industry. The purpose of the directives was to create a uranium (as it was said in secret papers and among scientists) a bomb.


It was impossible to delay. The United States, Britain, Germany and even Japan worked on the creation of a super-weapon. Four days after the publication of the decree “On the Mining of Uranium”, Fermi and his comrades launched the famous “Chicago Wood Pile” - the world's first nuclear reactor - in the States. NKVD chief Lawrence Beria, back in March, told 1942 to the Soviet leadership: “In a number of capitalist countries, in connection with the ongoing work on splitting the atomic nucleus in order to obtain a new energy source, the study of the use of atomic energy for military purposes began ... great secrecy. The materials obtained by the NKVD from England by agents described the activities of the English Uranium Committee on Atomic Energy ... These studies are based on the use of one of the uranium isotopes (uranium-235), which has effective splitting properties ... "
Lieutenant Georgy Flerov - before being drafted into the army, a physicist who, in 1940, together with Konstantin Petrzhak, under the guidance of Kurchatov, discovered the spontaneous division of uranium nuclei, bombarded the state leadership with letters: "In all foreign journals, the complete absence of any work on this issue ... Imposed print silence, and this is the best indicator of how hard work is going now abroad ... The only thing that makes uranium projects fantastic is too great promise in case of successful solving the problem ... a real revolution will take place in military technology. ”

By the way, such signals came before the war. At the end of 1940 - the beginning of 1941, German anti-fascist scientist Fritz Lange and his colleagues at the Kharkov Institute of Physics and Technology Viktor Maslov and Vladimir Spinel suggested a principled atomic bomb project, stating that “the problem of creating an explosion in uranium is reduced to getting short a time span of uranium mass in an amount much larger than the critical ... "and that" building a uranium bomb sufficient to destroy cities such as London or Berlin is obviously not a problem. " In fact, for the first time in history, they developed a classic scheme of nuclear munition. Unfortunately, the leadership of the People's Commissariat of Defense, for consideration of which the draft was submitted, did not find it worthy of attention.

On the same day, when the resolution “On the extraction of uranium” was adopted, Igor Kurchatov sent a memorandum to the deputy chairman of the State Defense Committee, Molotov. It analyzed the information obtained by Soviet intelligence, and set forth considerations on the formation of a "shock scientific fist" to create a uranium bomb. And he appeared, and quickly. The nuclear project involved the leading domestic nuclear physicists Abram Alikhanov, Yuli Khariton, Yakov Zeldovich, Anatoly Alexandrov and others. Naturally, Flerov was recalled to him and recalled from the army’s ranks (when conducting the 29 test on August 1949 of the first Russian nuclear RDS-1 nuclear charge, George Nikolaevich was personally responsible for the scientific and physical support of the explosion).

In December 1944, all the uranium enterprises of Narkomtsvetmet were transferred, taking into account the special importance of the research and production problem, to the NKVD. The Institute of Special Metals (Inspetsmet NKVD, today - VNIINM named after Academician A. A. Bochvar) was created under the auspices of the omnipotent department, where the leading place in research on uranium production belonged to the Soviet Union’s Mme. It was under her command that the first uranium metal ingot in our country was experimentally smelted.

By the beginning of 1945, the B Plant Main Directorate of the Mining and Metallurgical Enterprises of the NKVD of the USSR included a chemical plant “B” for the production of uranium salts, the Taboshar deposit, Maili-Su, Uygur-Say, and Adrasmansky bismuth and Tuya-Muyunsky uranium-radium mines . Probably, it was from here that the “exile to uranium mines” went to the ordinary - the Russian land is full of rumors. You can't throw a word out of a song - you shouldn't forget the colossal contribution of many thousands of nameless convicts of the GULAG to the creation of the USSR nuclear shield.

Subsequently, the Soviet Union took control of uranium deposits in Eastern Europe - in Bulgaria (Goten and Strelcha), the GDR (Wismut), Czechoslovakia (Yakhimov), and Poland (the Schmiedeberg mine). In Romania, from the beginning of 50, the Soviet-Romanian enterprise Sovromkvarts operated in the mining of uranium ore supplied to the USSR.