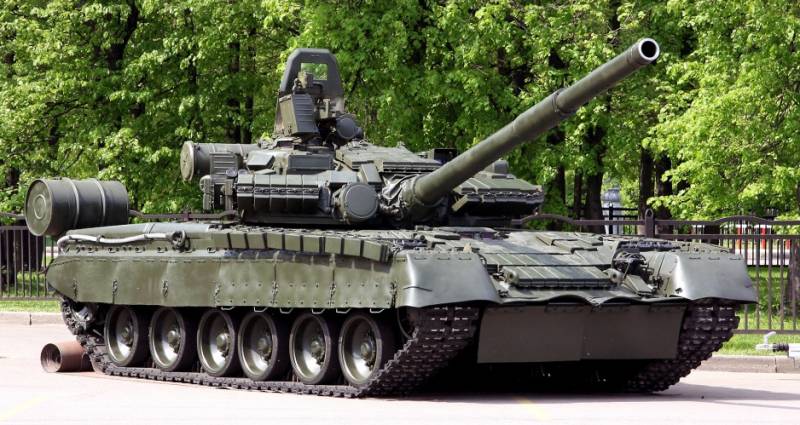 One of the main trump cards of the USSR and, accordingly, the entire Warsaw Pact, in addition to the Soviet nuclear missile shield, were armored armades deployed in the Western Group of Forces (which were armed with five thousand tanks and more than 10 thousand armored personnel carriers and infantry fighting vehicles) capable of breaking through the defense of the NATO countries as soon as possible and cutting the continent with tank wedges.

However, in the light of the collapse of the Eastern bloc and the destruction of the Soviet Union, and the “new thinking” that led to these events, the solution of such tasks for our Armed Forces was considered irrelevant. And the formidable fighting vehicles, which terrified our enemies, were rusted by the useless under the rain and snow in the “tank cemeteries”.

However, in addition to these tragic monuments of betrayal of national interests, there are still a lot of Soviet equipment new and after major repairs in long-term storage warehouses. She was sentenced to recycling as obsolete, and a corresponding federal targeted program was adopted. The FTP “Industrial Utilization of Armaments and Military Equipment for 2011-2015 Years and for the Period to 2020 Year” assumed the dismantling and subsequent processing of about 10 thousand units of Soviet-made armored weapons and equipment, accumulated at storage bases and released after the reduction of armed forces and, as then it was believed that had no prospects for further use.

However, the current situation in the world and the threats quite openly addressed to our country have made serious adjustments to these plans. As the head of the Defense Ministry’s Main Armored Directorate, Lieutenant-General Alexander Shevchenko, said, due to the alarming international situation and the increased volume of combat training of the Russian Army, only 4000 armored vehicles will be recycled. The rest will be modernized - some will go to the Russian Armed Forces, some will be exported to the Allied countries as part of military-technical cooperation.

As noted by Alexander Shevchenko, recently, new technical and technological solutions have emerged for the deep modernization of outdated equipment and its transformation into modern models. And indeed it is. For example, Muromteplovoz OJSC developed modernization technologies, most light Soviet armored vehicles - PT-76, BTR 60-70-80, BTR-50 and BMP-1. And on the basis of MTLB created a whole range of combat vehicles for various purposes. The Tula Instrument Engineering Design Bureau (KBP), a group of companies Metapol (Russia, Belarus and Slovakia), which have developed combat modules for armored personnel carriers and infantry fighting vehicles, offer their own ways of modernizing equipment. Actually, as part of the modernization, gasoline engines (like the BRDM and BTR-60) are being replaced with diesel engines, increasing their power, replacing the warhead and reinforcing weapons, installing thermal imaging and night sights, new communication systems, strengthening the defense complex, including systems active protection, like "Arena-E", and even the installation of automatic combat modules. Very often, from the original source remains only the body and chassis. But even this approach allows not only to save considerable funds and to speed up the rearmament process, but also to dramatically increase the number of armor in the troops. By the way, most of the options for upgraded technology have been tested in local conflicts, including in Syria, and have shown the validity and success of this approach. In fact, we are talking about a completely new, modern technology, with radically improved combat characteristics.

Upgrade not only lightweight equipment. Today it is known that the T-80 “first strike tanks” will be upgraded for the Armed Forces. These machines with unique gas turbine engines capable of going at speeds of 70 km per hour were created to break through the NATO defense and roll to the English Channel. The power plant T-80 can work on almost any "fuel", from fuel oil to gasoline, which tankers could get anywhere - at the gas station, railway station, port, even at the airfield.

The Ministry of Defense and the Uralvagonzavod Scientific Industrial Corporation have already formulated the requirements for the new look of the “reactive” T-80 tank (this is how it was called because of the characteristic sound of the engine, resembling that produced by a jet). He will receive dynamic armor, active protection, a new sighting system, automatic target tracking, as well as high-power ammunition. And, importantly - fuel efficiency. Recall that the fuel consumption of the non-modernized T-80 reaches 8 liters per kilometer, which is 2-4 times more than the T-90. In the new version, the flow will be significantly reduced. A long-term modernization contract was signed at the Army-2017 exhibition and forum. And "Omsktransmash" begins work on giving a new look to the "tank of Maneman". According to experts, through this program can go to 3500 of these machines.

As we see, the provocative and aggressive policy of the West brings to its new life its main nightmares of the Cold War period, forgotten today. The armored armada, which terrified Europe, are returning to the western frontiers of our Motherland, clearly showing that the defense of Russia will not be passive.

Ctrl Enter
Noticed oshЫbku Highlight text and press. Ctrl + Enter
We are
Family BTR-60 / 70 / 80 in combatIs the "old" well forgotten to become the "new"? Part-2. At the call of honor and duty
Military Reviewin Yandex News
Military Reviewin Google News
83 comments
Information
Dear reader, to leave comments on the publication, you must sign in.