Evgeny Spitsyn: Under the guise of apoliticality, schoolchildren are being imposed a new ideology 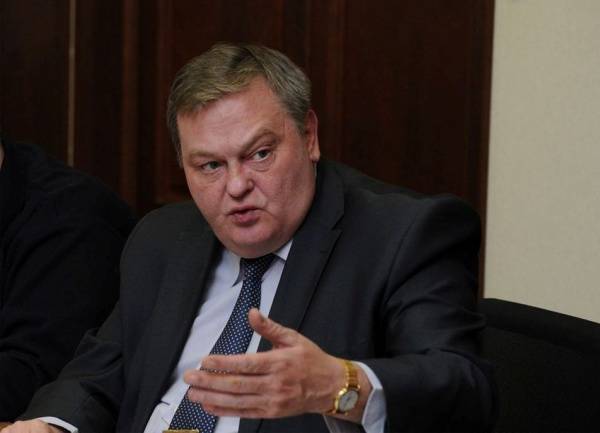 The speech of the Urengoy schoolboy in the Bundestag provoked a wave of indignation, which the Kremlin called the “exalted harassment” of the speaker himself. Meanwhile, claims are made not personally to the student, but to the management of the educational institution and the educational system of both the okrug and the country as a whole.

A Yamalets told German parliamentarians that out of 250 Wehrmacht soldiers surrounded, only 6 were able to return home. At the same time, it is forgotten that for several months the encircled group continued to resist and 90 enemy soldiers surrendered to the Red Army, many of whom were exhausted and frostbite. In addition, the speech uses an unusual for the Russian militaryhistorical science, the term "so-called Stalingrad cauldron", and German soldiers called "innocent dead people", although all of them (regardless of personal attitude to military service and participation in crimes) came to the territory of the USSR as invaders. The fact that such a report is far from an isolated case, On the Eve of the Russian Federation, historian Yevgeny Spitsyn told

- First, it turned out that he was not a schoolboy, he was 21 for a year and he was not a student, but a graduate of the Urengoi gymnasium. Such programs were actively implemented, especially on the periphery, in the Urals, in Siberia, and in the Far East, mainly by the same Memorial. All this was done under the guise of some "reconciliation", "tolerance." In fact, these are completely anti-state, Russophobic projects that are not as harmless as it may seem at first glance.

People are taken to all kinds of trainings, they supply literature, first of all, I mean teachers and university professors, who then form groups of schoolchildren and students at their workplace, who start to work actively and are well funded. Plus, they acquire the necessary connections at the level of their management structures, municipalities, district, city and even regional authorities. Even if this performance did not get on the air, and people would not know about it from social networks - this is just one small episode of what has happened all these years. That's what you need to talk about.

At the same time, the Ministry of Education of the Russian Federation does not have any real levers of influence on the situation in the regions. The very system of separation of federal and regional authorities, completely misunderstood, was adopted in order to destroy the controllability of the state. Including, and all the most important state institutions, and the school is one of the most important state institutions that holds the whole country together, this is a kind of hoop that holds this "barrel". They cut this hoop - and everything will be sprinkled. So it is here - at the level of regional, city and district authorities, God knows what is happening, and the ministry has no leverage on the situation. Moreover, in the summer, when Vasilyeva only announced an attempt to restore order in the system of management of municipal educational structures, look at how much this whole liberal public raised, because she felt a little bit of danger. Our minister is a general without an army, this is the whole tragedy.