Putin, following the results of the West-2017 exercises, called for increased mobilization readiness

November 22 2017
151
Russian President Vladimir Putin urged to study the shortcomings identified during the exercise "West-2017", and to develop additional measures to improve mobilization readiness. He set such a task, opening a regular meeting with the leadership of the Ministry of Defense of the Russian Federation, defense industry enterprises and a number of regions of the country.

As a result of the exercise ["West-2017"] certain deficiencies were identified, it is necessary to carefully study them, to develop additional measures to improve mobilization readiness "
- Putin said. 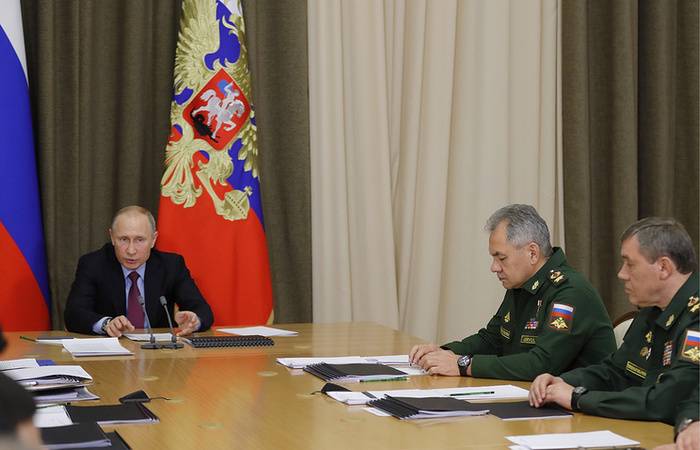 The President noted that during the meeting it is planned to touch upon, above all, the civilian aspects of the past exercises, since many civilian agencies and regions were involved. The head of state expressed a desire to hear the conclusions and proposals of the heads of regions and a number of ministries involved in conducting the exercises, as well as their opinion on the identified problems and positions that need to be improved.

Summing up the exercise, Putin also called for an analysis of the capabilities of defense enterprises to increase production quickly.

I will note that the ability of the economy to quickly increase the volume of defense products and services in wartime is one of the most important conditions for ensuring the state’s military security; all strategic and simply large enterprises, regardless of their form of ownership, should be prepared for this
- Putin stressed, passes TASS