Stormtrooper IL-2: the epic of a single monument. Part of 1

November 23 2017
10
The Il-2 attack plane, installed as a monument to all the pilots who fought in the sky over Novorossiysk, is for the Novorossiysk themselves something more than just a monument. This is one of the few threads of material connection with the glorious history New Russian aviators. The city in which the legendary Kokkinaki brothers and the future marshal grew up aviation Savitsky, a city that lost its own airfield in the “holy 90s,” cherished the Il-2. Naturally, the townspeople sounded all the bells about the state of the historical relics of the Great Patriotic War, which had not really been restored since the coma during the collapse of the Union. But it’s precisely IL-2 that was rolled in by the Novorossiysk Vladimir Kokkinaki, who became the favorite test pilot of the designer Sergei Ilyushin.


The attack aircraft, in fact, was in a monstrous state. The aggressive coastal marine environment corroded the hull, the hurricane wind annually, raising the crests of saline waves, easily carried them hundreds of meters to the installation site of the combat vehicle. Winter cold, reaching the -20 degrees contrasted with summer Peklo under 40. And all this is in the open. In recent years, the harsh Novorossiysk northeaster altogether "called" attack aircraft in flight. 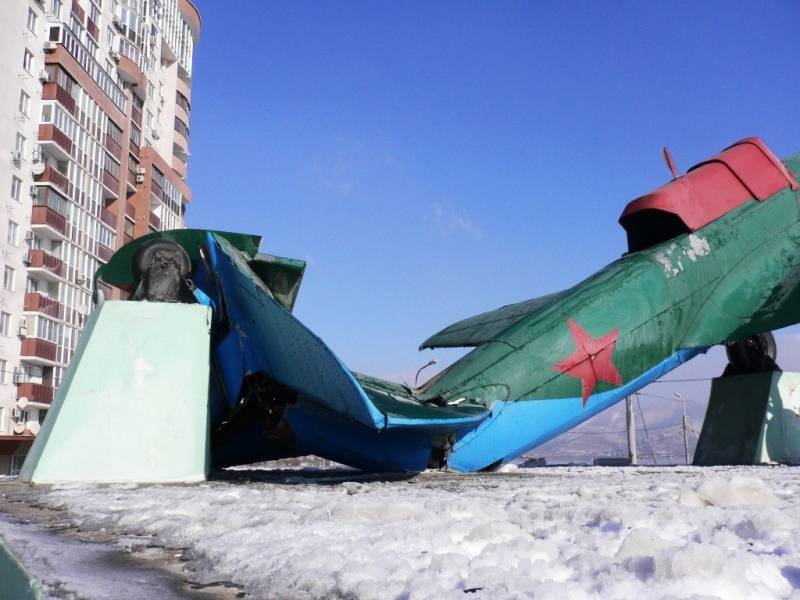 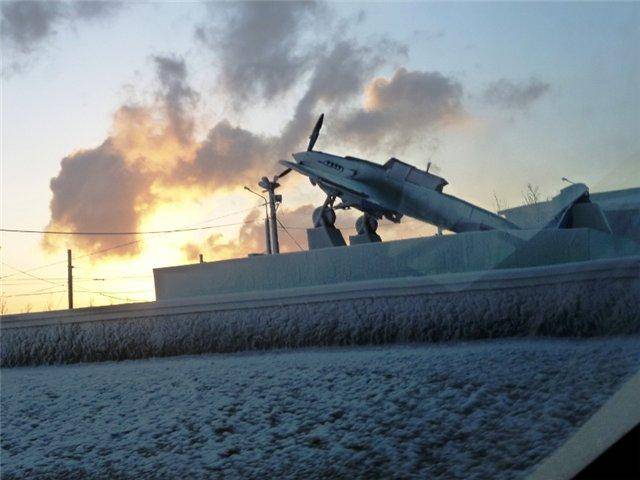 In 2012 IL-2, after all, he made his first “flight” after retirement - he flew off the pedestal and split. Repeatedly, I personally had to observe how the car strove to stand up, trembling all over the body. As a result, the tail fell off, which, after repairing "a la" with a hammer with strong gusts, "burs" began to wobble, threatening to collapse again. The once formidable winged car looked as if it had just returned from battle: the tail hung on some wretched crossbar, the cockpit cannon was long ago replaced with a tin capsule of red color in the style of “Mad Max”, and the screw looked like someone chewed at night. 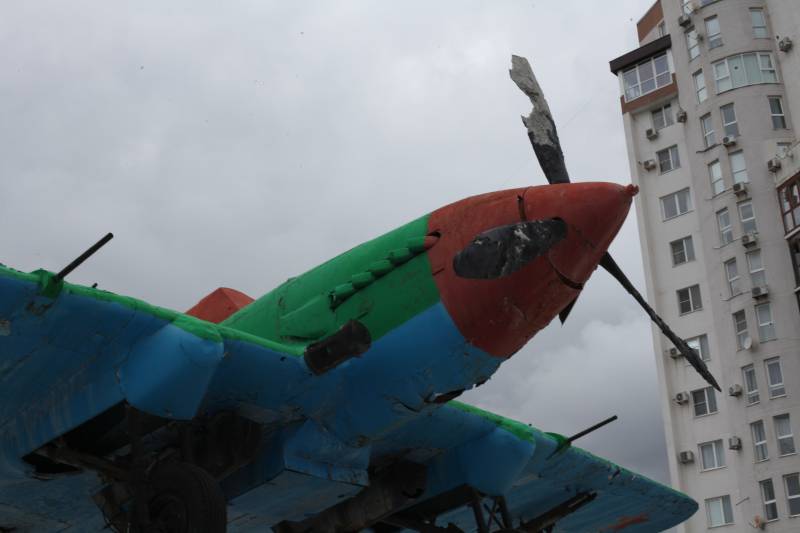 Finally, the authorities decided to restore the IL-2. In early July, began dismantling the aircraft. Given the level of trust in the authorities (even municipal), which rarely rises above the zero mark, the excitement of many citizens was justified. Will the war machine return to its original place or not? Not inspired by the enthusiasm of a certain initiative group on towing the cruiser "Mikhail Kutuzov" to Sevastopol in "Park Patriot", which also turned out to be in limbo. Against this background, left much to be desired and informing citizens about the ongoing restoration work.

Soon it became known that in addition to the restoration of the aircraft itself, a life-size mockup was purchased. There were suspicions that instead of the native IL-2, almost a Chinese plastic imitation would take its rightful place. I personally observed corrosion of casing, well aware that the original stormtrooper remain extremely small. But the restoration work is one thing, and the layout is quite another.

Novorossiysk media and Internet resources have flooded the message that the layout was purchased before the restoration, but it was impossible to establish. Finally, “Our newspaper. Novorossiysk ”published the words of the head of the department of culture of the city, Vyacheslav Matveychuk, that the restored IL-2 will be installed on the pedestal, and the layout will be installed in one of the city’s park alleys. According to him, the restoration work was carried out at the Aviakor Aviation Plant in Samara.

True, the questions hung in the air. Why was the layout ordered? Who controlled its production if it turned out to be worthless? How much money was spent on the whole of this epic with bringing the historical monument into the proper form? It is exactly like in that joke - “well, I didn’t shmogla, I didn’t shmogla”.

But the authorities did not get tired of repeating that by the Day of the city IL-2 would return home. The fact of deadlines at the moment was smoothed out by the total deafness of the population to various promises. As a result, the approximate September deadlines, naturally, were postponed to mid-November.
Finally, already 14 November to city flashed the news that IL-2 going home. And the installation of the restored attack aircraft will begin on the night of the 15.

However, as usual, these works were delayed. Whether the workers were simply not aware of how to assemble an attack aircraft, this is not a table from IKEA, or the local bureaucrats have cooled off on this topic, the finances have already been mastered. But the first campaign of hope to the long-suffering attack aircraft took place on November 17. However, IL-2, which had already been installed on the pedestal, looked like a patient on the operating table of Professor Frankenstein. Wings and chassis, as if pulled out of the hull. 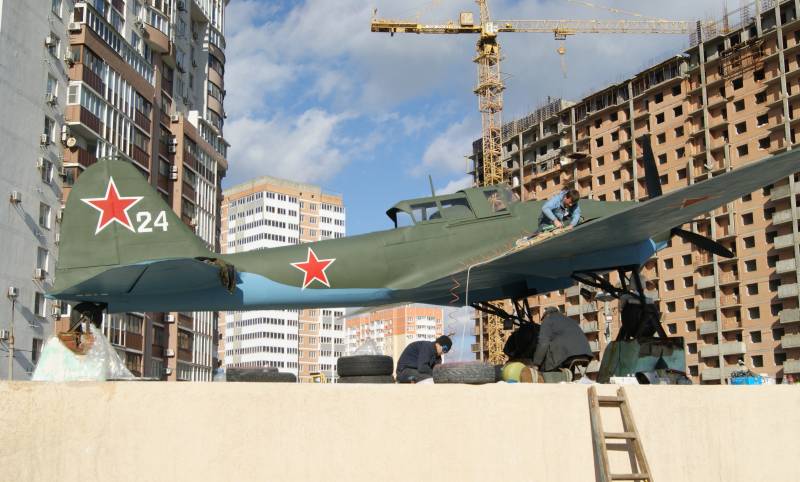 I had to wait. Finally 22 November, I again came to the parking lot of the legendary IL-2.

However, the workers continued installation of the machine, but already, as it seemed to me, at the final stage. Without a characteristic contrast has not done. The concrete pedestals on which the attack aircraft chassis rest look more like the Cementnik Palace of Culture, which did not recover after the bombing for the edification of the descendants, rather than a restored plane. How long they will stand is unknown. The case when you want to err in your own opinion. 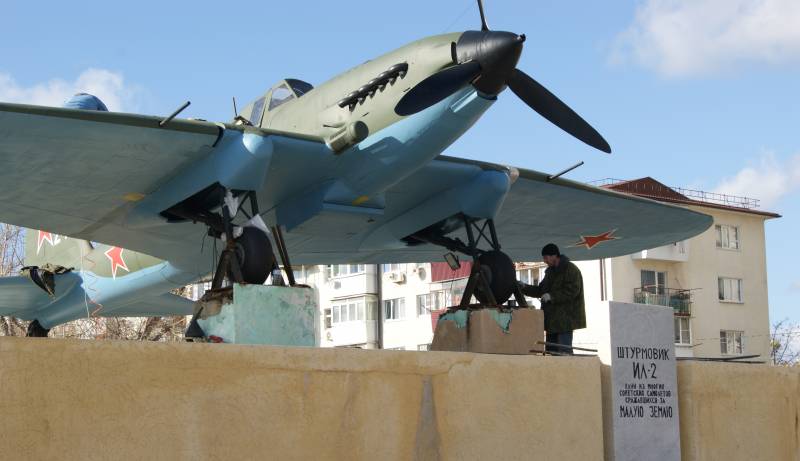 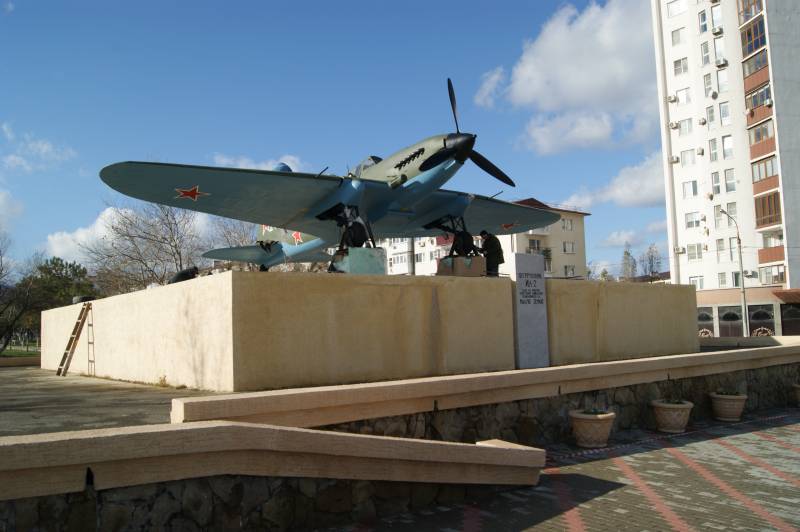 It is also unknown why they removed a small information stand. Let him look inconspicuous, but any passerby could find out the brief fate of this aircraft and, most importantly, its pilots - Major Viktor F. Kuznetsov and the air gunner of the senior Red Navy Reshetinsky Alexander Vasilyevich. Now it has become impossible. 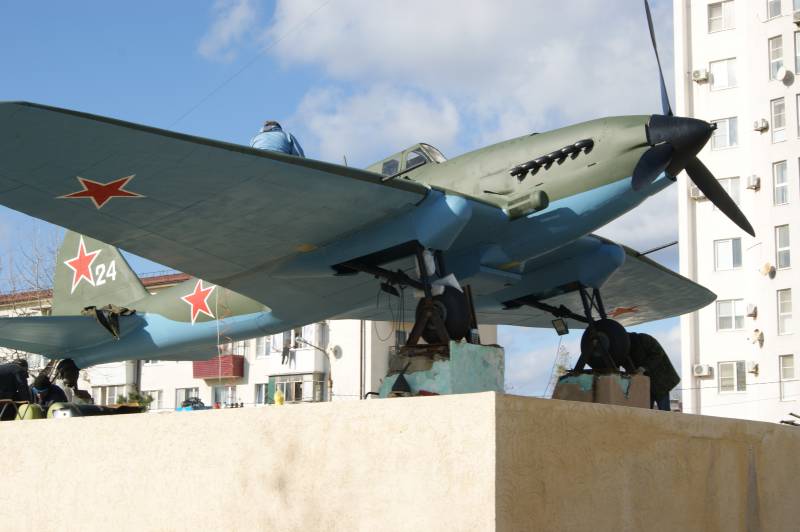 It is a pity that the solemnly sad style of Soviet monuments slowly dissolves in time. Marble disappears, apparently out of fear that local inhabitants will take it away. Disappear massive metal parts and forged fence out of fear that their soprut for scrap. Everything is changing. But Il came back, maybe the rest will come back.

The second part will be told the story of the acquisition of this machine and the history of its crew ...

Ctrl Enter
Noticed oshЫbku Highlight text and press. Ctrl + Enter
We are
A fish that saved an entire city: a monument to hamsa was opened in NovorossiyskThe war was won by the communists and atheists.
Military Reviewin Yandex News
Military Reviewin Google News
10 comments
Information
Dear reader, to leave comments on the publication, you must to register.