November 22 2017
29
Foreign countries are interested in buying a Russian military equipment "Warrior", according to Rosoboronexport.

Military equipment "Warrior" enjoys deserved attention from both traditional customers and promising partners
- said the head of the security department of Rosoboronexport Valery Varlamov, who heads the company's delegation at the MILIPOL 2017 exhibition in Paris. 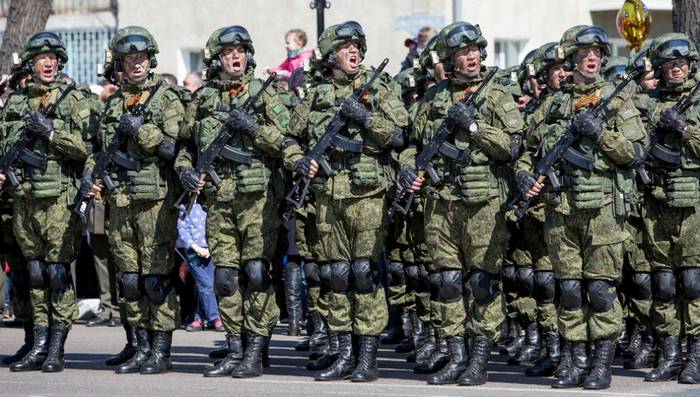 According to him, “Warrior” is suitable for servicemen of army units and special forces, taking into account their functional duties and the peculiarities of solving the assigned tasks.

It protects servicemen from being hit by small arms. weapons, shell fragments, mines, frag grenades, cold weapons, as well as from mechanical damage during the conduct of combined arms combat, including in special conditions
- said Varlamov.

Earlier, the head of TsNIITOCHMASH Dmitry Semizorov said that Egypt could buy equipment.

While they expressed a desire to use equipment during joint exercises
- said the head of the enterprise.

Military equipment of the second generation "Warrior" is supplied to Russia in the Ground, Airborne Forces and Marine Corps units from 2016. It includes the means of armor and combat equipment, small arms, means of aiming and reconnaissance, Interfax-AVN reports.