November 22 2017
16
Last week, the large anti-submarine ship Vice Admiral Kulakov, returning to Murmansk from the Mediterranean, passed through the English Channel between France and Great Britain. At some point, the rocket frigate Somerset HMS of the British Navy appeared as an attendant. Reports about it InoTV with reference to the Daily Express. 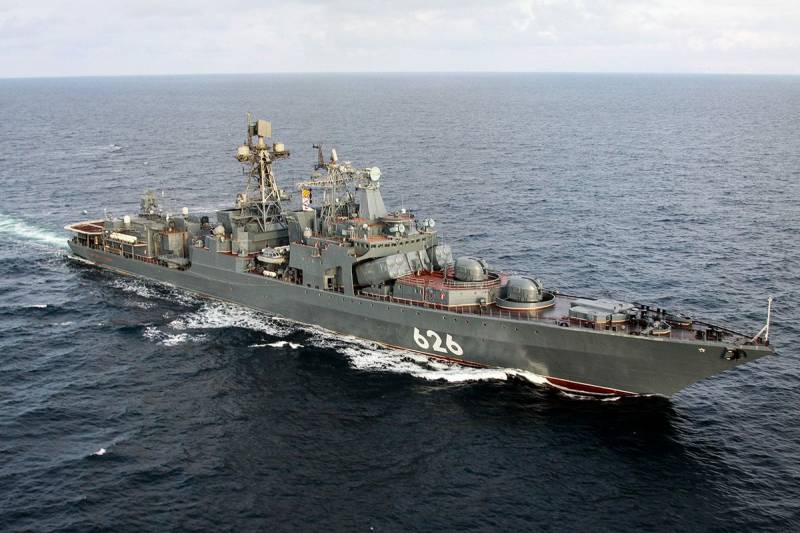 Like all Royal ships fleetoperating in the waters of the UK, Somerset HMS was on full alert for any tasks related to maritime safety,
said the commander of the frigate, Timothy Berry.

Tracking the passage of non-NATO ships through the territorial waters of Great Britain is part of the regular duties of the Royal Navy to ensure the security of the country. Having successfully conducted Russian ships from the sphere of interests of England, we continue to perform the initial tasks,
added on.

The publication notes that "Vice Admiral Kulakov" is not the first time near the British coast. 2012, the ship went to Portsmouth, and in the 2013 was taking part in celebrations to mark the anniversary of the Battle of the Atlantic in Liverpool.

“However, since then, especially after the onset of the Ukrainian crisis, tensions between Moscow and London have increased significantly, as has the activity of Russian warships and airplanes in the region. Because of this, Britain had to strengthen its defense almost to a level comparable to the period of the Cold War, ”writes the publication.