In India, announced the successful launch of the BraMos cruise missile from the Su-30MKI

November 22 2017
27
The Indian military on Wednesday conducted the first successful shooting of a BrahMos cruise supersonic missile from the Su-30MKI fighter, a source in the Indian Defense Ministry said.

Launch of the "BrahMos" cruise missile was carried out on a surface target in the Bay of Bengal and was recognized as fully successful.
- said in a statement. 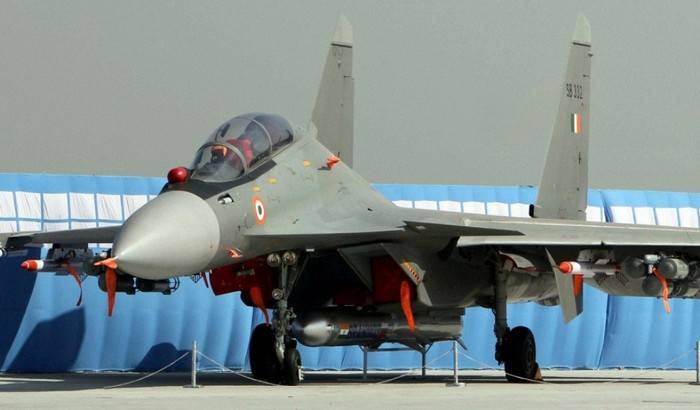 At present, the BrahMos cruise missiles are in service with the Land Forces and the Indian Navy. For integration with the Su-30MKI fighter, the rocket was lightened by about 500 kg. Now its mass is 2500 kg.

According to Indian media, flight to test aviation BraMos missiles were carried out by two aircraft. One was a rocket carrier; from the second, tests were shot from starting the engine to hitting the target.

Cruise missile "BrahMos" was originally developed with a range of 290 km. After India joined the international missile technology control regime, it became possible to increase its range to 450 km. Rocket speed - 2,8 Mach (M is the speed of sound), Interfax reports