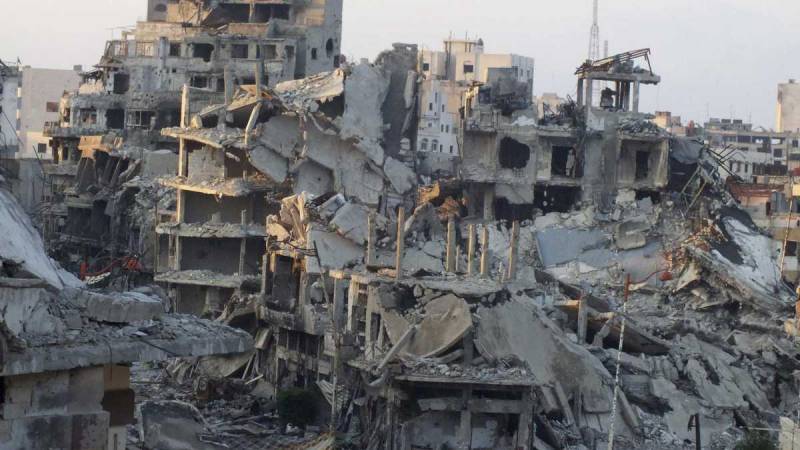 Russia imposes its own conditions on the game to opposition groups, holding a course towards strengthening and modifying its presence in Syria. Instead of the side of a military conflict, it seeks to become a mediator who will help find a solution to domestic political problems.

While the main joint positive decisions of the military opposition and the Syrian regime are reached during the negotiations in Astana, Russia prefers to hold separate bilateral meetings in different parts of Syria. This demonstrates Russia's readiness to alter any signed agreement in its favor. But at the same time, the dynamics of the development of events calls into question the expediency of any arrangements.

The cease-fire agreement entered into force in four regions of Syria almost a year after the start of negotiations in Kazakhstan; he was supported by Russia, Turkey, and then Iran. These areas, the so-called “de-escalation zones”, included the city of Idlib and its environs, the northern province of Homs, Eastern Guta, and partly the city of Dar'a.

However, since then, Russia has taken new measures to conclude bilateral agreements directly with opposition armed groups in the same areas. These documents exclude any role of other states and are provided by Russia alone.

Such "adjustments" are a sign that Russia is striving to become the only influential player in the Syrian conflict, displacing Turkey and Iran. An example of this is the events in southern Syria, when Russia signed an agreement with the Southern Front to prevent the Iranian militia from entering Daria. The Russians also ensured that the Iranians were not able to take eastern Aleppo or al-Waer in Homs under their control; Iranians ousted Chechen military police.

From the statements and actions of Russia it can be concluded that it is trying to convey to everyone the following: if the results of the negotiations in Astana do not satisfy Moscow, it will resort to external agreements and will inevitably achieve its goal. As an example, recall how East Guta became one of the de-escalation zones. The Russians continued to attack the area until Jaish al-Islam (the “Army of Islam”) did not sign the agreement directly with them. However, hostilities continued in the Faylak ar-Rahman areas of operation, since this grouping did not agree with some points of the agreement and opposed the participation of Cairo as a signatory. However, 18 August in Faylak ar-Rahman in Geneva signed an agreement with Russia, after which an armistice broke out in Eastern Ghouta, despite the fact that its blockade continues.

The same thing happened in the northern province of Homs. After an agreement on de-escalation was reached in Astana, it was withdrawn by Russia, which then entered into a new agreement at a meeting between the Russians and Jaysh al-Tawhid directly in Cairo. Similarly, in Idlib, which was also related to the Astana agreements, the head of the Main Operational Directorate of the General Staff of the Armed Forces of the Russian Federation, Lieutenant-General Sergey Rudskoy, said that they are seeking to conclude bilateral agreements for a cease-fire in the city.

The basis of these agreements was a unilateral - Russian - guarantee, without the international guarantor of the opposition and without substantiating them in international legal institutions such as the UN Security Council. The fate of these agreements will be determined by the desire of Russia to implement them. If Russia wants to annul them, no one can stop it. Just as the escalation agreements were ignored and replaced by local agreements, these bilateral agreements can also be canceled in favor of other decisions.

Although the Astana Agreements first received international support and were considered a step towards reconciliation and the cessation of hostilities in Syria, numerous violations were recorded in the first hours of their actions. Russia was both a guarantor of ceasefire agreements and their violators. Consequently, these agreements should be viewed as temporary arrangements that are intended to instill calm in the representatives of the Syrian government, allied with Russia, in exchange for non-military benefits for the opposition, such as releasing prisoners or stopping shelling, to ensure humanitarian access to the besieged areas.

In de-escalation zones, there is competition and conflicts between gangs who are still trying to become one of the parties to any potential international agreement in order to secure their security and legitimacy. And in the same way they will try to prevent any agreement that will be concluded without their participation.

This happened after Jaish al-Tawhid (which has no support abroad) signed an agreement with the Russians in Cairo regarding de-escalation zones in the northern part of Homs. “Ahrar al-Sham” and other groups condemned this agreement and tried to achieve its revision in Turkey so that they could become its participant instead of “Jaysh al-Tawhid”. According to one of the participants of the process, “Ahrar al-Sham” allocated 200 thousand dollars to cancel the Cairo agreement and transfer it to Turkey. And although they did not succeed in this, the negotiations were nevertheless transferred to the people's committee in Syria, where the participants of Ahrar al-Sham were able to meet with the Russians and discuss all the provisions.

There are also concerns about Iran’s interference with the cancellation of the agreements, to maintain its position and plans to increase the Iranian presence in Syria, guaranteeing access from Iran to Lebanon through Iraq and Syria and strengthening the influence of Iranian militias in the region. Iranians will not agree with the growing importance of Russia in Syria. If the Russian side begins to make serious efforts to resolve the conflict in Syria between the warring parties, Iranian militiamen will start attacking opposition areas in order to provoke the opposition to retaliate and thereby violate the ceasefire.

When the Russians did not allow the Shiite militia to enter al-Waer, the militia began to threaten and intimidate civilians and militants leaving the city. Then they mined the road on which people were leaving the city, forcing Russia to stop the movement, neutralize the mines and check the entire section of the road.

Later, Russia took control of a Shiite settlement in northern Homs to prevent possible attacks. As a result, the Iranian militia took it as a provocation and began to fire at nearby areas controlled by the opposition. Iran can not afford to reduce its role in Syria.

Extremist organizations also play a big role in de-escalation zones, because they are always trying to fight them or at least move them to other areas. One of the terms of the escalation agreement in Eastern Gute was the cessation of cooperation between Faylak Ar-Rahman and Hyatt Tahrir ash-Sham. Hayat Tahrir ash-Sham was also instructed to leave the northern part of Homs.

Therefore, groups that support escalation agreements are stuck between two alternatives: either violate the agreement and not enter into a confrontation with Hayat Tahrir ash-Sham, or comply with the conditions and expel the extremists (since they would not leave the territory voluntarily). Therefore, with a high degree of probability, Hayat Tahrir ash-Sham will start attacking Russian troops, and the Syrian government will cancel the agreement or use it as a pretext to confront opposition groups.

With the help of these new local agreements, the Russians are trying to gain perception of themselves as the main player who can ensure peace in the country, and not as an aggressor. This would help to overshadow Turkey, and if it succeeds, and the Americans leave the region or change their priorities, the Russians will be able to independently determine the future of Syria.

Ctrl Enter
Noticed a mistake Highlight text and press. Ctrl + Enter
We are
The West speaks of a “Russian challenge” and adjusts its strategy towards RussiaNikolay Silaev, Andrei Sushentsov: Georgia after the elections and prospects for Russian-Georgian relations
15 comments
Information
Dear reader, to leave comments on the publication, you must to register.