We need to stop crying about our weakness and start solving future problems today.

November 23 2017
77
I do not know about you, but I started to get tired of articles and programs from a series of horror films. Some strange pattern is observed in our media in this matter. Liberals begin to cry - the patriots are silent or smash the "whiners" in angry articles. The liberal wave of crying falls - the patriotic begins. Now the liberals act in the same way as the patriots acted a little earlier. But on the whole, an absolutely idiotic feeling of Russia's insecurity and weakness of our armed forces is being created. 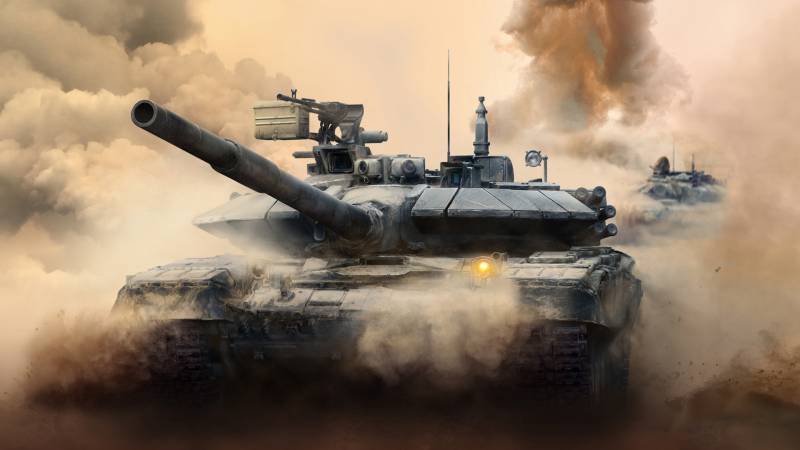 Interestingly, in most cases, it’s not politicians who raise cries, but political scientists, artists, professors of all kinds of universities and academies. That is, people who, by virtue of their popularity and by the nature of their activity, have a significant influence on a certain part of the people. Moreover, the persuasiveness of their words does not even require evidence for fans. Idol said, then it is true.

Now is the time for patriotic crying. The Russian fleet is very small and weak. He cannot protect our seas. Aviation if not inferior, then equal to the western technical solutions. And in numbers it lags at times. Ground forces are only at the stage of rearmament. In short, chef, everything is gone! But is it?

First of all, I would like to understand the reason for such a negative attitude towards Russia. Many people still call such a cause the USSR and its affairs, the Communists. Another part of people sees the reason in the modern politics of Russia. In the ability to speak against the "democratic majority" led by the United States. Still others see the reason in the personality of the Russian president. Putin will leave, and everything will be normal.

But over the centuries of confrontation between Russia and Europe, the reason has not changed. And this reason is Russia itself. With vast territories, with minerals, with incomprehensible people who live where it seems impossible to live. For the West, the very existence of our country on such a scale is a red rag. So many nations, so many religions, so many cultures, so many differences, and all this is one country! Moreover, it is so united that even the collapse of the USSR is perceived not as a victory over Russia, but as a world-level tragedy.

Now essentially crocodile tears. Much of what our politicians and specialists say and write about is true. In the military sense, we really can not resist the "civilized world." Our army is really inferior quantitatively American or NATO. Yes, and quality superiority is not particularly noticeable. New equipment and weapons are there, but they are being supplied to "dangerous areas". And this “bye”, according to the old Russian tradition, will last exactly as long as this technique will be super modern.

Many today set an example of the actions of our army in Syria. "They showed the power and capabilities of the army to the Europeans and Americans." I will not argue, Indeed, showed. So much so that foreign headquarters today are loaded with work for years. Engineers and designers are looking for ways to resist new Russian developments.

But the question arises: is it a traditional Russian army? Does this not resemble the actions of Western, in particular, American armies in most modern wars? Beautiful picture for the inhabitant. Our planes and missiles destroy another enemy in foreign territory. And our ground units perform support functions. We do not fight with the enemy on the ground. Such a new subspecies of peacemakers ...

And thinking people have legitimate questions. Is this army capable of protecting us at this time? Not to wage regional wars, but to protect the country? Do not destroy the terrorists somewhere far away, and not allow the enemy into your own house?

It is clear that the main leitmotif of the statements of most politicians today is as it was in the prewar years in the last century. We will beat the enemy on its territory! Only one thing is not clear: has the enemy already agreed to this? Or doubt? Where is the "stopper" that keeps the world today?

Today, the role of the nuclear triad and the possibilities of delivering a preemptive non-nuclear strike have greatly increased. You have long read or heard the argument of the American admirals about the Russian surface navy? The silence is pristine. But they are constantly talking about Russian nuclear missile carriers. About Russian submarines. Why? Yes, because the West is unable to neutralize these missile carriers. Even with the huge superiority of its own fleet over the Russian.

Maybe in the Western press there are continuing disputes over our new tanks or artillery systems? Are our assault rifles or rifles being discussed? Silence. Yes, for some time, of course, there was interest. It was necessary to explain to the average man that the superiority of these weapons is uncritical. And ideally prove that the old own weapon still better. Explained, proved and ... forgotten. Now it is only important professionals.

But at the same time, how many copies are broken about our missiles! How much money Western countries have additionally allocated to create their own missiles of the same class! How much money is allocated for the creation of weapons of opposition! And the hysteria does not stop. Money continues to be pumped into arms firms. The generals continue to "randomly reveal secret data" about the Russian super-weapon.

It is in the same vein that our aircraft are of interest. Especially those that are capable of carrying nuclear weapons or are an integral part of the forces of non-nuclear strike.

But back to our sheep. To own problems and tasks.

First of all, the probability of a war. The probability is really great. But we and the United States fully understand that in any case, I repeat, in any case, the "otvetka" will arrive. There is no country in the world today that with 100-percent confidence could protect its own territories and its own people from retaliation.

It is clear that the American "playing around" muscles in the North Korean region did not lead to the beginning of the next regional conflict only because no one could guarantee the security of Japan, South Korea, or the United States itself. What is or what is not in the DPRK is not known for certain. No one could predict the actions of Russia and China in the event of even an accidental hit of a nuclear rocket on their territory. But in the region there are still India and Pakistan.

The Democratic World has learned to shut its eyes to hundreds and thousands of deaths in Africa, Asia and other regions of the world. For "civilized countries" this is like a computer game. But the same world does not know how to die at all. Hundreds of thousands of Syrians? Tens of thousands of Ukrainians? Yes, this is nothing compared with two or three dozen Europeans who died during the terrorist attack. Even compared to one lost European, nothing is.

Today, NATO stands at our borders. Now, in one place, now in another, brave guys appear on the Hummers. We have to react. We are refocusing our units on confrontation with a new threat. But look at the reaction of the West to our "West". This is not a game for the public. This is a real perception of one’s own fate in the event of a conflict.

Due to some personal circumstances in recent days I have communicated a lot with the citizens of Western countries. In Europe, most ordinary people and even servicemen are terrified that Russia might attack! Even in Canada, such a mood. In Canada! Have any of you ever heard of our plans to attack Canada? Or at least a defense against a Canadian attack? Most of those with whom I had a chance to talk, assured me that they would never fight with Russia.

Many of the “Young Europeans”, in response to a question about their own insolence and the ability to “overrun from Russia” for arrogance, refer to NATO membership. The notorious 5 item. We are not Latvians, Poles or Lithuanians - we are Europeans. And the whole of Europe will go to war for us. We have to remind of the "whole Europe", which rushed to help Turkey, a member of NATO, after the downed Russian aircraft. So rushed that only heels sparkled.

Europeans will not fight for the Baltic States, Ukraine or even Poland. Will not! And for other countries too. Each donkey wears its own ears. Or your shirt is closer to the body. This is anyone. The bluff that Americans have long used in the fight against the Warsaw Pact has ended. Just like a united Europe ends. Single state did not work. There is a very "dense" union of states. And very much reminiscent of the CMEA. Only it feeds all the "friends" now not the USSR, as in the CMEA, but Germany, France and, so far, Great Britain. Exactly when the feeder stops, the allies will run to the next. At the same time, it also shat at the empty "old" feeding trough.

This situation can not last forever. Ultimately, given the economic, scientific, technological and other opportunities, the West will be able to effectively resist our weapons. Of course, if we do not develop it further. It seems to me that this situation may occur in the next 10 years. And then we can seriously suffer.

Why for a decade? Yes, simply because it is precisely in these years that the first signs of "innovative education in the Russian school" will take the lead in the field of science and engineering. Those who do not have a Soviet, rather good-quality education, but a Russian, "his". How to solve this problem, I do not know. Because I simply designate. Perhaps this is a matter of state and government.

In one thing, I’m sure: any opportunity, when the strike can be painless for one’s own country, the West won’t miss. It will not be a world war. In the worst case, this will lead to the disintegration of Russia into several pieces. Feed us no desire to express. It is enough to remove a strong player from world politics and create territories to supply the "civilized world" with minerals.

Today there is no need to put tanks along the borders "one to one". Modern war will not be a battle of the nations. This is a battle of technology. Battle of science, if you will. So, to save the country, it is important to develop precisely these weapons. While maintaining the necessary and sufficient capacity to wage a local war in the event of an attack. We simply have no other way!

Ctrl Enter
Noticed oshЫbku Highlight text and press. Ctrl + Enter
We are
The tragedy of the American army ("The Atlantic", USA)Results of the week. “In our cooperative, the board is always agreed”
Military Reviewin Yandex News
Military Reviewin Google News
77 comments
Information
Dear reader, to leave comments on the publication, you must to register.