November 22 2017
24
The Russian army adopted the last, tenth brigade set of the operational-tactical complex Iskander-M as part of the serial contract from 2011 of the year, a source in the military-industrial complex said on Wednesday. 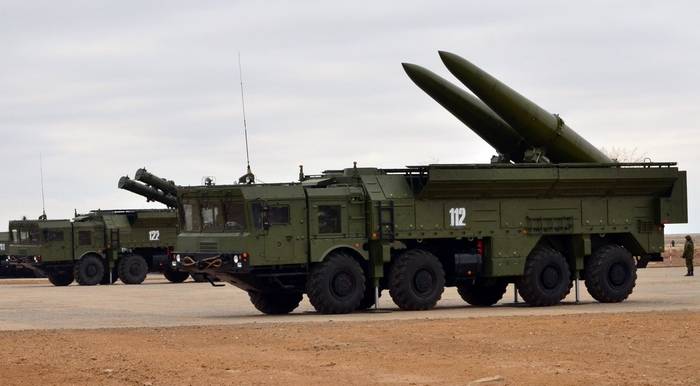 The ceremony of handing over the last brigade set of "Iskander" in the framework of a serial contract signed in 2011, is now taking place at the Kapustin Yar test site (Astrakhan region)
- he said.

The Iskander OTRK is designed for covertly preparing and delivering high-precision rocket attacks on various targets in operational tactical depth with a guaranteed range of destruction from 50 to 500 kilometers, in various theaters of military operations, in any conditions, including with active countering by the enemy with anti-missile weapons. defense and electronic warfare RIA News