November 22 2017
52
Today's loud news: liquefied gas from America will go to Poland. The contract is signed for a five-year term. About this event write the largest news agencies of the planet. What was said this year has happened: if in the spring the Poles persisted in bargaining with the Americans, now the compromise has apparently been reached, and the deal has been approved by both parties. 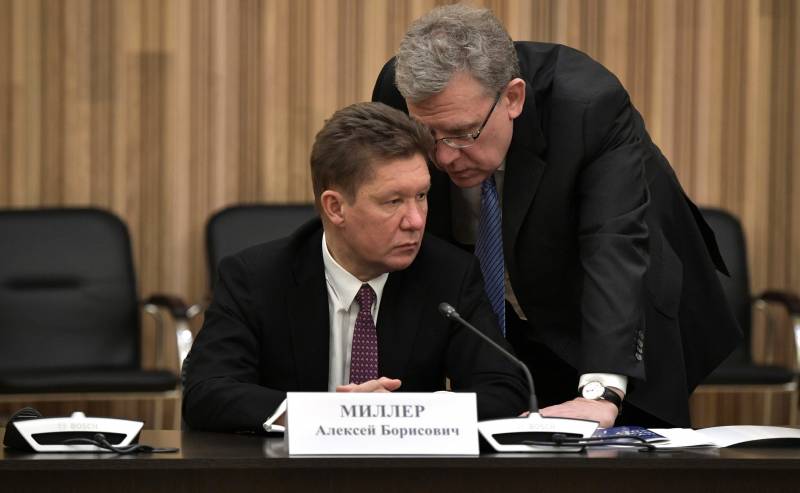 Something sad for Mr. Miller

According to the Polish source, the company's website PGNiG, signed a contract with the company "Centrica LNG". Americans will supply liquefied natural gas (LNG) to Poland. The term of the contract - 5 years.

Reported and the details of the transaction.

PGNiG has concluded a 5-year contract with the United States for LNG, and this contract is the “first interstate” contract for the supply of LNG to Poland. The document was signed by PGNiG Group and Centrica LNG Company Limited (briefly Centrica).

LNG will be shipped from the Sabine Pass terminal in Louisiana. The contract will take effect in 2018 year.

PGNiG intends to increase its commercial activity in the European gas market. The agreement signed with the Americans is the first medium-term contract for the supply of US LNG to Central and Eastern Europe, but not the last. In addition, earlier, in October, PGNiG made a commercial proposal for reserving for itself a part of the capacity of the planned Baltic Pipeline, which will link Poland to gas fields on the Norwegian continental shelf in 2022.

(Recall that this summer, the press wrote about a memorandum that the Poles signed with Denmark. The document meant the joint implementation of the Baltic Pipe project, a pipeline that will replace Russian natural gas in the near future. The construction of the pipeline is scheduled for October 2022. The signed memorandum provided for supplies European consumers of “safe energy at an affordable price", for which diversified gas markets must emerge in Poland, Denmark and the Baltic countries. Now we see that Varsha and it came to the issue of diversification from two sides: the actual European and American).

The contract with Centrica, which was preceded by a Polish long-term gas supply contract from Qatar, translates the Polish PGNiG "into a higher level of activity in the global LNG market," is proudly noted on the company's website.

“We look forward to the start of cooperation with our partner Centrica to diversify gas supplies to Poland,” said Peter Voynyak, President of the Board of PGNiG. According to him, the agreement reached is the first contract of PGNiG concluded within the framework of the long-term contract portfolio. Most of the other contracts will allow for diversified gas supplies to Poland and the countries of Central and Eastern Europe in order to increase the energy security of the region, which “historically dominates Russian gas”.

“We are very pleased to have signed a mid-term contract with PGNiG. This agreement is part of Centrica's strategy to build a global LNG portfolio. Our credibility, experience and commercial potential enable us to supply LNG to a growing number of customers around the world. We are delighted to be working with PGNiG in the coming years, ”commented Jonathan Westby, Managing Director of Centrica Energy Marketing & Trading on the deal.

The gas will be supplied as Delivery Ex Ship (Incoterms 2000), that is, the product is deemed to be delivered when it is at the disposal of the consignee at the specified port of destination. Up to this point, the seller must bear all costs. The risk of loss when shipped to the port of destination is also borne by the seller.

Centrica, like the Polish site, now serves more than 27 millions of customers, primarily from England, Ireland and North America. The company employs about 12 thousands of people.

Thus, the signed contract is the first of many planned. Centrica clearly intends to gain a foothold in the gas market not only in Poland, but also in Europe, and PGNiG is clearly not going to miss the tidbit. It is not surprising that in the last year Poland has been thinking so much about itself, entering into disputes with Germany and even with the EU. Warsaw set out to become the gas locomotive of Europe and oust Gazprom from the market under the pretext of "diversification."

It is difficult to judge whether such large-scale plans are destined to come true, but the fact that Warsaw became close to the overseas hegemon on the basis of gas sales has long been clear. President Trump this year tirelessly promoted American LNG in Europe, and he had one goal with the Poles: to squeeze out the European Union Russian Gazprom, and for a start noticeably reduce its market share. That is why Mr. Trump reiterated the same "diversification" of supplies and the US desire to "help" Poland with liquefied gas. Now Trump's dreams and Polish politicians come true.

Today a major press writes about the deal between Poland and the USA, for example, markets.businessinsider.com, "The Hill" And many more.

The Agency also writes about the Polish deal with the Americans Reuters.

“The first medium-term LNG supply deal from the United States” from the leading Polish gas company, PGNiG, is submitted by the agency as part of a wider Warsaw plan aimed at “reducing dependence” on Poland from “Russian supplies”.

A representative of the state-owned company PGNiG made a statement a few hours ago. According to him, as part of a deal signed with Centrica LNG Co. Ltd, Poland will receive nine LNG supplies in 2018-2022.

But what is curious: this company did not disclose either the volumes or the prices agreed upon under this contract, which is widely reported in the world press on both sides of the ocean.

Reuters informs that LNG will be supplied from the Sabine Pass LNG export terminal in Louisiana in the United States to the LNG terminal in Poland in Swinoujscie on the Baltic Sea. This terminal is open for commercial operations in 2016.

The agency also points out that “the visit of US President Donald Trump to Warsaw in July” mocked Warsaw’s appetites for liquefied American gas. The appetite itself woke up in June, when PGNiG received its first LNG from the United States on the spot market. Now you can talk about regular deliveries.

According to Reuters, the PGNiG plan is not to prolong the long-term natural gas contract with Russian Gazprom (expires in 2022), but to replace deliveries "from the east" with gas supplies from Norway and supplies of American LNG through the terminal named above.

So, Poland seriously took up the gas strategy. It is possible that with the help of the terminal and supply contracts in the United States, it intends to become a kind of gas conductor in Eastern and Central Europe and even oppose itself in some kind of Germany with its “northern streams”.

Anyway, on the EU market in 2018-2022. one should expect the strongest pressure on Gazprom. Mr. Trump and his anti-Russian-minded political colleagues in Poland and some other EU countries will do everything to squeeze Gazprom out of the market. For Trump’s business man, this is “nothing personal, just business,” but for Poland, which will obviously have to pay more for American LNG than for natural gas from Russia, this is obviously a policy issue masked by “diversification.”

Russian gas in Europe is currently the most competitive in price: on average, Gazprom sells it at 170 dollars per thousand cubic meters. Americans this summer offered LNG to Europeans not cheaper than two hundred dollars for the same thousand cubic meters. The difference is very tangible. How many Poles have managed to bargain with the Americans for the winter, the Polish company hides. Most likely, a little, otherwise the secrets would not be made from the price.

However, the Poles intend to “dilute” American gas with Norwegian, therefore diversification is still present.

Ctrl Enter
Noticed a mistake Highlight text and press. Ctrl + Enter
We are
Situational analysis of the death of the MH17 flight (Malaysian Boeing 777), made on the basis of engineering analysis from 15.08.2014"Shale Revolution": saboteurs, crazy and contused maniacs according to Mikhail Leontyev
52 comments
Information
Dear reader, to leave comments on the publication, you must to register.