Russian on the Baltic will again "listen": the Danes are building a station on Bornholm

November 22 2017
22
Only four years have passed since the closure of the station at Duodde Lighthouse. Today, the intelligence service of the Danish armed forces is building a mast on Bornholm to listen to Russian radio signals. 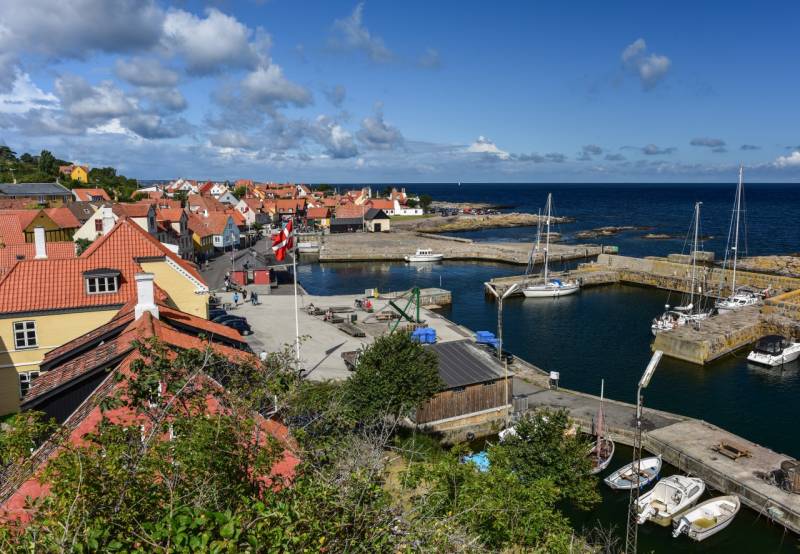 The “Russian threat” has increased, and therefore the Danish government intends to revitalize the listening of the radio frequencies of Russia. This writes the "Politiken" (Denmark; the source of translation - "InoSMI").

According to J. Svendsen and H. Davidsen-Nielsen, “the threat from Russia” and “the struggle for influence on the Baltic Sea” forced the military intelligence of Denmark to again make Bornholm an “outpost of listening” for low-frequency radio communication from the east. Under the coverage of listening will get communication in the Baltic region and, probably, “on some part of Russian territory” (there are no details on this subject).

Four years ago, the Danish intelligence service turned off the listening station on Douodda. The station operated a dozen kilometers from the territory where a new mast is being built. The decision to close Duodd was due to the fact that Russia was no longer considered a significant threat to Denmark and other countries in the Baltic Sea region. However, “after the annexation of Crimea by Russia,” “the war in the east of Ukraine,” as well as “Russia's active participation in the war in Syria,” the attitude towards Moscow among the Danes changed.

The revival of the audition “has a lot of sense and is in good agreement with the increased attention to the Baltic region, which we observe in the draft defense agreement,” said military analyst J. R. Nordby from the Danish Defense Institute.

The military intelligence of Denmark does not want to talk in detail about the power of the new listening facility, but according to the above-mentioned Nordby, attention will be focused, among other things, on the radio communications of ships and submarines.

It is difficult to say how much the Danes believe in the “Russian threat”. The construction, maintenance of the new listening station and its staff will cost the taxpayers a pretty penny. In addition, the Danish press reports about dissatisfied citizens with “construction”. Those who live in the neighborhood are already writing complaints and even hired a lawyer. However, the construction continues. Neither the military nor the government is willing to listen to the disgruntled. Military intelligence has already stated that "due to the specifics of the work, it will not engage in public dialogue."

Ctrl Enter
Noticed oshЫbku Highlight text and press. Ctrl + Enter
We are
We will not fight, but the hand of fighters in the arm of the sun. Denmark vs Russia?
Military Reviewin Yandex News
Military Reviewin Google News
22 comments
Information
Dear reader, to leave comments on the publication, you must to register.