November 22 2017
25
Official portal President of Ukraine announces an emergency meeting of the Council of National Security and Defense of Ukraine in connection with the situation in Lugansk. Recall that on the eve of the center of Lugansk was blocked by armed people, and in the media there was a controversy between the head of the LPR Igor Plotnitsky and the Minister of the Interior Igor Kornet, deprived of ministerial authority. According to Plotnitsky, the situation is under his “personal control.”


In Kiev, they could not take advantage of the opportunity not to point out the “war danger” in Lugansk.

President of Ukraine Petro Poroshenko announced that the number of Russian military has increased in the city. One of the speakers announced the alleged appearance of "Russian tanks". 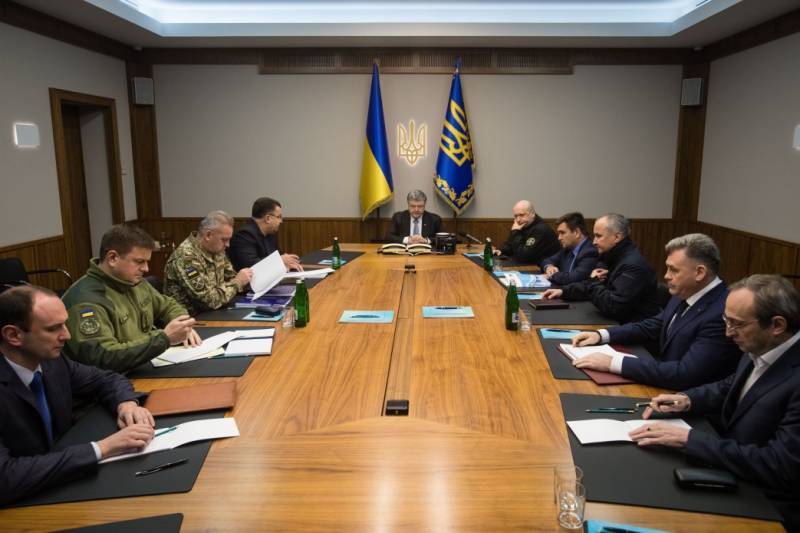 From Poroshenko’s statement at the meeting:
In connection with the increase in the number of Russian military, as well as the activation of mercenaries, the Ukrainian Armed Forces are ready for any development of events for the sake of ensuring the safety of the civilian population.

If the Ukrainian "supreme" cares so much about the peaceful population of Donbass, then why keeps it in an economic blockade and does not prevent the APU and the National Bolsheviks from firing at all calibers against this very population.

In the Ukrainian media, there are claims that the head of the LPR, Igor Plotnitsky, is allegedly "preparing for his resignation with the formation of a temporary cabinet." On what these judgments are based, the journalists have not reported.

Ctrl Enter
Noticed oshЫbku Highlight text and press. Ctrl + Enter
We are
Reports from the militia of New Russia for 27-28 September 2014 of the year
25 comments
Information
Dear reader, to leave comments on the publication, you must to register.