Elite, “onizdeti” and two interpretations of the Great Patriotic

November 22 2017
262
It is sad to look at all this and understand that a new split has occurred in society. But the reason it inspires, on the one hand, optimism, on the other - an understanding of the situation is somewhat depressing. 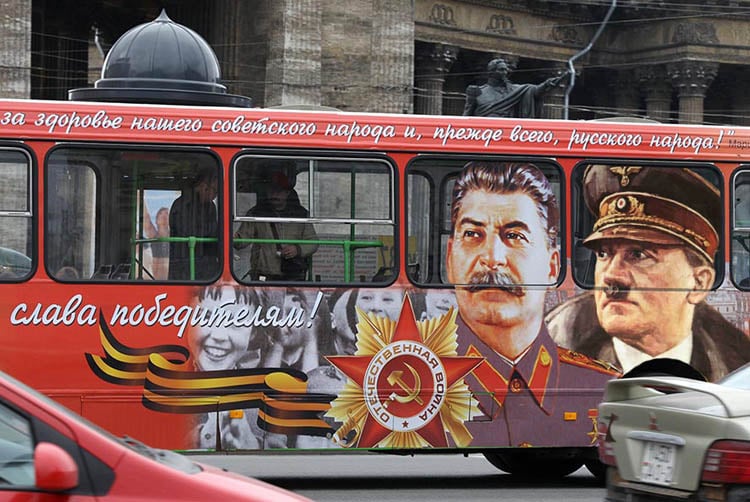 History with the licking of the "innocently murdered" fascist agitated the public. Not for nothing. There is, in fact, the principle of "do not forget, do not forgive." Perfectly.

But there is a division into two categories. Those who began to growl at Kolya Desyatnichenko, who dropped tears from a fascist who doesn’t lie well in our land, and those who rushed to defend him.

Growls, of course, people. Or, as we are called, the electorate.

Protect the poor child of the elite.

"It is necessary to leave the child alone, but take a closer look at the reasons for which this happened."

“I believe that international educational programs should in principle be cleared of ideology and even of the very possibility of its presence in projects with the participation of children. I called many times and I will repeat it again: stop manipulating children!”

Press Secretary of the President of the Russian Federation Dmitry Peskov:

“With such important speeches, people should think a few times about what to talk about and calculate all their actions two steps ahead. In order for the guys to understand this, they should be given an exceptionally good education. ”

Well, what Fursenko, the father of our USE program, said is definitely the height of cynicism. With the rest, too, everything is more or less clear. Elites do not understand indignation.

Yes, everything is clear. "Onizhedeti" and all that.

Children of the elite. Of course, they will not go with the "Molotov cocktails" anywhere. They will simply grow up, get that very “exceptionally good education” and simply sell the country further. And they do not care about history for their own interests.

As we all see, work in this direction is underway. And go successfully. Our valiant elites are preparing for themselves no less worthy change.

I have no such claims to the boy Kolya. I have complaints about those who organized all this. And trips to the resting places of "innocent victims" of the Nazis, and visits to the Bundestag. This is the level. Both financial and diplomatic. Here, too, everything is clear.

In a crisis, Mr. Miller and Mr. Sechin need good and reliable contacts in the West. It's clear. Mr Peskov needs all things to be well with Mr Miller and Sechin. This requires some kind of strategic interests of the state.

Therefore, from the point of view of Mr. Peskov (Fursenko, Kuznetsova), nothing so terrible happened.

Nothing terrible happened from the point of view of “intellectual elites” who regularly stink in the information space. On the contrary, the mountain rose to the defense.

The understanding that we have different views on that war does not come immediately. You just have to delve into what the advocates of true democracy write. And here the interesting moments begin.

For some, that war is the Great Patriotic War. The war against the aggressor, who had treacherously invaded our land, who killed the civilian population and robbed the country. And the whole nation embarked on a war with the fascists. And won.

And for someone it is the Second World. The clash of two systems, national socialist and communist. Two totalitarian regimes clung to each other's throats. Already scorched comparison of Stalin and Hitler, and, from here, just the direct road to repentance and reconciliation.

To reconciliation just with those against whom our ancestors fought.

Damn two, you are our dear. Hell no.

It is here that the principle “do not forget, do not forgive” is in action.

It is clear that the history is written by these very elites. And we have already rewrote one story. Made from the Second World, as it was called one hundred and three years ago, imperialist.

That is exactly what happened. That war, which the people called Patriotic, because all Russia rose, was called imperialist. Because it was conducted for the interests of world imperialism.

I agree with this interpretation. The First World War was indeed imperialistic in essence. But the Russian people rose and went into battle when war was declared on Russia, and the troops of Germany and Austria-Hungary crossed our borders.

There is a difference? For historians and analysts - imperialistic, for the Russian soldier - Patriotic. He went to beat the German, who attacked his homeland.

The same with the Third or Great Patriotic. The soldiers went into battle with the Nazis, the children and wives went to the fields and to the machines. Everything for the front, everything for Victory.

And historians and analysts argue how great the chance was that Stalin would give an order and be the first to attack Germany. And how much the communist system was different from the national socialist one.

Today we actually know nothing about our heroes of the First World War. Those who died not for the interests of capitalism, but for their homeland. And only now we are trying to restore the memory of that war.

Meanwhile, in fact, by analogy with Ukraine, of our schoolchildren they make just such “Ivanov, not remembering kinship” at school.

Thanks to Mr. Fursenko, who loves for a good education. Thanks to him, including my daughter, she studied at the Lyceum according to Danilov’s 2013 sample textbook of the year.

Is that enough? For what?

In order to raise generations in a frankly miserable USE system, who will not know anything at all and who will not care who to bow to or repent to? Just to "solve the questions"?

Of course, the herd is easier to manage. And easier. The herd should dream of a new version of “iPhone” and likes in social networks.

And the grown-up “onizdeti” elites will quietly take the reins in their hands and lead the flock to a brighter future.

Through repentance and the recognition that not all fascists wanted to fight. On the contrary, they did not want at all. It so happened that they reached Moscow and the Don. Reluctantly. They did not want to kill the Russians. They did not even shoot at them. The Russians themselves committed suicide by millions on the front lines and in German camps. Just because they were savages, fooled by communist propaganda. And they did not understand that the Germans carried them freedom from the totalitarian regime. From the camps of Beria.

And the Russians did not appreciate this. And they killed the Germans. They killed, as it is necessary to kill the enemy.

Yes, apparently, this will be a new trend: sobbing over the enemy.

Question: why not remember not an obscure fascist who was fortunate enough to survive in Stalingrad, but, for example, Hero of the Soviet Union (posthumously) Fritz Paul Shmenkel, partisan and intelligence officer of the Western Front, in 1942, who came over to our side and was shot by the Germans in 1944 when the group was ambushed and destroyed? 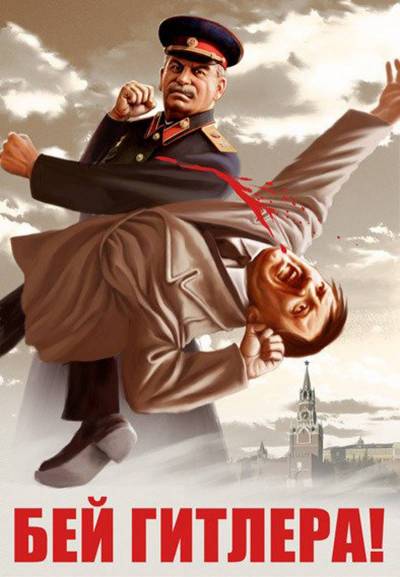 Here he just did not want to fight for the Nazis.

Or the crew of the "Junkers", who flew to us 25 June 1941, near Kiev. Hans Hermann, Hans Kratz, Adolf Appel, Wilhelm Schmidt. Here they also did not want to fight.

But it is unlikely that these names will be favorably received in the Bundestag.

And it is unlikely the elite "onizdedetyam" someone will give a piece of paper with these names. Not for that went like.

Summary: in principle, the policy of the "top" is clear as day. From the comments of persons in positions who have a position of President of the Russian Federation.

In the furnace history, there is the same ideology.

Long live the future of Russia, which will be arranged by generations free from knowledge and understanding of history, free from ideology. But at the same time free from honor, conscience and national dignity.

Then we will definitely live no worse than the Germans. The main thing is to come to the polls and vote correctly. The rest will be done for us.

Ctrl Enter
Noticed oshЫbku Highlight text and press. Ctrl + Enter
We are
Desyatnichenko: The most important thing was cut out of my speechTo say “thank you” for the “innocently killed” Wehrmacht soldiers?
Military Reviewin Yandex News
Military Reviewin Google News
262 comments
Information
Dear reader, to leave comments on the publication, you must sign in.