Disorder in the North Atlantic family: Turkey threatens to file for divorce

November 22 2017
13
Conflict situations in NATO between the parties are becoming commonplace. On the eve, Turkish President Rejep Tayyip Erdogan once again accused Washington of not complying with the rules of the game in the Middle East, which gave additional reasons for asserting that the relationship between Ankara and the leading member of the North Atlantic Treaty is going through a difficult period. 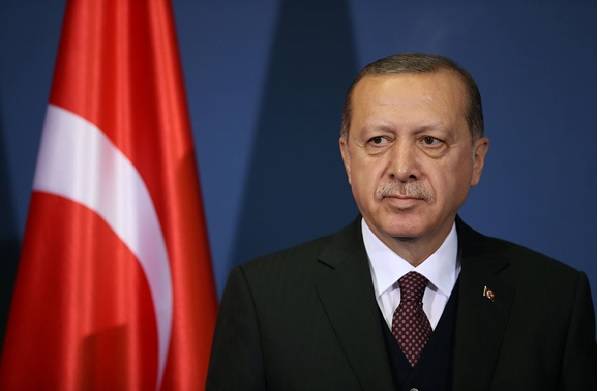 Speaking on Tuesday in front of the parliamentary faction of the ruling Justice and Development Party, the Turkish leader announced a policy of double standards, which the US leadership continues to adhere to in the fight against radical groups.

As the President of Turkey stated, the American side is reporting on the cleansing of Syria from the terrorist group ISIL, while Washington continues to supply weapons and technology on the territory of the Arab Republic. During the speech, Erdogan wondered who and for what purpose the supplied weapon was intended, giving him a rather vague explanation. It is noteworthy that the other day the United States provided the Kurdish detachments of people's self-defense 120 units of armored vehicles, which, apparently, could have served as another bout of discontent among the Turkish leader.

As is known, United States support for Kurdish formations remains one of the problematic issues in the relations between Washington and Ankara. In addition, the Turkish ally in the NATO bloc has repeatedly accused the American partner of having links to the ISIS group. One such example is Erdogan’s recent statement about the financial support of the Capitol of the militants.

Additional reasons complicating relations between the representatives of this military organization are provocations arranged by Anatara against the military leadership of other countries of the alliance. Recently, in the exercises in Norway, images of Mustafa Atatürk, the founder of the Republic of Turkey and current President Reygep Erdogan, were used as targets of enemies. In response to a kind of demonstration by the organizers of the teachings of the principles of transatlantic unity, Turkish politicians expressed doubt about the need for the continued presence of their country in the ranks of the North Atlantic Alliance. The chief adviser to the head of Turkey, Yalcin Topcu, stated the following: “NATO is behind all the upheavals and dependence of our defense sector. It's time to review our relationship with the alliance. This organization, which is hostile to one of its members, is not the only option for us. ”

It seems that the alternative that allows the Turkish leadership to go against the will of the “guarantor of world security” is Moscow. Indicative in this case is the conflict over the delivery of American F-35 fighters to Turkey. In response to the purchase by Ankara of the Russian missile defense system C-400, Washington announced its intention to deny the delivery of these aircraft to the partner. In turn, the Turkish authorities expressed their willingness to disable the American AN-TPY-2 radar, the purpose of which is to protect Israel from ballistic missiles. Also, it should be noted that the last few days, some Russian military crews are heading to Hmeimim air base through Turkey.

The contradictions between Turkish and American politicians in the Middle East are still insoluble, given that Erdogan openly refuses to recognize the leading role of the American partner. Be that as it may, the States are clearly demonstrating their unwillingness to make concessions to the leader of Turkey, while continuing to supply the Kurds with weapons. It seems that Washington is convinced that the Turkish Sultan will not be determined to leave a friendly Euro-Atlantic family, where everyone works for the interests of one member.

Ctrl Enter
Noticed oshЫbku Highlight text and press. Ctrl + Enter
We are
A great interview with Sergey Lavrov: about Ukraine, Obama and IranOn the other side of the “red” and “white”. Izborsk Club Report
13 comments
Information
Dear reader, to leave comments on the publication, you must to register.