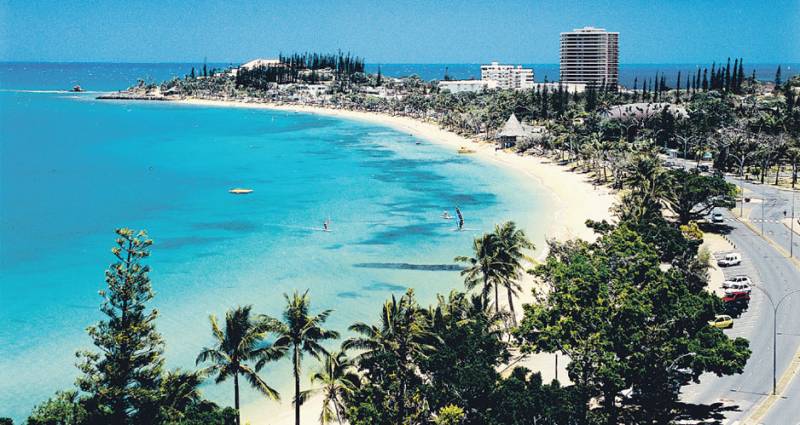 Paris agreed with the authorities and political parties of New Caledonia to hold a new referendum on independence. It should take place no later than November 2018 of the year. And if independence happens, the entire system of numerous French territories in the Pacific will disintegrate. So many experts say.

The islands now marked on the maps "(Fr.)" will inevitably become the economic and military-political prey of Washington, which will finally turn the largest ocean into the inland sea of ​​the United States. Moreover, the States have more than half a century in favor of the departure of Paris from the region.

New Caledonia is the largest Pacific Territory of France. Almost 20 thousand square kilometers with a population of about 300 thousand people. The archipelago has the largest reserves of nickel, copper, chromium, vanadium, cobalt in the basin, which are exploited by the French business. The location of the islands allows you to control global trade routes in the south-west and partly in the central sectors of the Pacific Ocean. And near the new Caledonian capital Noumea is located one of the largest French military bases. In short, the States have something to fight for.

Since 1853, this is an overseas territory of France, but its internal self-government at the end of the twentieth century was expanded. Since 1969, after the resignation of de Gaulle (“The Last of Paladins”), the USA, Canada, Australia and New Zealand are increasing support for the local “anti-colonial” movement. Through the efforts of these UN countries in 1986, New Caledonia was included in the list of Non-Self-Governing Territories. The pressure is bearing fruit: today in the parliament of the overseas territory up to 60 percent of the seats from the parties demanding independence. For the most part, they represent the Kanaks, the indigenous inhabitants of the archipelago. In the composition of the population about 40 percent, and the French - up to one third.
Previous referendums gave 65 a percent of votes for the status quo. But with 2013, with the increasing military-political rapprochement between Paris and Washington and the growing activity of the metropolis in NATO, separatist tendencies began to grow.

In addition, island France, which is almost half of Polynesia, is outside APEC due to obstruction by the same Washington, Ottawa, Canberra, Wellington (“Cold Current”).

So, is the departure of Paris from New Caledonia, and soon from the rest of the territories in the Pacific - a predetermined cause? It seems that yes, such a scenario is being implemented. The ex-French lands and accordingly the vast part of the Pacific basin will automatically fall under the control of the USA, as happened with the former territories of Japan, Holland and Great Britain in 50 – 80-s.