Poroshenko equated victims on Independence to the participants of hostilities

November 21 2017
64
President of Ukraine Petro Poroshenko said that he had signed the law, according to which those who suffered during the "euromaidan" will receive benefits as participants in hostilities.


Earlier, Poroshenko said that the victims during the "euromaidan" will receive the status of participants in hostilities, and promised to sign the relevant law. 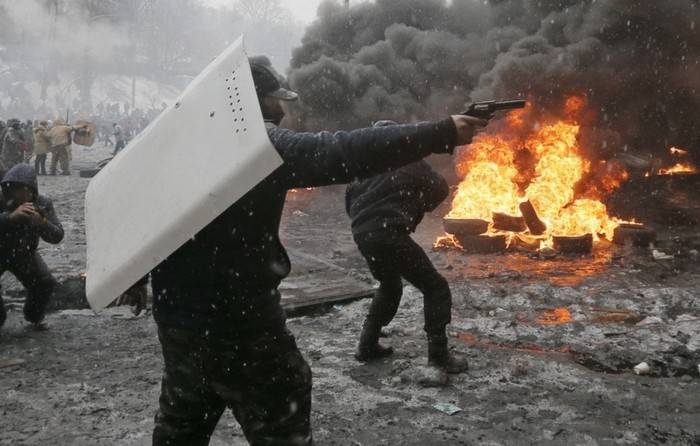 Those who were injured at the barricades of Maidan or have lost their health are now granted the status of a combatant. Today signed the relevant law
- wrote the president on his page on Facebook.

Ukraine 21 November celebrates the Day of Dignity and Freedom, dedicated to the anniversary of the beginning of the protests in Kiev in 2013 year ("euromaidan").

Last week, the Verkhovna Rada made changes to the law “On the status of war veterans, guarantees of their social protection,” according to which victims during the “euromaidan” will receive benefits as participants in hostilities, in particular, benefits in paying utility bills, free medicines and medical services, surveys. As well as cash payments, free travel, free spa treatment and others. Disabled put an even wider list of benefits, transfers RIA News