Only in this way America will achieve peace in Ukraine (The National Interest. USA) 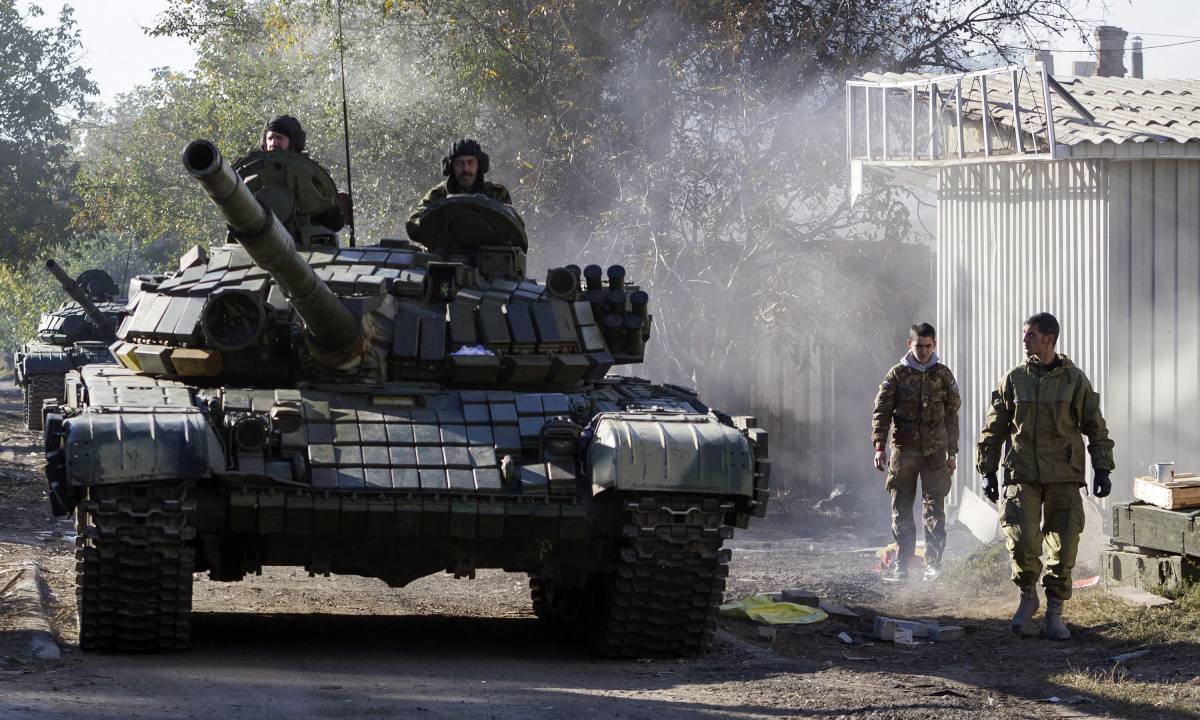 The Trump administration has repeatedly stated its intention to become a peacemaker in Ukraine. The initiative would have a greater chance of success if Washington proposed a certain set of measures guaranteeing Ukraine’s neutral status and non-expansion of NATO.

It seems that Washington politicians simply can not live without an enemy. However, the “Russian threat” did not meet their expectations. Vladimir Putin is an unpleasant autocrat, but his kingdom is much more free than the kingdoms of American allies - Egypt, Saudi Arabia and Turkey. Washington even gives one of them attention, money and weapons.

History with the intervention of Moscow, everyone was unpleasantly surprised, but Washington has nothing to complain about. For that matter, the United States intervened in the elections in the 81 country. The Clinton administration has made every effort to successfully re-elect Boris Yeltsin in the 1996 year (which, however, unexpectedly for all led to the Putin presidency).

The Russian Federation is not an ideological rival. Putinism very few people like, except for Putin himself and his inner circle. Earlier, when Putin demonstrated his authoritarian ways, no one called him a communist. Rather, he simply did not like the way the West relates to Russia. He did not lead any particular anti-American policy. He is a king in the traditional sense of the word, who demands respect for his state and guarantees its security.

And this explains Russia's foreign policy. For example, Putin believes that the interests of Moscow should be for Syria a higher priority than the interests of America, since Syria is much closer to Russia in geographical terms and has been its military ally for many years.

More importantly, Russia intends to prevent Ukraine and Georgia from joining NATO. No one should be surprised by the fact that Moscow opposes the expansion of its historical adversary to its borders and the inclusion of territories that were once part of the Soviet Union and the Russian Empire. Ukraine and Georgia are not very fortunate, but Washington rarely allows “justice” to interfere with its security interests.

In addition to constant complaints from European countries, there is no evidence that Putin is planning aggressive actions. What is the use of it? More likely, he perfected the art of destabilizing states that decided to leave the dirtiest military work to the United States.

Only Europe, which has become completely dependent on America, can look so vulnerable in the face of an increasingly weaker Russia. In the aggregate, Europe is twelve times stronger than Russia in economic terms, three times as large as its population and is twice as powerful militarily. Moscow lost its superpower status about a quarter of a century ago. Today it is a regional military power with a weak economy and an obscure political course. Nuclear weapon gives Putin considerable weight in the international arena, but America also has it, and quite a lot, and even Europe has some reserves.

Washington and its allies continue to hold Russia under sanctions, although there is no practical benefit to this. Russia will not give up the Crimea without war. Supporting prolonged hostilities in the east of Ukraine, Moscow ensures that Kiev does not join NATO. Congress is convinced that American economic influence will allow them to reshape the rest of the world, but sanctions rarely forced nationalist governments to abandon their goals. This should be absolutely clear to the Americans, who would not have ceded to Russia (or to anyone else), if all had happened the other way around.

Improving relations with Moscow should be a primary task for the United States. Western politicians are eagerly awaiting Putin’s resignation, but he personifies the larger political forces in Russia. One can be almost completely sure that after him someone liberal in the Western sense of the word will come to power. There is no such person in his environment. And even in the opposition it is not. Those who are well acquainted with Alexei Navalny, the opposition leader, point out that he would be no less an autocratic and nationalist than Putin. Expecting change means expecting something that may never happen.

Nevertheless, everyone would have won if the conflict in Donbass ended, and the threats against Europe would dissipate. Russia can also help or hinder the West in other regions - in the Middle East, in particular, in Syria and Asia, and especially in North Korea. Other important issues are Afghanistan and the Arctic. If relations between the United States and Russia improve, Moscow will still seek its independent interests, but may be more inclined to take into account the problems of the allies.

The most important event may be the separation of Moscow from the People’s Republic of China (PRC). The most brilliant move by Richard Nixon was to establish relations with the PRC in order to balance the Soviet Union in this field. The policies of Presidents Bill Clinton, George W. Bush, and especially Barack Obama led to the opposite: the unification of Moscow and Beijing. In fact, one of the only goals that bind the two governments is the determination to prevent US world domination. However, if America faces a military threat in the future, it is more likely to come from China than from Russia.

The policy of building relationships with Moscow was complicated by the hype around the Trump campaign. And although there is very little evidence of these allegations, Congress began to strengthen the sanctions, reducing the likelihood of positive change. The Minsk agreements remain unfulfilled, but this is also Kiev’s fault, which refuses to make the promised changes to the Constitution.

The administration is going to send 20000 peacekeepers to the Donbass, where 10000 people have already died during the hostilities. The main goal is to oust the Russian troops, disarm the separatists and return the region to Ukraine, but with a greater share of independence.

It is likely that Moscow will agree to such conditions if Washington proposes to consider Russia's security problems. NATO still officially intends to admit Ukraine and Georgia into its ranks. The United States and its allies must declare that they do not plan to expand the alliance. If they have to start a war in the case of Russian aggression, they will not deploy troops and equipment in the heart of the former Soviet Union.

If the question of Ukraine joining NATO will be removed, Moscow will have no reason to support the conflict in the Donbas. Peaceful Ukraine will cease to pose a threat to Russia. Moscow will be able to rid itself of costly hostilities that aimlessly absorb resources and lives. Ukraine will be able to develop economically and politically at its discretion. Sanctions will be removed, the economic integration of Russia with Europe through Ukraine will begin.

Such an option would be a compromise, but it would be the most profitable for everyone. Of course, Kiev is free to do what it pleases, but other parties do the same, interfering in this war. America should not do the same, because its task is to defend against Russia and its nuclear weapons. Sanctions will not force Moscow to give up the Crimea and stop this geopolitical cataclysm, but sanctions force Moscow to resist the USA in all corners of the world.

Maybe Congress did not notice this, but Washington clearly can no longer dictate to other countries what to do. No one benefits from the conflict in Ukraine. Administration should be forward-thinking. NATO members must declare that the alliance will not expand.

Dag Bandou is a senior fellow at the Cato Institute; former presidential adviser Ronald Reagan; He is the author of several books, including Foreign Follies: America's New Global Empire.

Ctrl Enter
Noticed oshЫbku Highlight text and press. Ctrl + Enter
We are
A great interview with Sergey Lavrov: about Ukraine, Obama and IranWhat you didn't want to know about England
Military Reviewin Yandex News
Military Reviewin Google News
36 comments
Information
Dear reader, to leave comments on the publication, you must to register.