Bondarev spoke about the volume of the new state program

November 21 2017
62
The volume of the new state armament program (LG) will be 19 trillion rubles, it will allow to realize the most ambitious technical and technological plans, said on Tuesday the head of the Federation Council Committee on Defense and Security, Viktor Bondarev.

The new state armaments program is almost ready, completion is in the final stages. Financing options, I recall, for a long time been the subject of heated debate. Now the agreed amount is 19 trillion. And if we take not the absolute figures, but the average annual value, the current program turns out to be financially comparable with the previous one.
said the senator. 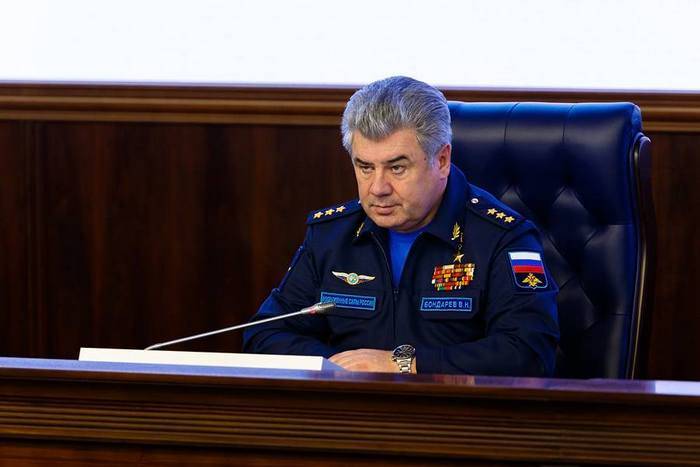 He clarified that in some areas of work in the new HPO prolonged to 2027 year.

According to the senator, on Monday at a meeting in Sochi, Russian President Vladimir Putin clearly identified two fundamental principles that should be laid down in the new state armaments program. On the one hand, technological improvement, innovative breakthroughs, the creation of new types of weapons and military equipment, and on the other, serial, uninterrupted production and widespread introduction, putting into service of already well-established machines, tools and shells, the senator listed.

At the same time, noted Bondarev, without maximum diversification of production with the release on a sufficient industrial scale of all the necessary units, "we cannot ensure the staffing and, most importantly, the independence of our Armed Forces."

It is necessary that our weapons, advanced military and special equipment ... take into account possible changes in the strategy and tactics of warfare in the future.
- added the senator.

According to the head of the committee, the Russian defense industry is able to create the best weapons in the world. In its arsenal - unique strategic bombers Tu-160, OTRK with powerful ballistic and cruise missiles - the Iskander family, Tanks "Armata" and so on.

In addition, the press service of Bondarev mentioned promising intercontinental ballistic missiles "Sarmat", bottom-base missiles "Skif", hypersonic missile "Zircon", without specifying whether these samples have already been adopted or not.

Ctrl Enter
Noticed a mistake Highlight text and press. Ctrl + Enter
We are
The big press conference of Vladimir Putin
62 comments
Information
Dear reader, to leave comments on the publication, you must to register.