Paruby accused Russia of deteriorating relations between Ukraine and Belarus


According to Paruby, Ukraine is trying to establish cooperation with Belarus, however, the leadership of this country is “constantly” under pressure from the Russian authorities, which “does not pass without a trace.” 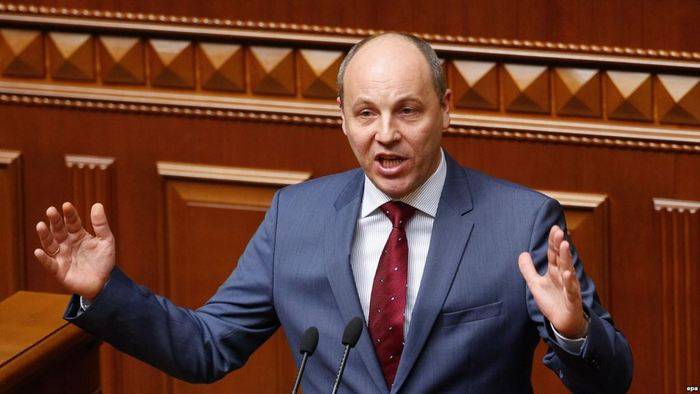 The influence of the policies of the Kremlin and Putin on Belarus is increasing. Obviously, unfriendly actions of the Belarusian authorities regarding Ukraine are connected with this
- Speaker told reporters, reports channel "112 Ukraine".

Paruby is sure that Kiev should support "democratic processes" in Belarus.

On the eve of Minsk confirmed the detention of the Ukrainian journalist Pavel Sharoyko. He was accused of espionage and the creation of an agent network in Belarus. The correspondent was called an employee of the Main Intelligence Directorate of the Ministry of Defense of Ukraine (GUR MO), but the department said that this information was not true.

Ctrl Enter
Noticed oshЫbku Highlight text and press. Ctrl + Enter
We are
Results of the week. "Who you are lucky, in fact, and will carry a cock, and such a bird as you, I, too, will rush!"
Military Reviewin Yandex News
Military Reviewin Google News
59 comments
Information
Dear reader, to leave comments on the publication, you must to register.