Igor Plotnitsky: Cornet is lying, he is removed from the post of the head of the Ministry of Internal Affairs of the LNR


Igor Plotnitsky commented on Cornet’s speech, stating that the procedure for dismissing this man from the leadership position of the Ministry of Internal Affairs in the Luhansk People’s Republic continues.

Head of LC:
The statement of Cornet has no basis and legal force. Since yesterday, Cornet has been lawfully removed from his post: there is a court decision, a petition from the relevant committee of the People’s Council.

Plotnitsky noted that instead of Cornet, the post of head of the republican Ministry of Internal Affairs took "another person" as an acting officer. 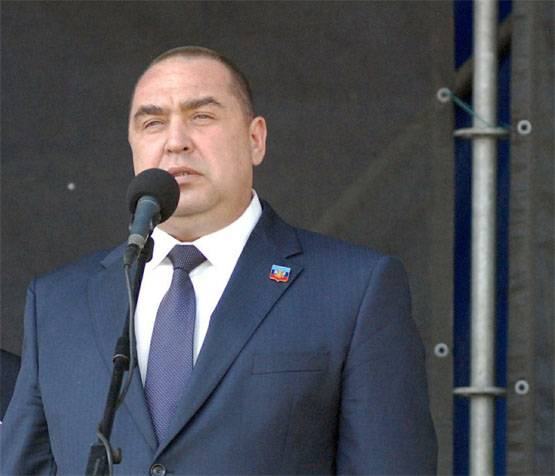 The statement of Igor Plotnitsky leads GTRK LC, the head of which Igor Cornet earlier called “arrested for assisting the special services of Ukraine”:

This situation is a continuation of yesterday's personnel changes due to the lawful removal from office of the Minister of the Interior. The events of today have once again proved that the decision was made right. Attempts by certain structures of the Ministry of the Interior in such a way to challenge the court decision and the petition of the Committee of the People’s Council of the Lugansk People’s Republic on state security and defense, the work of law enforcement agencies and the judicial system, legality, protection of human and civil rights and freedoms crossed all the permissible limits. (...)

Currently, the investigation is underway, but in another case with other defendants. There are no grounds for the arrest of Anastasia Shurkayeva, Irina Teizman and Yevgeny Seliverstov. about. Minister of Internal Affairs of the LC did not give.

However, their actions should not be a cause for panic, and will soon be completely eliminated. Now the leadership of the Lugansk People’s Republic is doing everything possible to ensure the safety of residents of the republic’s cities. Therefore, I can say with confidence that the attempts of certain individuals to stay in power at the cost of destabilizing the situation inside the state are in vain and will be completely neutralized in the near future.

Constant refutations of the representatives of the top of the LC of each other can not help but worry, since behind the internal friction of politicians and security officials are the fates of ordinary people.