November 21 2017
41
Telegram-channel Directorate 4, engaged in the review of the activities of terrorists, released material, which states that the terrorists seized the second tank in a day, delivered to Russia by the Syrian army. This time they managed to repel the Soviet T-62. 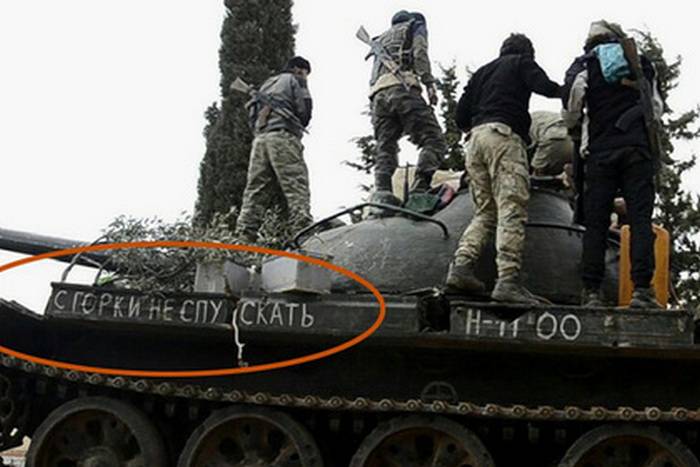 It is specified that the tank fell to the fighters of the "Islamic Party of Turkestan" *, which is part of the "Tahrir ash-Sham" * group, created on the basis of the terrorist group "Dzhabhat al-Nusra" *. He was captured during the fighting for the village of Mustariha in the province of Hama, six kilometers from which is the airfield Abu ad-Dukhur. The Syrian military has been trying to advance for several weeks.

Earlier, the militants of the Islamic State * (IG *) boasted in the news story of their news agency Amaq a tank T-90 Russian production. Experts believe that this is the very machine that the terrorists allegedly destroyed on November 16th. Directorate 4 clarified that the tank is still used in battles in the Euphrates Valley.

The army of Syria has Soviet tanks T-55 and T-62, T-90, which came into its possession in 2015 and took part in the battles for Aleppo, reports Lenta.ru