Bulgakov checked the state of the MTO system in Crimea

November 21 2017
5
Deputy Minister of Defense of the Russian Federation Dmitry Bulgakov made a working trip to the Crimea, where he checked the state of the material and technical supply system (MTO) of the troops of the Southern District, reports RIA News message of the Russian military department. 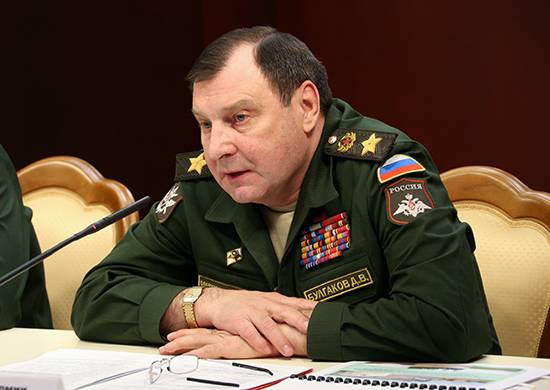 The Deputy Minister of Defense of the Russian Federation made a working trip to the troops of the Southern Military District stationed in the territory of the Republic of Crimea. During the trip, Army General Dmitry Bulgakov verified the fulfillment of the instructions given on the results of the inspection of the logistics system of the Southern Military District troops held in July 2017,
says release.

In addition, Bulgakov “checked the results of the diagnostics and commissioning of the adit for storing fuels and lubricants in the Mekenziev mountains in the Crimea, and also checked the condition of the fleet of vehicles, barracks, canteens and other military facilities of the 810th Separate Marine Corps and 126 separate Black Sea Coast Defense Brigades fleet».