What happens in the center of Lugansk?

November 21 2017
103
Ukrainian information resources savor the material that hotheads call almost evidence of “Lugansk State Emergency Committee”. At the same time, many refer to the journalist of the media, which may soon be in Russia to enter the list of media agents. We are talking about the publication of a man named Andrei Dikhtyarenko from Radio Liberty on Facebook.


From Dihtyarenko's publication:
In Lugansk, an armored personnel carrier was brought under the control of the Ministry of Internal Affairs, armed people cordoned off the building, some with hand grenade launchers. It seems that Cornet decided to “appeal the court’s decision” about his dismissal from the post of minister.

Now the main thing is that in the process of “filing an appeal” the residents of the neighboring houses are not injured. These war events take place in the very center of the city. 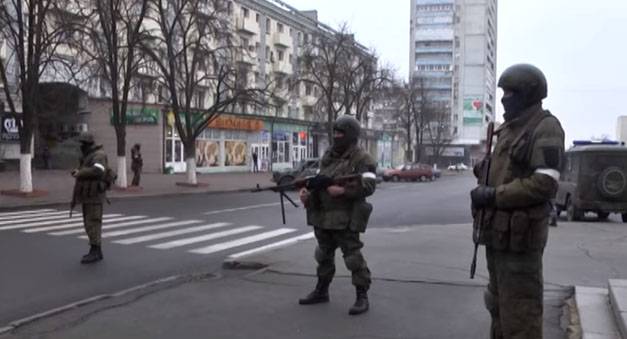 The following is the material of the GTRK LC, published on YouTube:


From the comment to the video:
The territory is under the control of the government security service. Armed men don't say who they are. They call their task blocking the entrance to the government buildings.

One of the servicemen notes that in the center of Lugansk, scheduled joint exercises are being held with the “Berkut” fighters.

From the commentary of the journalist GTRK LNR:
The order of the head of state (head of the LPR Igor Plotnitsky) to leave the territory, the employees of the "Berkut" and these incomprehensible armed people refused to carry out.