Cinema: here too Trotsky is on a dashing horse ... 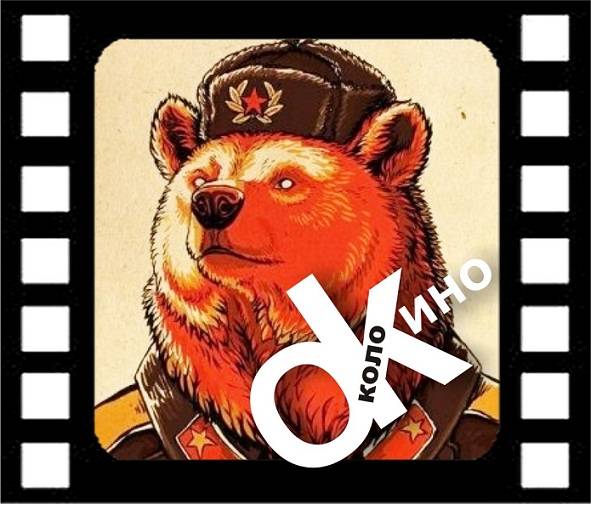 Of course, to surprise our society that has seen the Mikhalkov sailing tank troops and the bare butt of the Luftwaffe, veterans of the Ministry of Emergencies with the seven fathers of Bondarchuk ml. and his own parody of Pavlov’s House is quite complicated. But the authors of Trotsky, God sees, tried. Who are they?

The directors were Alexander Kott and Konstantin Statsky. The first, after the success is quite good, already because NKVDeshniki does not eat babies for breakfast, the paintings “Brest Fortress”, set off to shoot a television serial consumer goods and fierce thrash like “5 Christmas Trees”. A colleague didn’t come up with a serial hate, unless, of course, taking into account the children's film “Fairy Tale. There is a "similar to the result of exposure to hard drugs.

Pictures for authorship of directors "Trotsky"

Trotsky was produced by Konstantin Ernst, who periodically fills the entire free air on his channel with an advertisement for his film production. His accomplice in this business was Alexander Tsekalo, who for many years has been straining to become famous as a producer, screenwriter, presenter, etc., but still remains in folk memory a character from low-grade pop music “Cabaret-duet“ Academy ”.

It's not worth talking about the historicity of this television film. Bulldozer historical Facts according to the scenario of this "fairy tale" was not rode unless lazy. The scriptwriters were Pavel Tetersky, a smiling guy from Lviv and one of the members of the friendly team of the Playboy magazine (whether he remains to them now), Ruslan Galeev, a science fiction writer and Oleg Malovichko, who had a hand in everything that was possible - from the failed Attraction "To the eerie experiments on the reincarnation of the Soviet comedy" Merry Guys ". 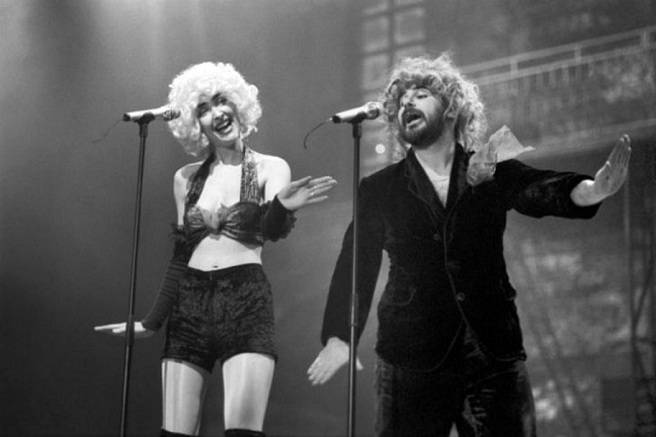 Therefore, let us turn to the movie itself. To praise the quality of camera work, the very picture and visual effects, in my humble opinion, is stupid. This is the same as lying in the infectious diseases department after washing the stomach to philosophize - "that caviar is, of course, a fierce poison, but the jar was indescribable beauty." So no matter how beautiful the picture is, it will not brighten up the content.
The main character is, of course, Trotsky. One of the brightest figures of the October Revolution. In the picture it is a nervous, somewhat hysterical character, suffering from endless mystical seizures and visual hallucinations. Sometimes they look like some kind of flashbacks (something like a retrospective), but they don’t carry any functions of this cinematic tool, since they don’t reveal the main character, except that Trotsky suffers from schizophrenia.

But no matter how wild it sounds, it works. Because the creators of the tape to the grinding of teeth need to make Trotsky at least a little interesting character. And since the authors lowered the story into the toilet bowl along with real speeches and statements of their hero, all that he speaks is only the ideas of these same authors about Trotsky. And these representations are fragilely fragile, like any stereotypes from the 90's. Therefore, the periodic "parishes" of Trotsky at least some kind of shake-up for the viewer.

Another painting in his own impotence of owning artistic tools was an attempt to isolate the figure of Trotsky by artificially bringing down all the other revolutionaries from the historical pedestal. Ie, having a carte blanche for the rape of history, they first made their hero a scarecrow, a scarecrow in the style of “A Nightmare on Elm Street”. Then, realizing that such a character is not interesting even for a drunken stupor, they decided to lower all the others to a caricature level. So, Lenin appeared mumble, and Koba Caucasian Gopnik from the gateway. 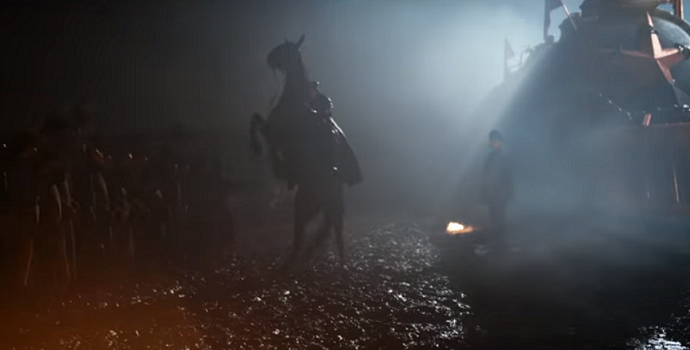 And here Trotsky is on a dashing horse ...

As if all this feverish delusion was not enough, the authors, apparently understanding the conjuncture and the stereotypical thinking of certain narrow-minded groups, turned almost all revolutionaries, except Trotsky, into anti-Semites. And this label is more contagious than syphilis - you pick it up and you will not cure it. And considering that the series was pushed beyond the cordon even before the premiere in Russia, this label begins to play with new colors.

But back in native penates. The opinion that this opus is nothing more than another attempt to falsify history, in my opinion, is true. And the fact that this is a clear propaganda character too. True, now this agitation brew will be poured onto the external consumer behind the cordon.

The main thing is that the authors of “Trotsky” themselves tried so hard to demonize their heroes, that they devalued the entire propaganda reserve. They were devalued to such an extent that even the pokemon generation could not isolate the "Trotsky" from a number of fantasy paintings like Harry Potter with the ubiquitous Volan de Mort. And in this case, it’s not worth worrying about brainwashing for a whole generation, because our educational system does a great job with this, and not a special case of an inconsistent television movie.

Instead of subtle unobtrusive artistic tools, the authors forged the image of Trotsky with special effects hammer and frank surah. As a result, the character was so unreal that it makes no sense to talk about it.

No, of course, some critics heart-rendingly screamed that it is worth taking everything that is happening only as an artistic understanding. Only now the same part with such fervor found fault with every seam on the Panfilov’s uniform and eventually put itself in the cocoon of a liberal party, each screech of which has long had weight only inside the party itself. 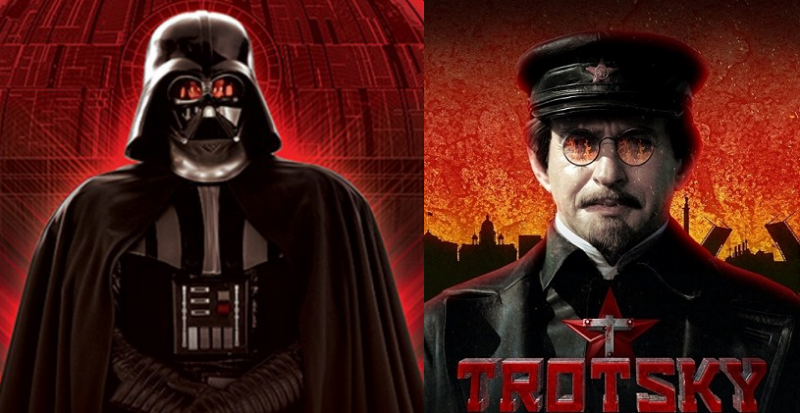 A vivid example of the wretchedness of the TV movie "Trotsky" is an episode with the journey of Lev Davydovich on an infernal steam train through the steppes and valleys of Russia. The entourage of the picture is so stiff a mixture of some kind of steampunk and Star Wars that laughter breaks out by itself. Trotsky, skinned with red leather and stepping out of a pair of clubs, is simply demanding that John Williams's Imperial March soundtrack be worn out of the skin of a radically black skin with the leather Red Army men no less characteristic of their leader. Well, if at that second I heard the German language, I would definitely expect the start of a BDSM party.

And all this in a country where there is a rich experience of creating characters that inspire awe. And I do not mean some kind of “Freddy Krueger”, but quite living people. Recall only the image of General Khludov from the painting "Running", embodied by the genius Vladislav Dvorzhetsky. No special effects, just acting. And after that, to observe the hysterical attempts to make Trotsky something satanic with periodic arrivals is ridiculous.

I deliberately waited for the series to finish its “march” on the screen of the “First Channel”, as I was convinced that he would go to the dustbin of history right away with the last credits. So it happened. Now his destiny is to hammer the air on satellite channels, as well as the fate of most telekartin authorship of new directors with their "new vision". The trouble is in the other - there is virtually no consistent alternative to such tapes. That is why “28 Panfilov” attracts attention only by the fact of appearance, but this just states a deep crisis.

Ctrl Enter
Noticed oshЫbku Highlight text and press. Ctrl + Enter
We are
Reports from the militia of New Russia for 27-28 September 2014 of the yearResults of the week. "Either true or all is well"
Military Reviewin Yandex News
Military Reviewin Google News
60 comments
Information
Dear reader, to leave comments on the publication, you must to register.