“Lady, and you yourself would pass such a test?” What smells like American politics

November 22 2017
14
Interfering with elections is not a Russian idea at all. Dr. Itzhak Calderon Adizes calls for reflection on this topic. Interfere in other people's choices? After all, it came up with the Americans, he said. Therefore, the attempts of current American politicians to accuse "of intervention" Moscow look ridiculous. Americans themselves would not have passed the test that they arrange Russian. 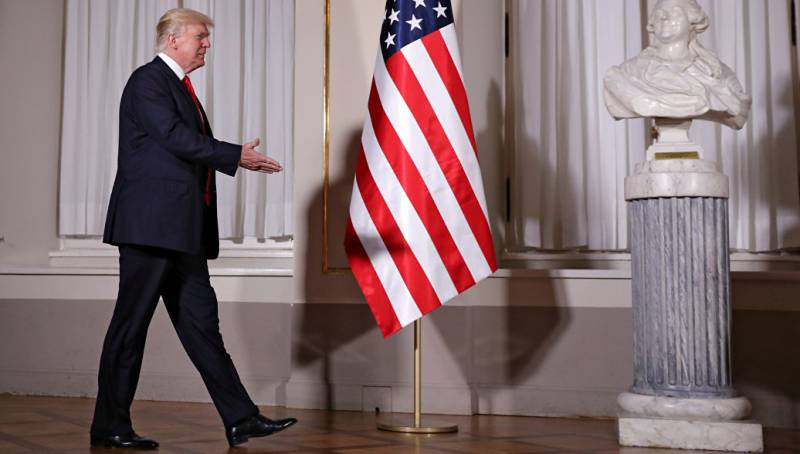 Columnist "Huffington Post", Ph.D. and Adizes Institute President Ichak Kalderon Adizes believes that the United States, continuing to accuse Russia of “interfering” in the 2016 presidential election of the year, is behaving ridiculously. After all, intervention in the elections was invented by Washington politicians who climbed to someone else's electorate at any convenient and uncomfortable opportunity.

Relations between Russia and the United States are tense. There are plenty of reasons. Russia "apparently intervened in the US presidential election." Russia is also a supporter of Iran, a country that the United States considers to be the “state of evil”. The Russians are supporting Assad in Syria, a man whom the United States would like to overthrow. There are suspicions that Russia "intends to go beyond its borders and invade the east of Ukraine." Perhaps the invasion threatens "some Baltic countries." Moscow has already "taken the Crimea, right?" “Enough reason to worry, right?” Adizes continues to sneer.

But is it possible to be sure of all this? The expert proposes to analyze all the above "reasons for concern."

What about the possible interference of Russia in the elections?

An old woman goes to the butcher to buy a whole chicken. The butcher gives her a chicken. She raises one wing, sniffs under it and wrinkles her face. Then he raises the second wing and says: “Phew!” Finally, the old woman raises her tail, sniffs her tail and is all twisted in disgust.

The butcher, towering over her, says: "Lady, and you yourself would pass such a test?"

So who are the Americans trying to fool? The CIA manipulated elections, revolutions, and played "in the royal court" wherever it saw fit.

Who overthrew Allende in Chile? But this man was democratically elected by the people!

It was the United States who invented electoral intervention, but now they behave as if such a "maneuver has never been and should not be."

What about those suspicions that Russia has decided to expand its borders?

Adizes believes that the “average person from the street” does not understand that there is a difference between the Soviet Union and Russia. Yes, the Soviet Union, professing communism, wanted to extend communism to the whole world. Yes, the Soviet Union threatened the market economy of the West. But today's Russia is not Communist! Culturally, this country is even “more capitalistic” (and materialistic) than the United States, the expert notes.

How can the West have as an ally Russia, in which the dictator rules? After all, democracy is supported in America.

It’s time to stop such hypocrisy, believes Itzhak Calderon Adizes. After all, the United States itself endlessly "supported dictatorial regimes." This was done in cases where such regimes "met their interests."

The following statement by the West: Russia and the United States have different geopolitical interests. Russia "intervenes in Eastern Ukraine and illegally seized the Crimea."

The analyst offers here something to "clarify." Putin, “like any other politician,” the author recalls, wants to “save his chair.” The uprising against corruption in Ukraine "threatened Putin's power," reminds Adizes. This revolution "could spread to Moscow." Russia, after all, is "also corrupt." As a result, Putin "did something" and thereby "defended his power." He "captured the Crimea, a region that most Russians still consider to be Russian." After that, the opposition, acting against Putin, "lost its voice", summarizes Adizes, but Putin's popularity "has increased significantly." And the threat of a color revolution has disappeared for him.

In addition, the scientist believes, Putin "should have supported the Russians in the east of Ukraine." Residents of Eastern Ukraine did not support the Kiev idea of ​​joining NATO. The implementation of such a plan could put the Ukrainians against Russia. Many people in Eastern Ukraine "do not even speak Ukrainian," the author points out. And they "identify themselves with Russia." Putin "could not ignore them." If he began to ignore them, people would consider him a "traitor", suggests Adizes. And Putin, of course, could not allow NATO to move up to the Ukrainian border of Russia. He could not allow even more missiles to approach Moscow.

So why is the West surprised? The United States "almost went to war" because of the missiles supplied by the Soviet Union in Cuba during the Caribbean crisis. These missiles were "too close to Washington."

Further. Because of the events in Crimea, the West imposed certain anti-Russian sanctions. Putin gave his answer to this. He undermined the position of the West in Syria and Iran, the analyst said. This is a typical game of the authorities of different states, which can be described something like this: once you have done this, I will do this, and then we'll see ...

Russia "should not be an enemy," the publicist sums up. She is "not an enemy." Russia has no desire to come together in conflict with the United States or with any other Western power. Russia "even tried to join NATO," and this idea was once rejected. But why? And because the American industrial complex needs to "have an enemy." Without an enemy, “defense budgets are drying out.”

Who else to designate an enemy, if not Russia?

Maybe all the same China? Yes, this is a “good candidate,” the columnist admits. It is "an ally of our most dangerous enemy, North Korea." However, "no, no way." The Chinese market is "too big." And the “business community” needs it.

What is democracy there! “Not human rights, but money. Money. Money, ”the author stresses. Therefore, to turn Russia into an enemy is “a political maneuver due to business interests.”

Itzhak Calderon Adizes with his inherent evil irony, we note, invites American politicians themselves to pass the test, which they are trying to arrange Russian. Will it pass? The answer is obvious.

What Russia has been accused of today with the scandals at the level of the US Congress has long been invented and has long been practiced by the Washington hawks themselves. To draw the right conclusion here, it is enough to recall Mr. McCain, whose election campaigns in the Senate are generously paid for by the military-industrial complex.

Observed and commented on Oleg Chuvakin
- especially for topwar.ru
Ctrl Enter
Noticed oshЫbku Highlight text and press. Ctrl + Enter
We are
Situational analysis of the death of the MH17 flight (Malaysian Boeing 777), made on the basis of engineering analysis from 15.08.2014Results of the week. “Russians, surrender, we are a horde!” - “And us - army!”
14 comments
Information
Dear reader, to leave comments on the publication, you must to register.