In the state of Texas crashed training aircraft Talon USAF

November 21 2017
19
On Monday in the state of Texas crashed supersonic training aircraft T-38 Talon, one pilot was killed, the other with serious injuries was taken to hospital, reports TASS. 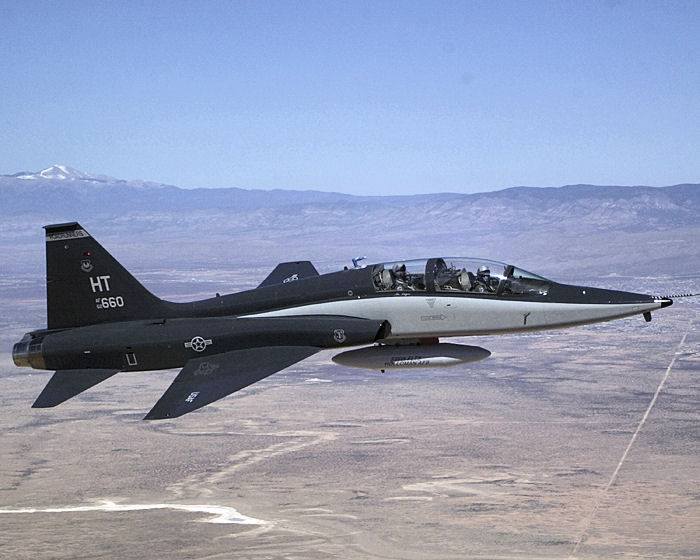 According to the military base located near the city of Del Rio, the crash occurred around 16: 00 local time (around 01: 00 on Tuesday Moscow time) in 22 kilometers north-west of the airfield. The plane crashed near the city of San Antonio near the Mexican border.

Currently, emergency workers and airbase representatives are working at the scene. The causes of the incident is not reported.

Double supersonic T-38 Talon aircraft are widely used by the US Air Force for training. As reported on the official website of the United States Air Force, more than 500 such vehicles are at the disposal of the military. The cost of one aircraft of this type according to modern estimates may be about 6-ty million dollars.

Ctrl Enter
Noticed oshЫbku Highlight text and press. Ctrl + Enter
We are
Reports from Strelkov Igor Ivanovich 18-19 July 2014 of the yearThe situation in the south-east of Ukraine. Chronicle of events. 3 May
Military Reviewin Yandex News
Military Reviewin Google News
19 comments
Information
Dear reader, to leave comments on the publication, you must sign in.