November 21 2017
52
The US State Department approved a document providing for the delivery of a lethal weapons Georgia We are talking about the possibility of selling Javelin anti-tank missile systems worth 75 million dollars. This was reported in the American media with reference to officials in the US State Department and the Pentagon.


Earlier, Georgia requested deliveries from the USA of more than Javelin 400 ATGMs. In addition, the possible contract provided for the training of personnel of the armed forces of Georgia on the use of American anti-tank complexes. 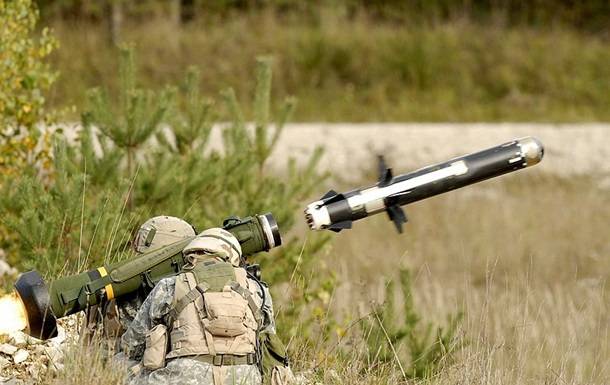 If we consider that the price of one Javelin ATGM currently amounts to about 250 thousand US dollars, then we can say that the USA sent less complexes to Georgia than was requested by Georgia. Or we are talking about "used" systems.

The Pentagon says that the future supplies of the ATGM of the Georgian army will allow it not only to better prepare the material and technical base for NATO standards, but also increase the possibility of Georgia’s defense. Also added that the supply of Javelin ATGMs "will not upset the balance of power in the region."

If we consider that Georgia is actively selling various weapons to Ukraine, it is quite possible to assume that in the event that Javelin is delivered to Tbilisi after some time, part of the party will move in the Ukrainian direction. Recall that Ukraine which year has been trying to bargain with the United States for the supply of anti-tank systems to further unleash a new round of civil war in the Donbas.

Ctrl Enter
Noticed oshЫbku Highlight text and press. Ctrl + Enter
We are
Results of the week. "Well, do not change me because of every idiot!"
52 comments
Information
Dear reader, to leave comments on the publication, you must to register.