As a boy, Kohl repented before the Bundestag 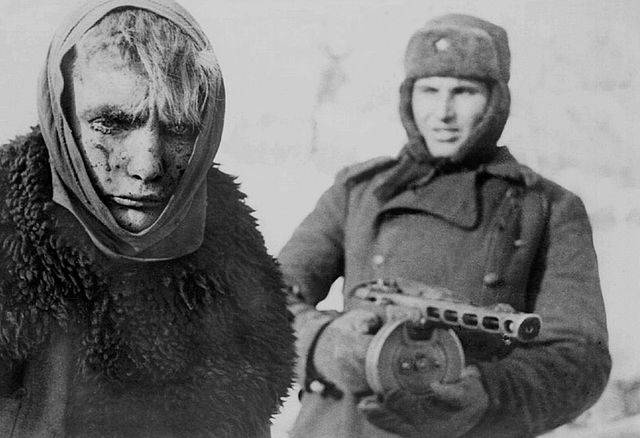 On Sunday, 19 November 2017 of the year (the date in this case is extremely important!) In the Bundestag, events dedicated to the Day of German Grief were held.

Why on this particular day? And because exactly 75 years ago, 19 November 1942, the offensive phase of the Battle of Stalingrad began, marking the final turning point in the Great Patriotic War of the Soviet people against the Nazi invaders of the Third Reich.

It was there, near Stalingrad, that the Nazi reptile had a broken ridge.

Yes, I know that “Germany’s Day of People’s Grief” has been celebrated since 1919. But this time, those who spent it, clearly dreamed of a Nazi revenge. And below I will justify why.

Firstly, modern Germany is the direct heir of the Third Reich. And in the western, capitalist part of it (FRG), the Nazis were never prosecuted and never ceased to be in power. And not single cases that could be attributed to a misunderstanding or an accident, but massively and systematically. This is not me saying, it is the Germans themselves saying.

Secondly, at yesterday's event, Nikolai Desyatnichenko, a Russian boy from Novy Urengoy, spoke in a shaking voice to the descendants of the Nazis who had gathered in the Bundestag about the plight of the Nazi corporal Georg Johan Rau.

Poor George did not want to fight so much that he reached as far as Stalingrad, where he was first surrounded in the “so-called Stalingrad cauldron” and then captured by the damned Soviet executioners. After that, George, who had been a corporal as early as 1941, and with probability 99% was previously a member of the Hitler Youth, suddenly realized that he definitely did not want to fight.

Yohan Rau! He only carried the civilization to the Asiatic hordes of subhumans, and then suddenly died from the "severe conditions of detention in captivity." The Geneva Conventions had to be applied to him, he was not a damned Soviet redneck, which can and should be rotten in concentration camps, but a representative of a highly cultured European nation.

The boy Kolya Desyatnichenko visited the burial of Nazi prisoners of war, and "deeply upset" because he saw "the graves of innocent people who were dead, many of whom wanted to live peacefully and did not want to fight."

It reminded me of an old Soviet joke (or caricature). Hitler in early May 1945, in a bunker, tells his adjutant:
“God is my witness, I did not want this war.”
- Yes, my Fuhrer, we wanted a completely different war.

Me in this stories interests a lot of questions. For example, why was there no performance of any British or American boy who would have told about the plight of German prisoners of war in the western occupation zone, in the "Eisenhower death camps"? 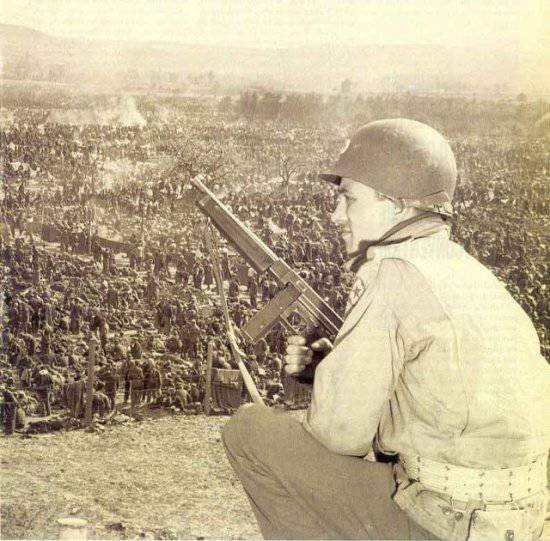 For some reason, Kohl himself didn’t condemn Hitler’s citizen, the head of the Great Reich of the German Nation, whose orders for the protection of the “fortress of Stalingrad” led to completely senseless suffering from cold and hunger and to the natural death of the majority of 300 thousands surrounded by жел unwilling ” to fight the "peaceful Germans". Kohl's boy is silent that of the thousands of 90 captured by the Nazis, 55 thousands were almost immediately hospitalized because they were on the verge of life and death due to starvation, frostbite and mental exhaustion. Young mankurt Nicholas shifts the blame from Mr. Hitler and the German people, caught up in the insanity of racial superiority, to the “stalingulag” and damned Russians - it turns out poor George died in March 1943 of the year of “terrible conditions of detention”.

No, Kolya, the apocalyptic pictures of the fields covered with dead Germans near Stalingrad are exclusively German wines. Collective 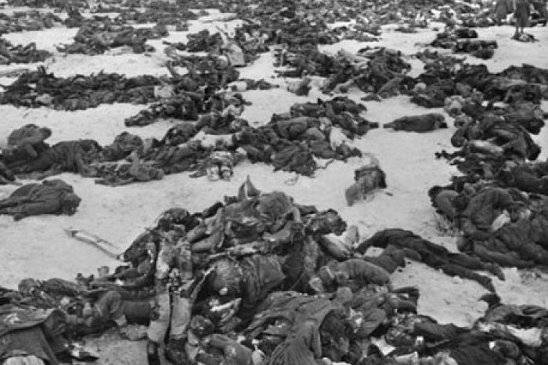 And the performance at the same event by Estonian Prime Minister Jüri Ratas (the Rat is a suitable last name for him) is very revealing, where he stated that “With the fall of the Berlin Wall, Europe reunited again and for Estonians, like for many other small nations ended in a seemingly endless nightmare. We live in a happy, peaceful time. Our homes are free from foreign power, and we feel safe. ”

"Endless nightmare" - this, of course, the USSR. And the “foreign power” is the damned Russian / Soviet. Now you can freely honor the SS legionnaires.

In general, a real sabbath of Russophobia and Nazi revanchism was held in the Bundestag. For the sake of completeness, what was missing was the performance of some “wiped up by the UPA”.

But I still have a number of questions. Not to the boy, no. Parents-degenerates (we can’t say for sure, but there are suspicions) raised a degenerate son. But someone found this boy? Did someone give him a task? Did someone help him prepare the text? Someone paid a trip to Germany and organized his speech?

The Nazis seize power in Berlin, instigated by the Anglo-Saxons, Poland barks in the direction of Germany, Bandera in Ukraine ... something familiar in this story ... again, after all, it will end with the Russians tanks on Scheidemannstrasse ...

Ctrl Enter
Noticed oshЫbku Highlight text and press. Ctrl + Enter
We are
About Stalin and KhrushchevWhat you didn't want to know about England
140 comments
Information
Dear reader, to leave comments on the publication, you must to register.