To say “thank you” for the “innocently killed” Wehrmacht soldiers? 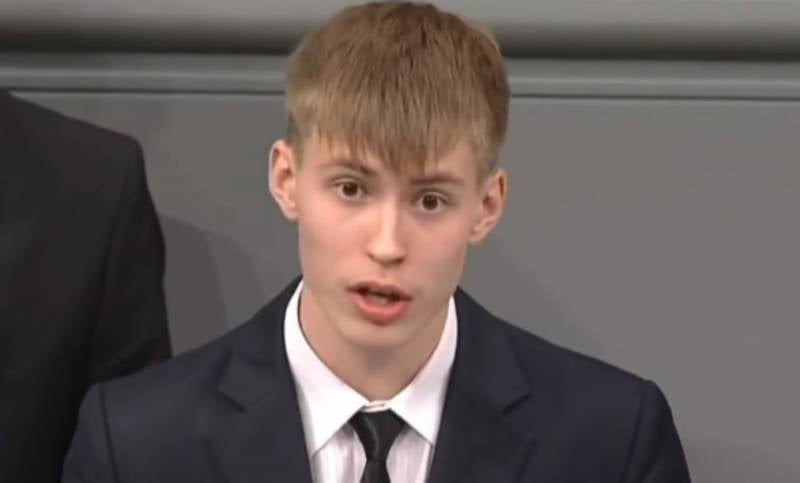 This is exactly the case when nothing needs to be ignited, everything burns beautifully by itself.

What happened in the Bundestag with the performance of a minor admirer of the poor dead German soldiers in the Soviet camps Kolya Desyatnichenko has already caused such a storm of righteous anger that I do not even know how he will continue to live in his New Urengoy. If you read what they say novoyengoytsy in social networks, live Kolya will be very sad.

I count on this very much.

Not even a patriot. Like a normal grandson of his grandfather, he received the first military award in the "so-called Stalingrad cauldron". But it is in the puppeteers Desyatnichenko that is the cauldron, I have it called the defense of Stalingrad. The first medal of the grandfather was called the same way.

The fact that Kolya Desyatnichenko, for his short and useless life, has so far mastered only the function of reading a piece of paper, is not his fault, in principle. And with great pleasure, I would ask questions to those who wrote this paperwork.

Fully agree with our reader svp67:

“And then there are more questions. The young man did not speak from the heart, but read the prepared text in advance. And now the questions: and who wrote it, who edited, who checked, who gave the GOOD? So there will be one more kipisez ... Many of their quarries may roll downhill ... "

Let's deal with questions. And first of all - the teacher stories. 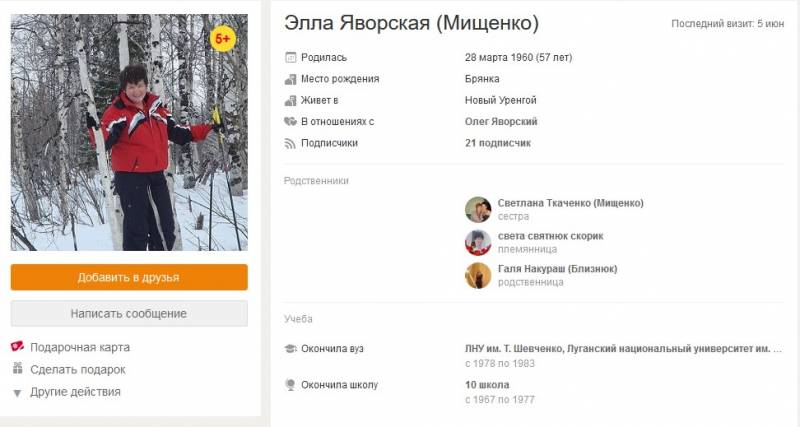 Meet: Ella Yavorskaya, in addition to teaching the subject, she is also the deputy director for educational work of the Novy Urengoy Grammar School MBOU. It was she who prepared Kolenka for history olympiads in which he seemed to be showing results. 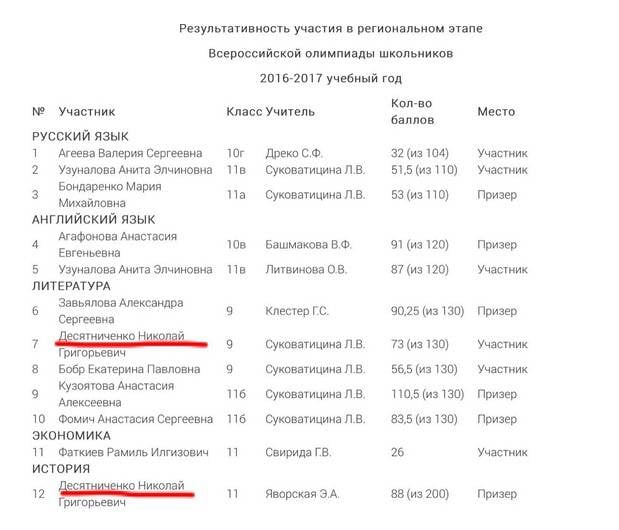 Not special, so I will not comment on 88 points from 200. Maybe this is a great result.

Her husband, by the way, also works very successfully in the field of history teaching, only in a technical school. In the same New Urengoy. 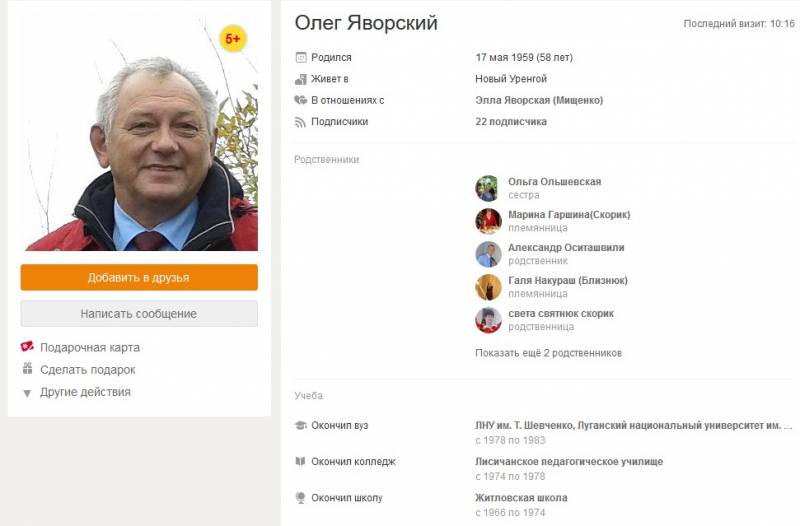 In general, thanks to the Taras Shevchenko Luhansk University for such professional staff. From the heart.

There are questions to the mayor of New Urengoy, who so vehemently stood up for Desyatnichenko. Yes, of course, pulled out of context and misunderstood. Old reception.

But unprofessionalism is no good.

The head of Novy Urengoy, Kostogriz, Ivan Ivanovich, was born in 1960 in the Poltava region, also in Ukraine. In 1980, he became a student of the Higher Komsomol School under the Komsomol Central Committee in the specialty “History”, from which he graduated in 1984, receiving the qualification “History Teacher”. 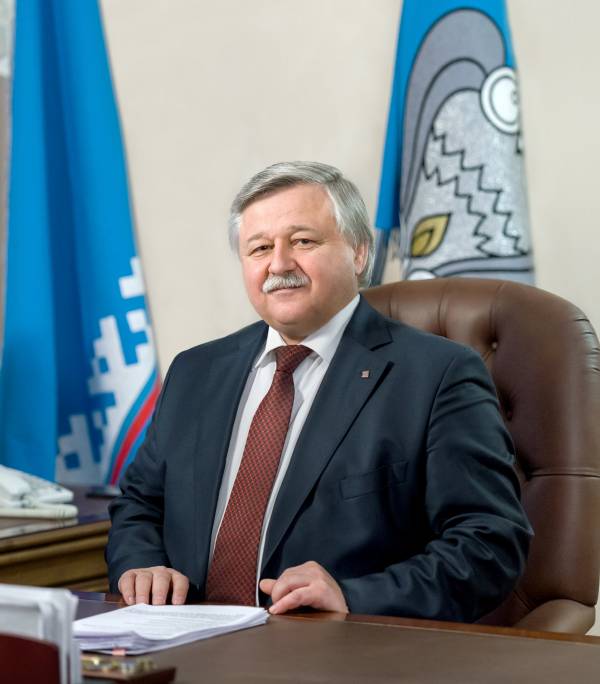 It is an understanding person. It is clear that he did not read Desyatnichenko’s paperwork, but he is obliged to intervene for the honor of his fellow countrymen. What - another question.

No, no, no kindling, we all know how many natives of Ukraine live in those places. And all of them, as one, the patriots of Russia, ardently loving their homeland.

This is definitely a coincidence, nothing more.

But who would really like to ask the question “Where did you look?” Is the director of the gymnasium. 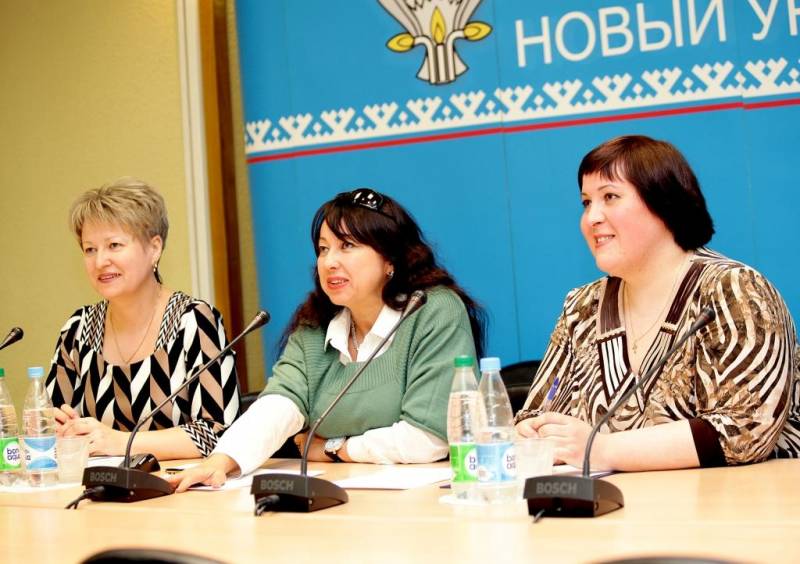 Since 2010, she has been supervising MBOU Secondary School No. 15 as a school principal.

Member of the All-Russian political party "United Russia", chairman of the local control and auditing commission of the Novy Urengoy local branch of the WFP "United Russia".

Deputy of the Novy Urengoy Duma in the electoral district No. XXUMX.

Apparently, the deputy duties on control and auditing simply did not allow Mrs. Kashnikova to monitor and audit in her gymnasium. So everyone understands that a member of the "ER" can not be the enemy of his people, is not it?

But who then made the costume? Who nalalev this sheet and gave it to Kolya? He himself could not, he read it with difficulty. But after all, someone needed it, since the river has sounded!

There are also questions to Wintershall, which has troubled its affairs with Gazprom and is behind all these “exchange” schoolchildren operations. Ten years of cooperation, the result, as we see, is obvious.

If the person in whom spat, would not be the face of Russia, it would be possible to keep silent.

But not on the eve of the 75 anniversary of the brilliant defeat of the Nazis at Stalingrad. Where did all those lucky, went to the camps.

So why don't the scoundrels from history cry for the three million Soviet soldiers who are truly innocently killed in German concentration camps?

Ah, poor boy wanted more wars? What do you mean? And what did he then lament the German soldier who came to the Russian land?

Thank you, Mr. Miller, thank you, Mr. Meren, a luxurious exchange turned out. I don’t know what the German children said there, just Desyatnichenko was enough.

Thanks to Mrs. Yavorskaya and Kashnikova for such an excellent preparation of the younger generation. Thanks to Mr. Kostogrizu for protecting his countrymen.

In general, from the understanding of the ugliness of the situation and hatred really shakes.

Fairly ask: where did the parents look? I don’t know where my mom looked, and Gregory Desyatnichenko’s dad at Kolenka, leads the economic security group at Rosneft, he’s not too busy with such things. Big man ...

But, probably, Grigory Desyatnichenko is proud of his son. How, in the Bundestag spoke, spat a whole country ...

And what else infuriates is a lie. Russian search engines look for the Germans and bury them just like their own. If I hadn’t seen it with my own eyes, if I hadn’t shown German and Hungarian cemeteries in my articles, I wouldn’t be caught up.

But after all cemeteries stand. And no one destroys monuments, does not drench paint. Rest in peace with those who came to us with the war.

Where there Kohl saw a mess, I don’t know, I know that all actions in this direction are carried out according to the letter of the interstate agreements concluded as early as 1992 year. And Russia has never had any complaints.

We would try not to do something, howl would raise in the West, can you imagine? This is not a monument to Russian soldiers to demolish ...

Kolenka would not be upset by the “terrifying state” of the graves of German soldiers, but by dozens of our torn down monuments throughout Europe.

I would very much like Mrs. Kashnikov to be deprived of his deputy’s mandate and sent to clean up the gymnasium. And to begin with the fact that Mrs. Yavorskaya (Mishchenko) to send away from the teaching work.

I am glad that, in addition to expressing the opinion of ordinary users of the network, there are people who rushed to protect what really needs to be protected.

A deputy of the legislative assembly of the Yamalo-Nenets Autonomous District, Elena Kukushkina, addressed the regional prosecutor's office, the department of education, and the gymnasium where Nikolay Desyatnichenko is studying.

“I am not more worried about this boy, but who oversaw his project. That's what struck me the most: in this report words like “fought”, “fallen soldiers in battles”, “the so-called Stalingrad cauldron” are used to the German invaders ... Manner, the presentation of the report itself struck. These things need to nip in the bud. We will go so far as to propose a review of the results of the Great Patriotic War. ”- said Kukushkina in the comment "Komsomolskaya Pravda".

Well-known blogger Zergulio, in the world Sergey Kolyasnikov, without further ado, wrote to the FSB, the Prosecutor General’s Office and the presidential administration.

“I ask you to give a legal assessment of the actions of Nikolai Desyatnichenko, student of the M.O. Urengoy Grammar School, in relation to 1 and 2 parts of the 354.1 article. Criminal Code of the Russian Federation "Rehabilitation of Nazism".

I ask you to check in MBOU "Grammar school of N. Urengoy", including the school curriculum on the subject "History", in relation to parts 1 and 2 of the article 354.1. Criminal Code of the Russian Federation.

I ask you to check the content and training materials of the Wintershall international exchange program between the gymnasium of the city of Novy Urengoy and the gymnasium named after Friedrich in relation to parts 1 and 2 of the article 354.1. Criminal Code of the Russian Federation.

I ask you to inform about the results of the inspection within the period established by law.

I admit, I didn’t think very long, I just copied all this and sent it to the same addresses.

As a result, I still want to say a huge thank you to the gentlemen Medvedev and Fursenko, the authors of the USE program. Now we are reaping the fruits of this miracle program, and we sip a full bucket.

By the way, in the same place not only the wonder-Kolya distinguished himself. Irina Kokorina is concerned about the fate of another "victim" German. Julius Vogt, who was captured by Russian soldiers.

“I was saddened by what I saw, because so many innocent people who wanted a peaceful life died. Thanks to this project, I was able to study in more detail the biographies of German soldiers, learn about their lives, and dive deep into that difficult wartime. ”

By the way, no one was interested in the fact that from Novy Urengoy to Kopeisk, where in such a terrible state the graves of the fascists, "just" 1900 kilometers? One Thousand. Nine. Hundred. And, as I understand it, there are no direct flights.

Nevertheless, the choice of school from New Urengoy is absolutely not accidental. This is the place where Gazprom and Wintershall lead their joint projects. And the Germans, in addition, have a blocking stake (25,01%) in a project to develop and develop areas of several Achimov deposits of the Urengoy oil and gas condensate field.

Trifle, but nice, isn't it?

It is clear that money does not smell, but there must be at least some limit to the whole bacchanalia? It is clear that Mr. Miller and his yard managers do not give a damn about our history and our dead soldiers. It is for this reason that such “projects” are born, which are essentially just anti-Russian provocations?

Of course, do not care. These are people from the "holder" ...

But in general, the children were in a modern state trend. What claims to them, if the head of the presidential administration, together with the Minister of Culture, solemnly open a memorial plaque to Hitler's ally Mannerheim, and the official of the Ministry of Foreign Affairs openly declares that "Stalin is worse than Hitler"?

And then it will only get worse. So, thank you all for our future in the EGE style, we are going to prepare to repent and pay descendants of the Wehrmacht and SS warriors compensation for Stalinist repressions.

Or to watch how the grown-up children of the gates of Gazprom and Rosneft will do it.

Ctrl Enter
Noticed oshЫbku Highlight text and press. Ctrl + Enter
We are
Results of the week. "Either true or all is well"Results of the week. "Well, do not change me because of every idiot!"
Military Reviewin Yandex News
Military Reviewin Google News
312 comments
Information
Dear reader, to leave comments on the publication, you must to register.