November 20 2017
26
A batch of 5 new Ansat-U helicopters entered the Academy. Zhukovsky and Gagarin, passes Interfax-AVN message of the press service of the Ministry of Defense. 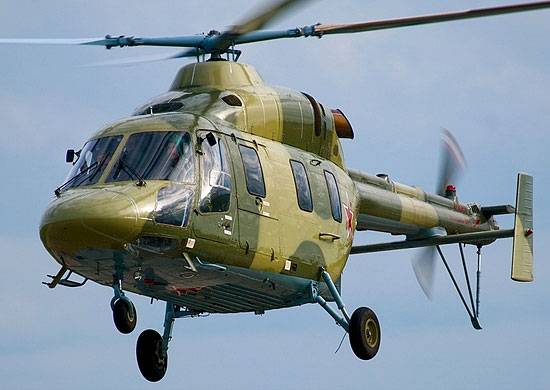 It is reported that "earlier the engineering and technical staff of the Academy performed a comprehensive technique at the factory, checking the operation of all systems and mechanisms in various modes on the ground and in the air."

According to the press service, this year it is planned to deliver another batch of helicopters of this type.

In September, the head of the Academy, Colonel-General Gennady Zibrov, said that the university plans to soon receive Ansat 10 helicopters for training cadets.

Help Agency: “Ansat” is a lightweight twin-engine multi-purpose helicopter, whose mass production is deployed at the Kazan Helicopter Plant. According to the certificate, the design of the helicopter allows you to quickly transform it into a cargo and a passenger version with the ability to carry up to seven people. "