November 20 2017
5
The Ministry of Defense of Slovakia and Finland concluded an agreement on the implementation of a joint program of development and supply of new armored personnel carriers for the Slovak army with a wheel formula 8х8 based on the platform Patria AMVXP, reports bmpd with reference to the Finnish group Patria. 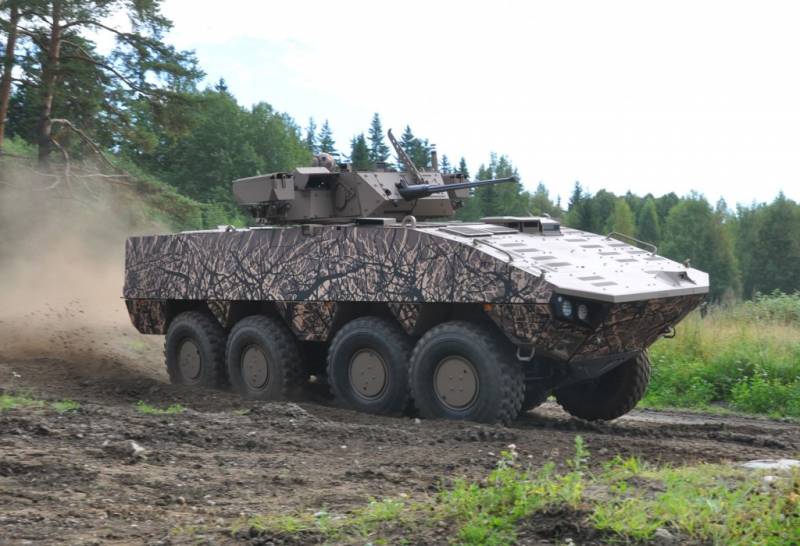 In addition to the Patria group, which will supply the corps, Slovak companies Konstrukta Defense as and EVPU as (the developer and supplier of the combat module) will also take part in the program.

In the near future, partners should produce a prototype of an armored personnel carrier that will undergo an intensive test program in Slovakia and Finland. In total, the Slovak military plans to purchase an 81 machine in 2018-2024.

The press service of Patria also reports that the new version of the AMVXP BTR for Slovakia should be floating and should be equipped with a new version of the EVPU (Nova Dubnitsa) uninhabited Turra module. The armament of the module will include an 30-mm 2-42 automatic cannon, a twin PCT 7,62-mm machine gun and two ATGM launchers (standardly Konkurs / Fagot).

At the same time, the possibility of using the ATK Bushmaster II 30-mm cannon and the Rafael Spike-LR ATGM system is announced.