November 20 2017
15
A strategic reconnaissance aircraft of the US Air Force RC-135W on Sunday made a long flight at the land and sea borders of the Kaliningrad region, reports Interfax Post by Western Military Tracking Sites aviation. 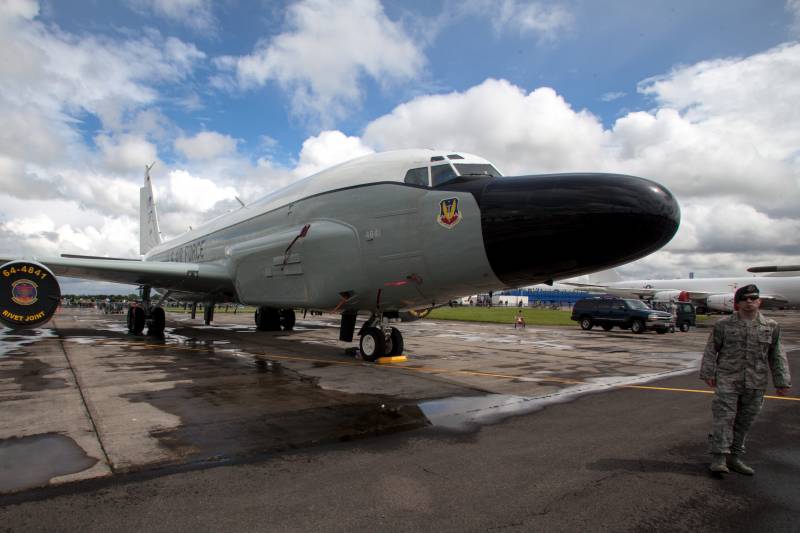 According to the information resources, the American aircraft with a tail number 62-4132 and callsign AMANI52, departing from Mildenhall airbase in the UK, "cruised for several hours near the land border of the region, while in the sea in the Baltic Sea".

The duration of the reconnaissance aircraft was a total of more than 6,5 hours. After departure from the base of his route ran over Holland, Germany and Poland. According to the sites, the plane spent around 3's hours near the Russian border.

In just the past week, at least 4-s flights of American aircraft, including near the borders of the Leningrad, Pskov and Kaliningrad regions, were recorded at the Russian frontiers in the Baltic region.

Ctrl Enter
Noticed oshЫbku Highlight text and press. Ctrl + Enter
We are
US and Swedish reconnaissance aircraft again conduct reconnaissance of the Kaliningrad regionPoseidon passed along the Crimea
Military Reviewin Yandex News
Military Reviewin Google News
15 comments
Information
Dear reader, to leave comments on the publication, you must to register.