In Kiev, in the Park of Eternal Glory, unknown persons poured cement for a second time on the Eternal Flame
- reported on the website of the channel. 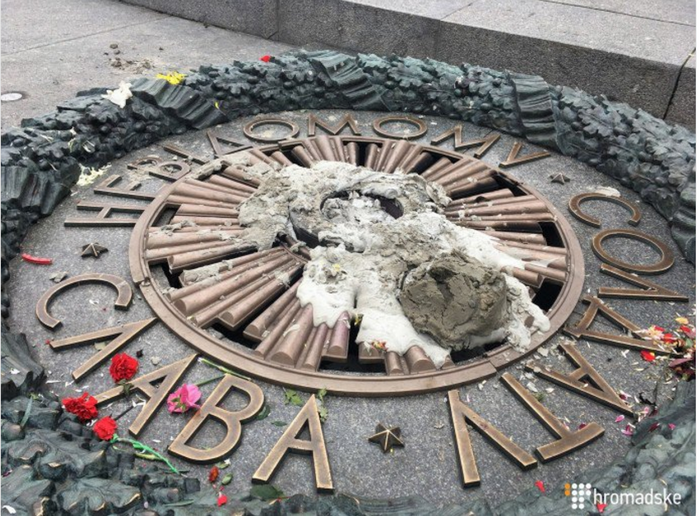 It is noted that the incident occurred at night, on-site police are working, looking for intruders.

On November 7, unknown persons have already poured cement on the Eternal Flame memorial in the Glory Park in Kiev. The city authorities demanded to bring the vandals to justice. Law enforcement officers opened a criminal case on the fact of damage to the memorial. Russian Foreign Minister Sergei Lavrov said that desecrating the Eternal Flame memorial in the capital of Ukraine is an unacceptable blasphemy.

Ctrl Enter
Noticed oshЫbku Highlight text and press. Ctrl + Enter
We are
Results of the week. “Take off your hats! Expose the head! The body will be taken out now! ”
Military Reviewin Yandex News
Military Reviewin Google News
33 comments
Information
Dear reader, to leave comments on the publication, you must to register.